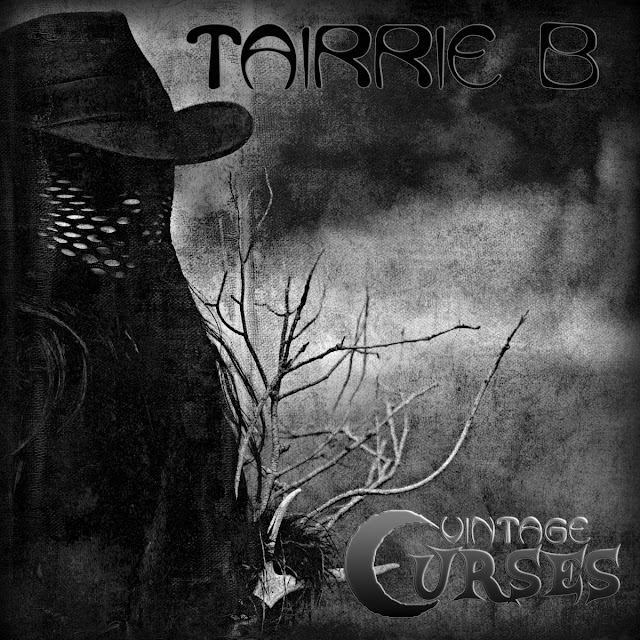 Tairrie B, motherfucker. Remember me?


Tairrie B has never done things the “right” way.

In 1987, the 22-year-old landed a gig singing in Bardeux, a Dance Pop duo that scored a Billboard hit right out of the gate with the track “Three Time Lover.” This kind of shot at fame would have been a dream come true for most young performers, but Tairrie saw things differently. Instead of playing it safe and building a life in the Pop world, Tairrie – very blonde and very white – opted instead to enter the world of Hardcore Rap. Hooking up with the notorious Eazy-E (and signing with his Comptown Records imprint), Tairrie released 1990's blistering The Power Of A Woman.

Issued during an era of gun-waving machismo, The Power Of A Woman remains one of the genre's truly incendiary feminist statements, an album tough as nails and bursting with confidence. At a time when other Hardcore Rap videos showcased the grittiness of the streets (and often portrayed women as little more than ornaments), Tairrie's classic video for “Murder She Wrote” embraced film noir, presenting her as a gangster moll and a female mafia boss in complete control of her environment. And the contradictions didn't end there: Although released by a label operated by one of the most controversial artists of his time, The Power Of A Woman was commercial enough to appeal to a more mainstream audience, as Tairrie's appearance on The Party Machine with Nia Peeples demonstrated.


Tairrie ended The Power Of A Woman with “Ruthless Bitch,” a brutal diss track that spent nearly nine minutes taking down everyone from her former Bardeux partner Stacy “Acacia” Smith to Dr. Dre. (As anyone who has followed Tairrie's Facebook page and numerous mainstream media sources in recent times knows, her notorious relationship with Dre – including the Rap mogul's much-discussed assault against her at a Grammys afterparty in 1990 – has been making considerable headlines lately. This and many other topics will be explored in a multi-part interview with Tairrie on this site in the very near future.)

With such a powerful debut release setting the stage for a fruitful career, Tairrie went back to the studio and began laying down tracks for a second album, Single White Female. But in true Tairrie B fashion, she decided to go in a new direction. Scrapping the album and her career as a rapper in the process, she dyed her hair black and formed Manhole (later renamed Tura Satana), a brilliant act that blended Rap and Metal over the course of two albums that are worth seeking out. Before those following Tairrie could catch their breath, she had gone from working with the N.W.A. camp to doing a Cro-Mags cover with Machine Head.

When Tura Satana called it a day in the late '90s, Tairrie continued following her Metal muse with her next group, My Ruin. The band's second album, 2000's essential A Prayer Under Pressure of Violent Anguish, marked the debut of guitarist Mick Murphy, who later married Tairrie and has served as her musical collaborator ever since. In addition to maintaining My Ruin's heavy touring and recording schedule, Tairrie spent the past several years building a successful online company (Blasphemous Girl Designs) and indulging in intriguing musical side projects like The LVRS. By all appearances, her life as a rapper was in rear-view mirror.

Of course, this is Tairrie B we're talking about here, so the only thing we should expect after the last 25 years is the unexpected. Tairrie's return to her roots began in 2010, when she and Mick released a cover of the 1994 Dr. Dre/Ice Cube track “Natural Born Killlaz” under the name Death Work Professionals. Fast-forward to 2015, and the Ruthless Bitch is back in back in full Rap mode. But does this mean that Vintage Curses is a full-on return to what she gave us on The Power Of A Woman? Well, yes and no. Yes, Tairrie is back to delivering rhymes with the same lethal energy she brought to the table in 1990, but it would be foolish to think we'd be experiencing the same person who graced video screens a quarter-century ago. The Tairrie B of today is a dark-haired, tattooed wicked witch with a Gothic flair, a deepened voice and a sharper attack than ever before. Forget Compton – this Tairrie B comes straight outta your darkest visions and nightmares. Considering that Tairrie is 50 and decades away from her days of a full-time rapper, it is reasonable that some fans of the genre would look at Vintage Curses with skeptical eyes. Fortunately, it takes only one listen to album opener “Beware The Crone” (which finds Tairrie using “crone” as a word of empowerment the same way she used “bitch” back in the day) to know that she is as outspoken and real as ever.


Not surprisingly, Vintage Curses is a decidedly dark affair. References to the Left Hand Path abound, while Tairrie's husky vocals add an air of menace to the macabre proceedings. Live drums (courtesy of Mick) give many of the songs an organic feel, while this Rap album favors samples of Pentagram over P-Funk. (The autobiographical “Spirit Queen” uses the Virginia Doom gods' 1973 track “Forever My Queen” as source material.) Although witchcraft and the Devil make regular appearances throughout the album, it is clear that the most intimidating element of the album is Tairrie herself – a take-no-bullshit woman who, as she says on “Spirit Queen,” is “a survivor in an industry that kills artists.” And Beelzebub? That poor guy doesn't stand a chance against her. (“I don't worship Satan/He worships me” she proclaims during “Devil May Care,” a song that drives the point home with samples from Cliff Richard's “Devil Woman.”)

On Vintage Curses, we get inside the mind of a deeply creative woman who is perhaps too Metal for old school Rap fans and too Rap for the Goth contingent. Of course, this kind of musical and aesthetic dilemma is exactly what has driven Tairrie's career from day one, and exactly what gives this album its heart and soul. (As she said on The Power Of A Woman's “Swingin' with 'T'” way back in 1990: “Rappin' comes from the mind/Not from the look.”) This is music made by someone with the confidence and strength to do whatever she wants without answering to anyone. The proclamations of her formidable might heard throughout Vintage Curses are not mere boasts – they are statements of fact.

With the first 25 years of Tairrie B's career proving to be one of the strangest and most fascinating narratives in music history, Vintage Curses sets the stage for future explorations from a truly independent spirit who never disappoints. The album is “Occult Rap” by a Metal singer, but it's also the most Punk Rock thing this writer has heard in years.