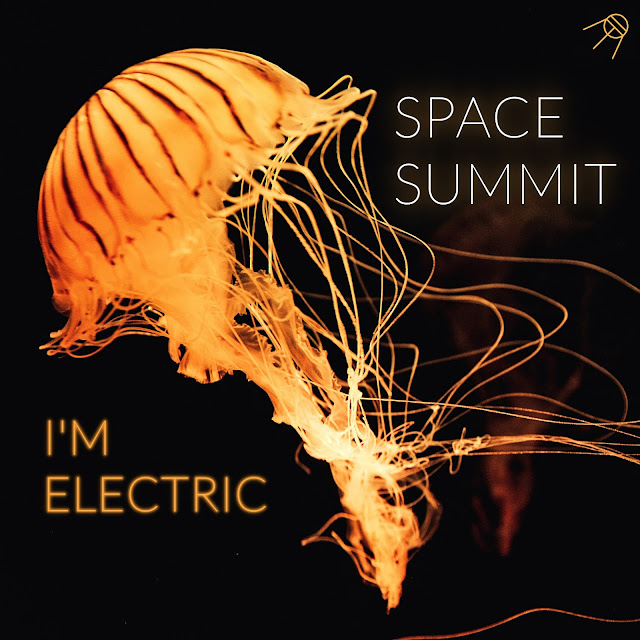 Already a favorite musician of mine long before I launched this website, Marty Willson-Piper has become my most covered living artist since our initial interview in 2018. This is due to the fact that the man never slows down and keeps coming up with new things for me to write about. Although he is best known for his 33-year run as the guitarist and occasional vocalist for Australian Alt Rock legends The Church, the British multi-instrumentalist has seemingly spent every second of the eight years following his departure from that band creating and celebrating music in any form he can grasp. From overseeing the immense In Deep Music Archive in Cornwall to participating in far too many musical projects and collaborations to list here, he is constantly unveiling new sounds while perpetually jumping to the next thing. (It’s highly likely he’s started at least three new recording projects by the time you finish reading this piece. I’m not kidding.)
Now, not even four months since the release of MOAT’s Poison Stream (the latest album from his extraordinary project with Niko Röhlcke of Weeping Willows; check out my review), Willson-Piper is back with yet another entity, Space Summit, and another new album, Life This Way (coming this month as a download, this September on CD and early next year on vinyl). This time around, he’s crafting tunes with Minneapolis-based singer Jed Bonniwell. Space Summit made its debut with the June 9 release of the aptly named “I’m Electric,” which features Willson-Piper assuming guitar and bass duties in a louder and more raucous fashion than anything heard on Poison Stream. Musically, the track is all over the place in the best possible way, touching on everything from Grunge to Psychedelic Folk to Britpop. It’s a stunningly gorgeous combination that somehow retains a sense of cohesion and Pop sensibility amidst the waves of eclecticism. Have a listen below:
Recorded in America, Borneo, Sweden and the UK during the pandemic, the forthcoming Space Summit album finds Willson-Piper and Bonniwell joined by harmony vocalist Phoebe Tsen (of Borneo-based duo Avery Fos) and a very familiar cast of characters: Willson-Piper’s wife, Olivia, who contributes violin and backing vocals; longtime friend, collaborator and Noctorum partner Dare Mason (who co-produced the album in addition to providing keys and slide); and stellar MOAT/Noctorum drummer Eddie John. Keep watching this space; there will surely be more to come from Willson-Piper, Bonniwell and co. leading up to Life This Way’s release.
Space Summit Website
Space Summit on Facebook
Space Summit on Instagram
JOEL GAUSTEN ON FACEBOOK

The Dictators are making new music in 2021.

REVIEW - GWAR: The Disc with No Name 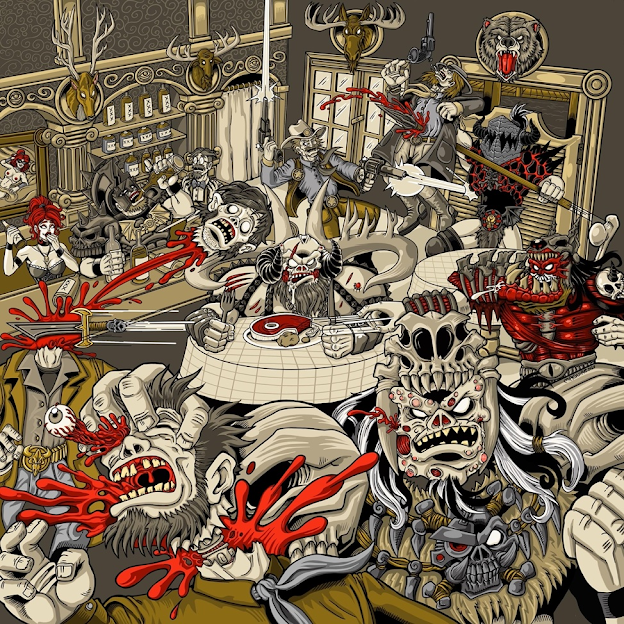 It’s tempting to say that GWAR are unlike any other band on Earth, but it would be a great insult to suggest that these sonic warriors have anything to do with this wretched orb of scum and feces.

Hailing from the planet Scumdogia (which, under close scrutiny, looks an awful lot like Richmond, Virginia), GWAR have been punishing the human race with their music and stage shows since the mid-’80s. Although the gallons of blood, jizz and other foul substances they’ve dumped on audiences worldwide over the years have earned most of the attention, there’s always been a truly musical side to the madness that is impossible to deny. Released last week on Pit Records, The Disc With No Name drives this point home more than any other release in the group’s 33-year-old discography.
Issued as a 12-inch picture disc that promptly sold out (with a digital version still available), The Disc With No Name finds our favorite Scumdogs (wait for it) going acoustic. Really. On the surface, it’s a ridiculous concept. Why on any planet would GWAR – a band known for heavy theatrics and grotesque sounds – go the Tesla/Extreme route for fucking anything? Here’s the thing: Remove the costumes and bodily fluids and strip away the Metal and you’re left with… well, four perfectly well-executed and enjoyable unplugged renditions of GWAR classics.
It’s been seven years since GWAR’s fearless and sexy leader, Oderus Urungus (Human Slave: Dave Brockie), lovingly clutched his Cuttlefish of Cthulhu and sailed off this mortal coil to pillage and destroy in the afterlife. This tragic event disrupted the universe enough to bring about the arrival of The Berserker Blothar (Human Slave: Dr. Michael Bishop, Ph.D.), who once inhabited the corporeal form of bassist Beefcake the Mighty. The brave (but still puny) humans who gave the Blothar-fronted version a chance were rewarded with 2017’s The Blood Of Gods, a ferocious album that showed that GWAR had plenty of life left in them despite suffering such a sad loss. That album featured the single “Fuck This Place,” which GWAR recreate here in an acoustic form that adds a clear air of sad reverence to their fallen comrade:
Oderus
You left us stranded on this world of pus
And in death you have forsaken us
Oh, this planet fucking sucks.
Okay, so it’s not “Wish You Were Here,” but this is GWAR – and as poetic and sappy as these cretins are likely to get. The song’s stripped-down approach allows Blothar’s strong voice – a sound not unlike W.A.S.P.’s Blackie Lawless in his codpiece-donning prime – to soar in ways that reveal a truly talented Rock singer underneath the stage gear. (While we’re on the subject of Blothar, check out his human slave’s utterly fascinating TED Talk on the philosophy of GWAR and how it plays into the culture of Richmo…err, I mean Scumdogia. And then check out the phone sex transcript – sorry, Q&A interview – I did with Bishop’s human slave master a few years back.)
The updated acoustic version of the GWAR love ballad “Gonna Kill You” (off 2007’s Carnival of Chaos) is kinda like Poison’s “Every Rose Has Its Thorn” but intentionally silly. An upbeat guitar accompanies Blothar’s surprisingly soulful delivery, which – gasp – actually surpasses Oderus’ original. (It’s funny, but I felt a sharp – but not entirely unpleasant – pain in my anus as I typed those words.)
First appearing in electric form on The Blood Of Gods, “I’ll Be Your Monster” gets turned into a ZZ Top-tinged rave-up accented by the Bluesy power of Blothar’s howling.
The EP concludes with a somber take on “The Road Behind” (from 1992’s America Must Be Destroyed). In this form, GWAR’s tale of tour weariness plays like Bob Seger’s “Turn the Page” but with considerably more bile and gore:
Hanging out backstage
I'm in a homicidal rage
I signed a million-dollar contract
I puked on every page
Slaughtered half the crew
’Cause they ate my deli tray
Oh baby, hey
Said I'd do the show, but I canceled anyway.
Here’s what Blothar had to say about recording this impressive new release:
“During the quarantine of 2020, I spent long, lonely days with my hand down my pants, hiding out in a fortress made entirely of rolls of toilet paper, drinking hand sanitizer and watching 1000-Lb Sisters... which is business as usual for me. So, I was relieved when I got the call to lay down some vocals on The Disc With No Name. We recorded this record over the telephone, which was fine with me, because I can’t stand to be in the same room as the other members of GWAR.”
Lovely as always, sir.
Ultimately, The Disc With No Name succeeds in showing the rest of this awful planet what those who’ve followed this band for years already know: There’s a helluva lot of brains, heart and songwriting craft fueling the GWAR machine. They may be monsters from another world, but their human slaves are smart and deeply creative souls. It’s really cool to hear the band like this, and I’m hopeful that a triple-CD offering of polka numbers is right around the corner.
A Phone Call with GWAR
Official GWAR Website
JOEL GAUSTEN ON FACEBOOK