My early morning was rattled by the news that we’ve lost Taylor Hawkins at 50. It was a very sad and heavy thing to read before my first cup of coffee. He was more than an extraordinary drummer; he was a good dude.
Back in the early 2000s, I lived in Tarzana, CA at an apartment off Reseda Blvd. There was a record store right down the street on Ventura. Naturally, I’d walk over there many times a week and chat with the guy behind the counter. Taylor – a blonde ball of frenetic energy who’d bring the atmosphere up a notch or 20 just by blowing through the door – was another regular. He was one of my kind – a diehard music geek who knew the magic of hanging out at a record store. You could probably imagine the kind of sprawling conversations that took place. Never once did he bring up the fact that he happened to be a member of one of the biggest bands in the world.
One day, he came in and played a rough recording of a side project he was doing. (If I recall correctly, it was nameless at the time.) It fucking rocked! I told him I really liked it and that the groove and production reminded me a lot of early Sabbath. His eyes lit up. He got that I got it. It was one of those awesome moments that music nerds share. That was the last time I saw him before I moved back east.
I’ve never been much of a Foo Fighters fan, but I’m sure as hell a Taylor fan. Yeah, his band fills stadiums, but he was just a regular guy who loved music. He was one of us. Even if you don’t like his main gig, I promise you that you would have loved him.
I never did follow up to see if that recording he played in the store that day ever became anything. Today, I’m going to hunt through Taylor’s discography (via online sources instead of store shelves, sadly) and see if I can find it. I’ll know it when I hear it. If my journey is successful, then you can bet I’ll spend my day grooving to it like a motherfucker. Just like any music geek does when they find their treasure – and just like I knew Taylor did whenever he found something cool at that record store in Tarzana way back when.
I can’t think of a better way for me to honor him today.
JOEL GAUSTEN ON FACEBOOK

"Our Future Was in the Past:" Does the Andy Gill-Less Gang of Four Measure Up?

“Nostalgia, it's no good. 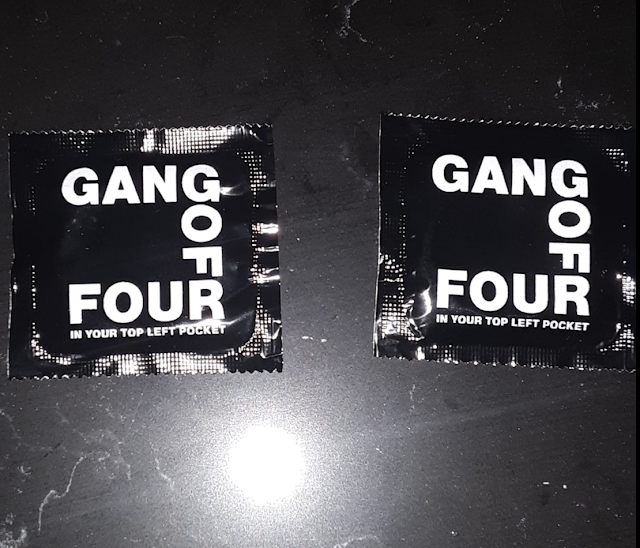