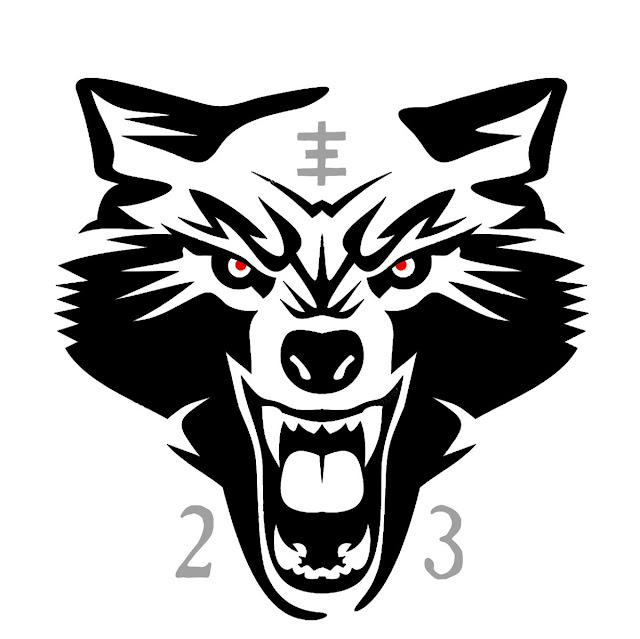 I'm very proud (and equally sad, in light of the circumstances) to announce that my 2011 solo track "Spiral" is included on a new compilation album benefitting GENESIS P-ORRIDGE.

Link to My Individual Track: https://wolfpack23.bandcamp.com/track/spiral

I've gained inspiration from Gen since first hearing Throbbing Gristle in grade school. It's an honor to have the opportunity to give back.

Beauty & Disaster: Richard Z. Kruspe on Resilience, Rebirth and the Future of Rammstein

Note: The content below cannot be reprinted in any form without prior permission.

Back in 2016, Rammstein guitarist Richard Z. Kruspe was keeping himself busy with two deeply personal endeavors: The creation of the third album by his long-running passion project, Emigrate, and the construction of his dream home. He should have been on top of the world, but things just didn’t feel right.

“In 2015, I finished the record, [but] I felt that somehow I wasn’t really into [it],” he admits. “I wasn’t 100 percent convinced about it. I just put it away because I loved doing other things at that point. I was actually building a house in Berlin, which was something that I really wanted to do in my life. I liked creating things, and building a house was on my list. Doing that for four years was one of the biggest challenges I had in my life. Doing that and doing the record somehow didn’t work together. I put it on the side.”

Then, the unthinkable happened.

“I love water; I’m a water sign. Even as a little child, if I sometimes felt scared, I would go [in the water] and it would calm me down. I was thinking of having a big pool on top of the building, which is not really normal in East Berlin…One of the pool constructors made a mistake, and basically 1,600 liters of water went through my roof into my studio and into another apartment.”

If you’re a musician reading this, then you’re probably wincing as you accurately guess the horrors that followed. Half of Kruspe’s home studio – including the recordings that were to comprise the new album – was no more.

“After the water damage destroyed my studio, I was obviously very angry. I was like, ‘What the fuck?’ …But then, after digesting things and calming down, I realized that maybe I had to go back; [the album] wasn’t right. If I wasn’t really 100 percent convinced about the record, how could other people be?”

Rewriting/re-recording the album from memory (and receiving some expert help from engineer/mixer Sky van Hoff), Kruspe unexpectedly discovered the inspiration and drive that were missing from the process all along.

“All of a sudden, I felt the passion and the fire inside me. I was like, ‘Wow! It feels good. I’m back!’ Sometimes, you need time to get the answers.”

This process of rediscovery eventually led to the late-November release of Emigrate’s A Million Degrees. One of the most impressive chapters in Kruspe’s vast musical narrative, the 11-song album finds him handling the majority of lead vocals and guiding the proceedings down a far more sonically accessible path than what is commonly offered by his main band. The record’s finest moment, the brilliantly anthemic “You Are So Beautiful,” is one of the most perfect Pop moments of 2018.

“I’ve always listened to very happy stuff…I always had an ear on the radio and Pop. I love melodies; I love the catchiness [and when] the melody doesn’t get out of your head and you want to sign along…You need time and maybe a certain kind of confidence to let that out and say, ‘You know what? I don’t care; I love that.’ Even as a child, I was a little bit afraid to tell my Metal guys that I liked Depeche Mode or Kraftwerk.”

Guest vocalists on the new album include Billy Talent’s Benjamin Kowalewicz on “1234,” the utterly fantastic Margaux Bossieux (former bassist for Dirty Mary) on “Lead You On” and Tobias Forge – Ghost’s Cardinal Copia himself – on “I’m Not Afraid.” Kruspe, Kowalewicz, Bossieux, Combichrist drummer Joe Letz and Billy Talent’s Ian D'Sa comprise the ever-fluid Emigrate lineup featured in the promotional video for “1234.”

A Million Degrees also boasts an appearance by Rammstein’s inimitable frontman, Till Lindemann, on “Let’s Go.”

“We’ve been friends since 1987, and this is the first time we’ve worked together outside of Rammstein,” explains Kruspe. “You know, I’ve had that number for quite a while, and it’s about our history and our friendship, which I can sum up like this: I believe I’m the reason he started a career in music, and he’s the reason I’ve witnessed the dark side of life! In two words: Beautiful destruction!”

While A Million Degrees represents a grand victory for Kruspe in light of the creative and logistical dilemmas he faced while making it, don’t expect him to celebrate by taking Emigrate on tour. Following a special New Year’s Eve performance in Mexico, Rammstein will return in a huge way in 2019 by releasing their first studio album since 2009’s Liebe ist für alle da this April and launching an overseas stadium tour the following month. The reactivated group intends to stay on the road for the next three years. Additionally, five videos are currently planned for the upcoming release. As for what fans can expect from the long-awaited offering, Kruspe encourages them to be prepared for more than a few surprises.

“One of the things I thought about when we started the new record was, somehow, the world of Rammstein was a little bit unbalanced between music and the live spectacle. I was thinking, ‘If we could manage to get out a record that actually brings back the music in a way that [made] people think, ‘Wow, there are actually great songs as well’…That was something that I was trying to do.

“When I listen to the record, I only explain it as kind of a 3-D thing for me,” he adds. “It’s very rich in harmonies; we’re not as monotone, I would say. I think there are more melodies involved…[It] has a certain kind of, I wouldn’t say ‘Pop,’ because it’s still Rammstein, but it definitely has a side of catchiness to it that I really like – combined with the epic sound that we have.”

In addition to earning considerable media attention for both A Million Degrees and Rammstein’s imminent return, Kruspe made headlines recently by adding his two cents to the Gene Simmons-instigated “Rock is Dead” debate during an interview with Revolver:

We’re just doing what we like. But there’s just nothing to say so much anymore. Rock is dead. It’s sad, I know it is. But sometimes you kind of have to make peace with the facts of reality. Every time I'm listening to what's new […] it’s definitely not Rock.

When asked by yours truly to expand on the statement, Kruspe shared his thoughts on a show he took in by the much-hyped quartet Greta Van Fleet.

“For some reason, when I listening to those guys playing the sound of the ’70s – specifically and obviously from Led Zeppelin – I felt, ‘This has nothing to do with the present right now’…When I watched the band, it couldn’t touch me. Rock music trying to reflect the present is the important thing. I don’t think going back and trying to re-create the sound of the ’70s is the right way to do so.”

Eleven years after Emigrate’s recorded debut, Kruspe is still moving the project forward despite facing more than a few roadblocks – or waterways. With A Million Degrees finally done, dusted and available to the masses, Kruspe is able to breathe a much-deserved sigh of relief and take the calamities in stride.

“Life shows me very interesting ways of understanding certain things that we have to learn.” 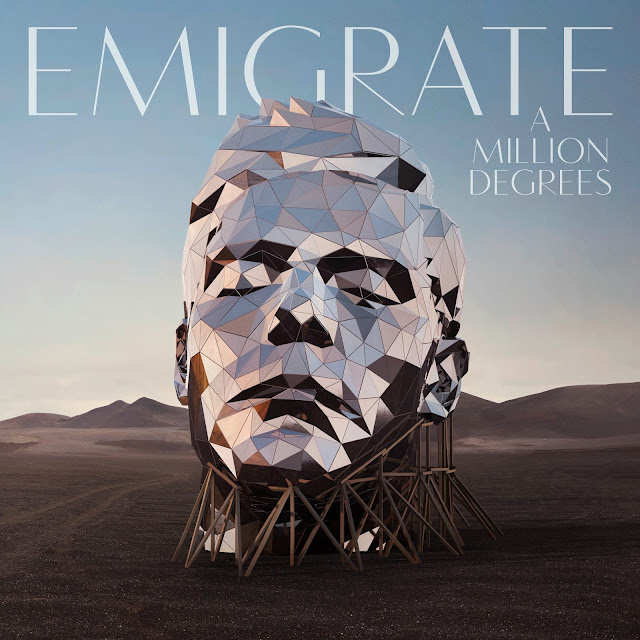 Chris Stein of Saccharine Trust and Carnage Asada has passed away after a long battle with cancer. Chris was an extraordinary musician; I was honored to share the stage with him many times during my Los Angeles/Sixth Chamber days. He was also an incredibly nice man; I'm grateful to have reconnected with him late last year.

I have a lot of beautiful memories attached to music featuring Chris' talents. Many of us do. Love and condolences to my friends who knew Chris and made great sounds with him.

Saccharine Trust is on my turntable as the sun goes down...