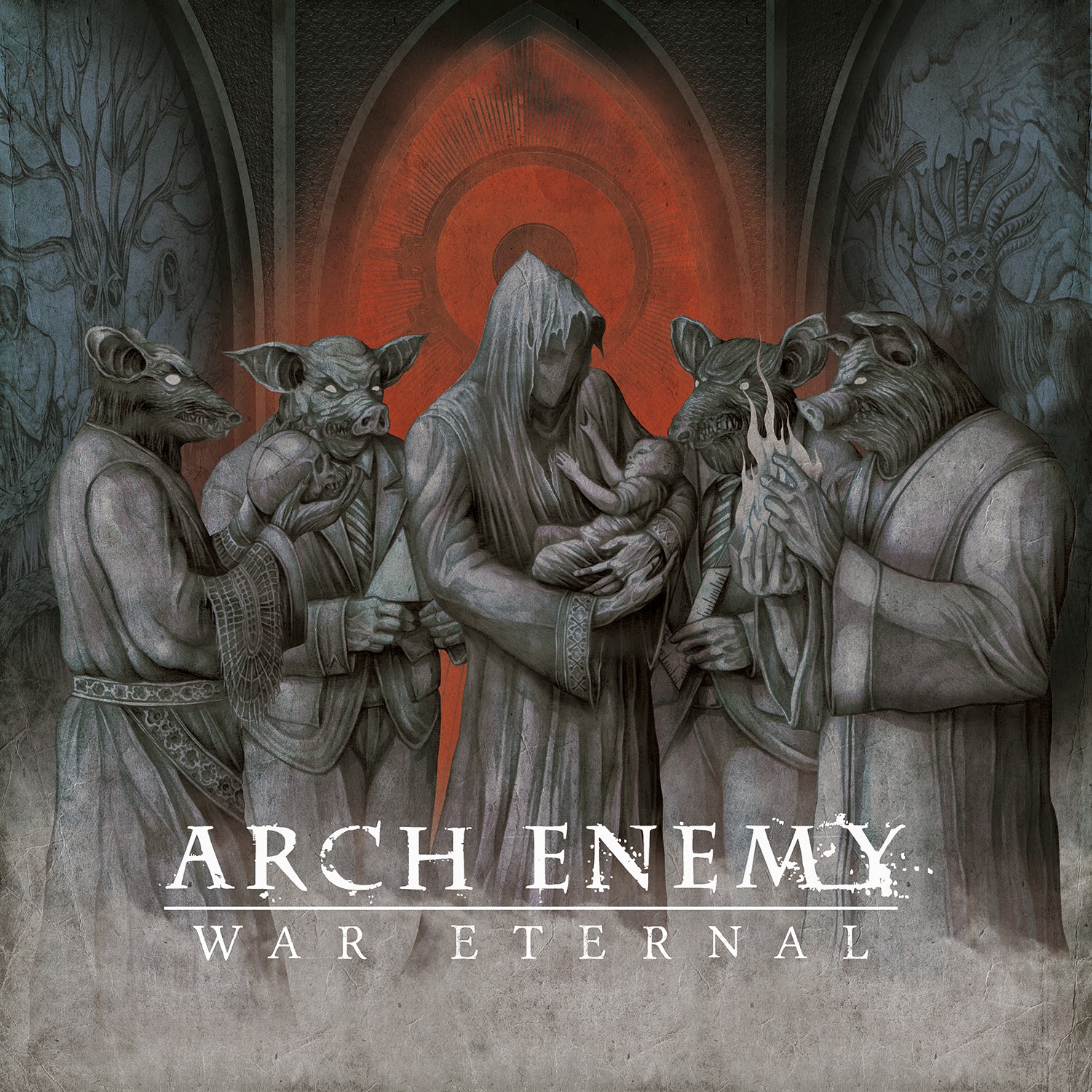 Major lineup changes are rarely accepted in the world of Hard Rock/Metal. It's been 10 years since Peter Criss last performed with KISS, but more than a few hardcore fans remain unwilling to accept Eric Singer – a guy who has actually held the drummer role longer than Criss and the late Eric Carr – in the Catman position. Although the “original” lineup of Black Sabbath continues to sell out venues around the world, there are several longtime supporters who simply can't stomach the idea of Tommy Clufetos keeping the beat. Of course, this reluctance to embrace a new member often stems from inner-band turmoil that spills into the press, leading many fans to feel the need to choose sides and loyally defend their chosen member(s). On the other end of the spectrum, Metal veterans Arch Enemy handled the departure of much beloved singer Angela Gossow and the arrival of former Agonist vocalist Alissa White-Gluz in an utterly refreshing way. For example, Gossow has offered public support of White-Gluz, while the cover of the June 2014 issue of Terrorizer  shows her literally passing the torch to her replacement. Naturally, such actions make it kind of tough for Arch Enemy fans to get into Internet battles over which singer is more deserving of the job or debate over band politics. Unlike countless bands that fall victim to mudslinging (their own as much as their fans'), Arch Enemy addressed this situation with class and grace and set an example of how other bands could treat similar matters in the future.

And with that, let's dive into Arch Enemy’s 10th and arguably best album.

Demonstrating Arch Enemy's typical ability to balance aggression and melody, the extremely well-produced War Eternal showcases an absolutely bulletproof band. Any doubts over White-Gluz's ability to deliver vocals worthy of the name Arch Enemy are instantly blown away by her intense growls on “Never Forgive, Never Forget,” a blastbeast-heavy stunner that offers some downright extraordinary musicianship at the 2:16 mark.

Beyond White-Gluz's impressive presence, War Eternal boasts plenty of stellar guitar playing (especially at the 2:19 mark in “On And On,” during the first half-minute of “No More Regrets” and basically in all 323 seconds of “Time Is Black”). Three cheers to founding member Michael Amott and new six-stringer Nick Cordle for delivering performances that offer plenty of dramatics without once hinting at pretentiousness. Best of all, the songs on War Eternal (especially the hook-heavy “As The Pages Burn” and the epic “You Will Know My Name”) instantly get in your head and stay there for days.

And Daniel Erlandsson is an absolute monster behind the drums, as always.

Nearly 20 years after their formation, Arch Enemy have once again raised the bar for groups creating melodic, song-oriented Metal that still retains plenty of power. There's not a single note on War Eternal that doesn't shine. This is easily a contender for the Metal album of the year.