Strange Dreams at the Speed of Life: Introducing Helio Parallax 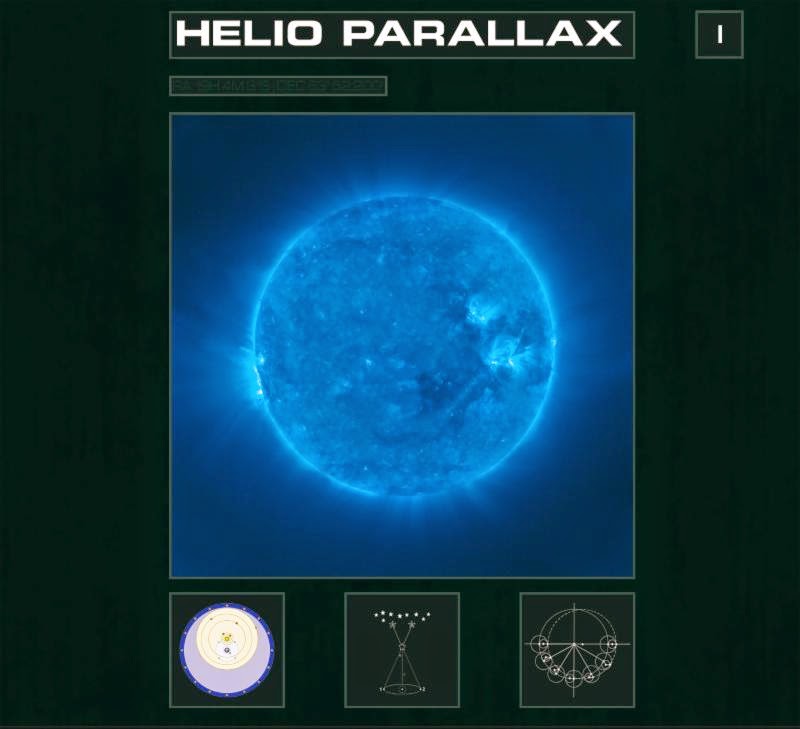 As previously discussed on this website, legendary producer/musician Bill Laswell has an active hand in some of the world's most intriguing sounds. Naturally, it makes sense that the music released on his own M.O.D. Technologies label celebrates the kind of intriguing eclecticism that has become the man's trademark. A perfect example of the label's extensive aural palette comes in the form of the recently released self-titled debut collection by Helio Parallax.
Helio Parallax is the brainchild of bassist Josh Werner, whose extensive talents have been utilized by the likes of Lee “Scratch” Perry, Wu-Tang Clan and CocoRosie. Creating a musical core alongside Quincy Jones/Arto Lindsay collaborator Takuya Nakamura (bass/double bass, guitar, piano, programming, keys, trumpet, horn arrangements and vocals) and Dub Nomads/Chimp Beams/Shing02 beat maker Marihito Ayabe (dubbing, mixing/programming), Werner welcomes a slew of special guests to make Helio Parallax an instantly enjoyable collection of tunes from the Orb/Massive Attack school of groove.
Considering the sonic scenery the above description might invoke in one's mind, it might come as a surprise that the true stars of Helio Parallax are the horn players. Saxophonist Troy Simms brings the right amount of melancholia to the sedate “Nocturne of Secret Planets,” while Doug Wieselman (Lounge Lizards/Antony and the Johnsons) adds a fantastic film noir vibe to “Frank's Lament.”
Other highlights include Yoshio Kobayashi's driving beat on “Kilgore Trout Dub,” the mellow presence of singer/songwriter Dustan Louque on “Strange Dream” and the smooth voice of impossible-to-dislike Reggae/Dancehall/Hip Hop/Dubstep artist Jahdan Blakkamoore on “Speed of Life.” And of course, Werner's extraordinary bass playing is all over this thing (especially on the exceptional “Another Broken Human.”)
Helio Parallax shows the world what is possible when a group of players of the highest-possible caliber come together to create the ultimate chill-out soundtrack. Go HERE to order.
READ JOEL'S BIO
PURCHASE JOEL'S BOOKS
EMAIL JOEL at gaustenbooks@gmail.com
Posted by Joel Gausten