Forever in Hell: Venom Storm into 2019


Venom guitarist Rage is the epitome of Newcastle charm.

Affable and quick to give a hearty laugh, he’s the kind of bloke you’d love to meet at the pub for a few pints (of “virgin’s blood,” he suggests). His cheerful tone and sharp wit are an interesting contrast to the sonic savagery he’s delivered for the past 12 years as guitarist for long-running UK underground legends Venom. Still brutally relevant after 40 years, the band – Rage, drummer Dante and bassist/vocalist/living Metal God Conrad “Cronos” Lant – just released Storm the Gates, an incendiary slab of the same kind of raucous racket that made their first two albums (1981’s Welcome to Hell and 1982’s Black Metal) undisputed milestones of the genre. While there have been occasional dips in intensity in Venom’s vast discography over the years, Storm the Gates will rip your fucking ears off.

“I think we were angrier this time,” says Rage of the new release. “You get points in life where it looks like the fucking world’s going to shit… There are so many things that have happened since the last album [2015’s From the Very Depths] – fucking Trump and just the state of the world, personal lives and stuff like that. It was sort of a fire, you know what I mean? It’s that anger inside you, and you just try to go for it. We’ve played with loads of brutal bands over the past couple of years – Cannibal Corpse, Obituary and shit like that. It’s just like Wuuuurgh! I think that comes across in the music, which is quite a difficult thing to put in. With a lot of bands, it’s all Metal by Numbers, isn’t it? It’s just, ‘Get in the recording studio, record your shit and put it out,’ whereas we like to take a little bit more time and try to put a lot more thought into everything that we do – not just the songs. You’ve got to be able to put it on your CD player when you’re having a shit day and have it make you feel good.”

Coming of age as a music fan in the late ’70s/early ’80s, Rage drew early inspiration from Venom, Raven and other bands that were developing in his home city at the time.

“All of these bands were starting to come out that were really local to where I was… There was a little group of bands that were from Newcastle. That was awesome for me and my mates, because we weren’t in London but we had a chance to see these bands locally, walking around town and stuff like that. I had a group of mates; we all wanted to play music, and there was fresh, new music coming out. I remember Black Metal coming out.

“We had this English teacher [at school] who was like this hippie; she was absolutely awesome,” he continues. “She used to say, ‘Bring music in!’ We would listen to music in the classroom. My mates brought in [Venom’s] ‘Fuck Off and Die’ (laughs). I think it was the b-side of ‘Nightmare,’ the 12-inch. The local priest’s son was in our class, and he hadn’t brought a record in. We said, ‘Oh, put on this one! It’s brilliant! It’s like Christian music.’ He was like, ‘Oh, thanks for helping! I was going to get into trouble because I didn’t have any music.’ He put it on…and we were just shitting and pissing ourselves laughing! I still see [the priest’s son] over 30 years later; he still goes, ‘You bastard!’” (laughs)

A solid unit that grows stronger with each album it unleashes, the current incarnation of Venom has actually been together longer than the band’s classic lineup. While some diehard fans of any band will never accept the introduction of new faces along the way, Rage takes it in stride.

From growing up a fan of Venom to spending more than a decade in the group itself, Rage is proud of his experiences with one of the scene’s most important and influential acts. Unsurprisingly, he sees this version of the Newcastle Metal machine running long into the future.

“We all want the same thing. We’re all individuals, but we all have the same sort of goal. Not many bands last a long time, do they? There have always been lineup changes, but for the past 10 years, it’s just been fucking easy. (laughs) We don’t have arguments about the usual bullshit. Individually, we all want to write songs that Venom fans are going to be proud of. We want Venom to carry on.” 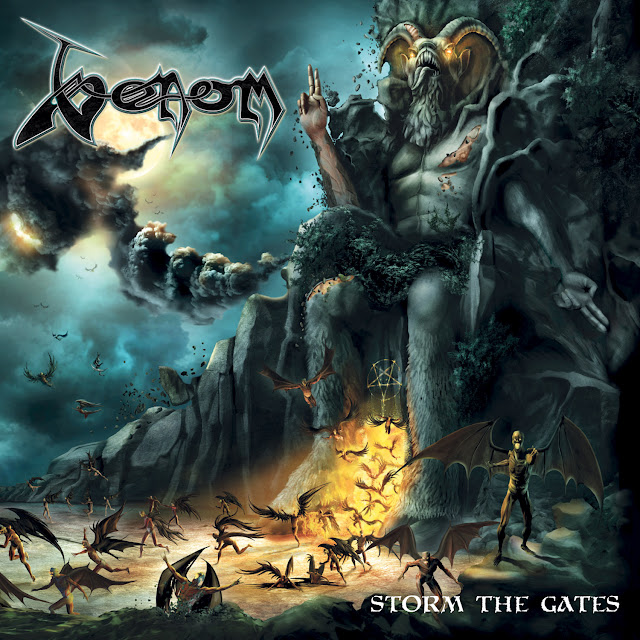