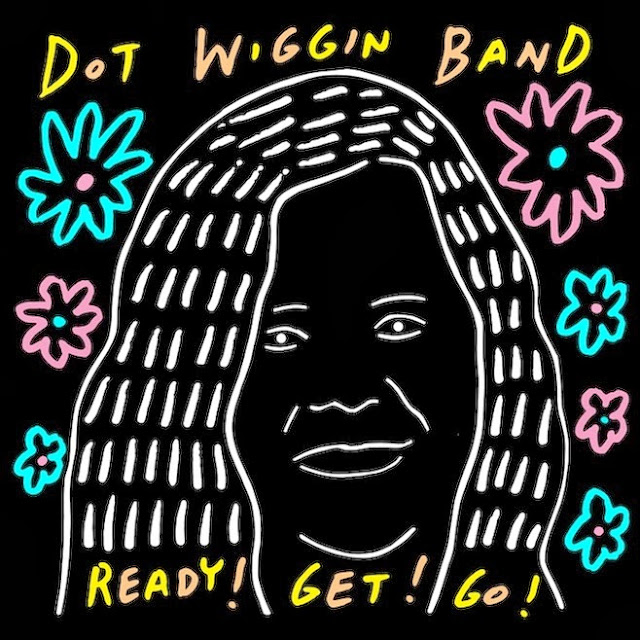 A lifelong resident of New Hampshire, Dot Wiggin is the kind of person you see every day at the post office or supermarket. An unassuming, working class mom in her sixties getting through her day. Friendly, but far from gregarious. A family-oriented lady who enjoys a quiet life spending time with her loved ones – including her beloved pugs. Not someone to stand out in a crowd. But to her legion of hardcore fans around the world, Dot Wiggin is the most extraordinary musician of her generation.

Forty-four years ago, Dot and her sisters Betty and Helen were known as The Shaggs, a girl group based in Fremont, NH that performed regular gigs at the Fremont Town Hall. According to legend, the girls’ father Austin - a strict disciplinarian with a penchant for homeschooling - had a revelation that his kids would someday be a world-famous band and promptly ordered them to write songs in the basement of the family home. But the problem, according to a BBC Radio 4 documentary on the group, was that the girls’ upbringing meant they had virtually no idea of what music actually was.

This dilemma resulted in Philosophy Of The World, one of the most gloriously bizarre albums ever released. If you’ve heard the album, you know how impossible it is to describe; if you’re new to it, take the song that the kids on South Park came up with in the infamous “Succubus” episode and spread it over 32 minutes. You'll get the idea.

Depending on your tastes, Philosophy Of The World is either a greater ’60s album than Sgt. Pepper or more unlistenable than anything produced by that other Granite State music star, GG Allin. Rolling Stone once said that Philosophy Of The World “may stand as the worst album ever recorded,” while the great Frank Zappa famously called The Shaggs “better than The Beatles.”  Of course, the girls were far too shut off in their own world up in Fremont to see their record slowly become a bonafide cult classic. And when Austin died of a heart attack in 1975, The Shaggs promptly disbanded and carried on with non-show biz lives, moving even further away from a legacy that was growing without their knowledge.

Although incredibly difficult to sit through, Philosophy tracks like “My Pal Foot Foot,” “Sweet Thing” and “It’s Halloween” reflect the truly endearing innocence of three young (and quite sheltered) girls playing and singing from the heart. While challenging to the ears, Philosophy Of The World may just be the most honest Rock album ever released. 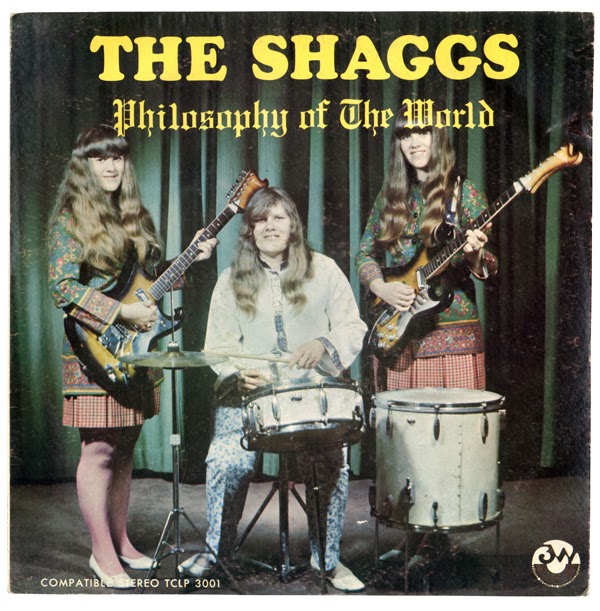 In addition to Zappa, The Shaggs’ enthusiastic fanbase included Terry Adams of NRBQ, who spearheading a reissue of the album in 1980. The new pressing of the album was followed in 1982 by a collection of previously unreleased recordings called Shaggs’ Own Thing. But aside from a 1999 live reunion arranged by NRBQ in New York City, the Wiggin sisters’ public profile over the decades remained decidedly low. But like Terry Adams before him, New York-based musician Jesse Krakow was determined to keep The Shaggs in the public consciousness. Best known for his work with oddrockers Shudder to Think and the John Zorn-approved group Time Of Orchids, Krakow organized “Still Better Than The Beatles,” a special Shaggs tribute concert at The Bell House in Brooklyn, NY in April 2012. The event, created to raise funds for the Fremont Town Hall, featured dozens of musicians playing the girls’ offbeat back catalogue. The night also boasted a live q-and-a session with Dot, Betty and fourth sister Rachel (who played live bass with The Shaggs during the Fremont Hall days). It was during this q-and-a that a whole new musical chapter began for Dot.

“One of the fans asked if I still write music, and I said, ‘Well, I write lyrics, but I don’t write music,’” she recalls. “Jesse raised his hand and said, ‘I’m your man. You write the lyrics and send them to me, and I’ll write the music.’ I said, ‘Okay, that sounds like a good deal.’ I sent him a few songs, and he wrote the music. About a month later, he called and said, ‘There’s just one problem, Dot. Fans are going to want to hear Dot sing Dot’s songs.’ Well, that wasn’t my plan; I just wanted the royalties for writing the lyrics and getting lyrics [out] so the fans can hear them. He persuaded me to give it a shot.”

That “shot” would later become Ready! Get! Go! (Alternative Tentacles), Dot’s first full-length album since 1969. Released on October 29, Ready! Get Go! is a mix of never-recorded Shaggs songs and new classics written by Dot and members of “The Dot Wiggin Band” - Krakow, guitarist Mike Fornatale (The Left Banke, The Monks, Moby Grape), drummer Laura Cromwell (The Vivian Sisters, Queen Moonracer), keyboardist/xylophonist Brittany Anjou (Elysian Fields) guitarist/banjo player Nick Oddy (Zammuto) and Adam Minkoff (The Machine) on guitars, theremin and mandolin. Dot’s still-childlike sprit shines through on inescapably catchy tunes like “Banana Bike” (see video below), “If I Could Be Your Hero,” “Speed Limit” and “Boo Hoo.” Other highlights include “Love At First Sight” (featuring Dot’s son Matthew on co-lead vocals) and a cover of Skeeter Davis’ “End Of the World.” Despite the presence of skilled musicians, the album retains plenty of The Shaggs’ shambolic charm.

For Dot, recording for the first time with people other than her siblings presented some challenges, particularly on the songs used on the album that were originally written for The Shaggs.

“It was kind of difficult because when [The Shaggs] played, I always played the melody and then we sang the melody, so I’d know when to come in and when not to because I sang when I played,” she explains. “It was little difficult getting used to knowing when to come in [with the new players] because I wasn’t playing and didn’t always hear the melody. That was the most difficult part. [With] some of the [Shaggs] songs that they re-did that were already recorded, and even the ones I didn’t [record previously], they played them a little bit different than the way I wrote them. When I would perform with them, I would sing them the way I remembered writing them, and it was different. I had to re-program myself, basically.”

In addition to unveiling the new album, Dot is planning the hit the road in January for a nine-date east coast tour, with a southwest jaunt slated for March. These live events are sure to draw scores of avid Shaggs fans.

“When we played in New York for NRBQ’s 30th anniversary [in 1999], we had fans there from Japan, the UK and California who we didn’t even realize were out there,” she says. “They were also there to see NRBQ, but a lot of them were there to see us, too. I was very surprised to know that [an audience] was even in existence.”

While the upcoming shows represent Dot’s most active performance schedule yet, fans shouldn’t expect much beyond these two tours.

“Performing on tour, especially so many days at a time, is hard for me to fit into my everyday life schedule,” she admits. “I’m still working, so I have to arrange time off from work. I have a dog that’s diabetic and gets three insulin shots a day, and basically I’m the one who gives them to him, so it’s hard to make sure he’s all set while I’m not there. I have an adult son who lives with me; I’m his guardian. I have to find a friend for my son and a place for the dog and another dog we have, so it’s very difficult to re-arrange my life.”

Of course, supporting a new album has led this reluctant Rock star to do things like phone interviews with yours truly. With so much hullabaloo still surrounding The Shaggs and Philosophy Of The World – as well as the strange rumors and tales that surround the creation of both – is Dot satisfied with how her life and musical history have been portrayed by the media?

“I don’t know if ‘satisfied’ is the right word,” she replies. “For the most part, it’s okay. Some of the negative stuff I don’t agree with. But like I tell everyone, everybody has the choice to make their own opinion and [has] freedom of speech, so you take the good with the bad. Also, I was told once that even bad publicity is still publicity.”

Based on the recent publicity for Ready! Get! Go!, it appears that the world is genuinely pleased to see a Shagg returning to the studio and the stage. It also appears that Dot will be the only performer from Philosophy Of The World who will be making music for the foreseeable future.

“Betty’s recuperating from having rotator cuff surgery on her shoulder,” she says. “She’s getting ready to start back to work, and she just decided that she didn’t want to get involved with the music and wants to spend time at home with her sons and grandchildren.”

Sadly, Helen – the keeper of The Shaggs’ unconventional beat – passed away in 2006.

Nearly 50 years since her father first made her strum a guitar, New England’s unlikeliest music legend is happy – if a bit bemused – to see a world so eager to embrace her songs.

“I sometimes think I should just write and put my lyrics into poems and forget about the music part,” she shares. “But I know there are a lot of people who aren’t going to agree with that! (laughs)”

Go HERE for more information on Dot Wiggin and to order your copy of Ready! Get! Go!