Do Not Panic!: Hawkwind Unleash a New Sonic Attack 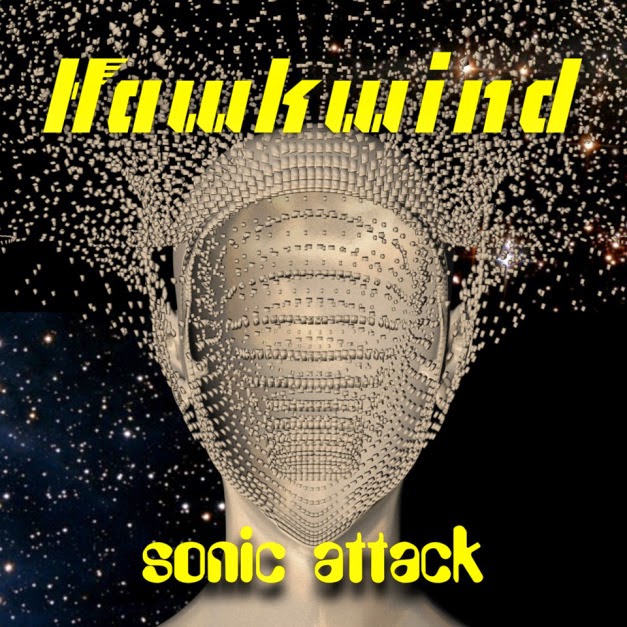 Now this is interesting...
On August 15, UK legends Hawkwind announced the imminent release of a new digital single – an updated version of their 1973 classic “Sonic Attack” with none other than legendary British actor Brian Blessed delivering the song's infamous dystopian broadcast.
Here's the official announcement from the band's website:
It’s the musical collaboration we never knew we needed, until now! Legendary space rockers HAWKWIND have teamed up with kingly thespian Brian Blessed for a brand new single version of ‘Sonic Attack!’
When Hawkwind decided to recreate their classic Space Ritual show of 1972, for one night only, at the London’s Shepherds Bush Empire in February 2014, the venerable group donated all proceeds to animal charities including Team Badger – of which Brian Blessed is a patron. It was a gig that set the wheels in motion for a storming new partnership.
The accompanying video was created by longtime Hawkwind artist Martin McGuiness.
This powerful addition to the Hawkwind canon is available from 1st September 2014.

Prince Vultan of the Hawkmen fronting Hawkwind? How amazing is that?!

As a longtime Hawkwind fan, I'm thrilled to hear the band bring “Sonic Attack” into the present tense. As a lifelong Brian Blessed fan (thanks to my British father's insistence on raising me on Blackadder and Flash Gordon), I'm excited to hear that classic booming voice read Michael Moorcock's brilliant words in 2014. Welcome to the Single of the Year!

This revamped third version of “Sonic Attack” (which was first redone in 1981 for the Sonic Attack album) comes less than a year after the band's last release (the compilation Spacehawks) and is the latest music produced by one of the most stable lineups in Hawkwind history. Although the band has gone through dozens of members over the years, this current incarnation of the group clearly has staying power.

As sole original Hawkwind member Dave Brock told me last year, “We all get on well. We've got [Dead] Fred now playing keyboards; he used to play with us in the '80s. Of course, Tim Blake played with us in the '70s, '80s and then '90s. Richard [Chadwick], our drummer, has been with us 25 years – or even longer now. The two new boys...Dibs has been playing with us seven years, so he's not really a new boy at all. (laughs) Unfortunately, a few years ago, we lost our keyboard player Jason [Stuart, who died in 2008], and the we had Niall [Hone] come in and take his place. Niall was playing guitar at the time; he switched to playing bass. So we had two bass players, and Dibs switches from bass to electric cello. It makes life interesting; that's the whole thing with music. As long as you can actually keep on changing and moving forward rather than going backwards. (laughs) That's what we try to do.”
Nearly 45 years since the release of their debut album, Hawkwind continues to survive thanks to a deeply loyal community of supporters. While other bands have fans, Hawkwind have kin.
“We do our own festivals, and it's fantastic because we have loads of kids there and it's family-oriented,” remarked Brock (who turns 73 today) during our chat in 2013. “People bring all their kids, and it's a safe environment. Of course, we get to know loads of people. It becomes a giant family on quite a large scale. It's really quite important, and it's a great honor in a way to actually have all that. That's why we have to keep going.”

Pre-order the new version of “Sonic Attack” at the links below:


View the official video for the new version of “Sonic Attack” below: