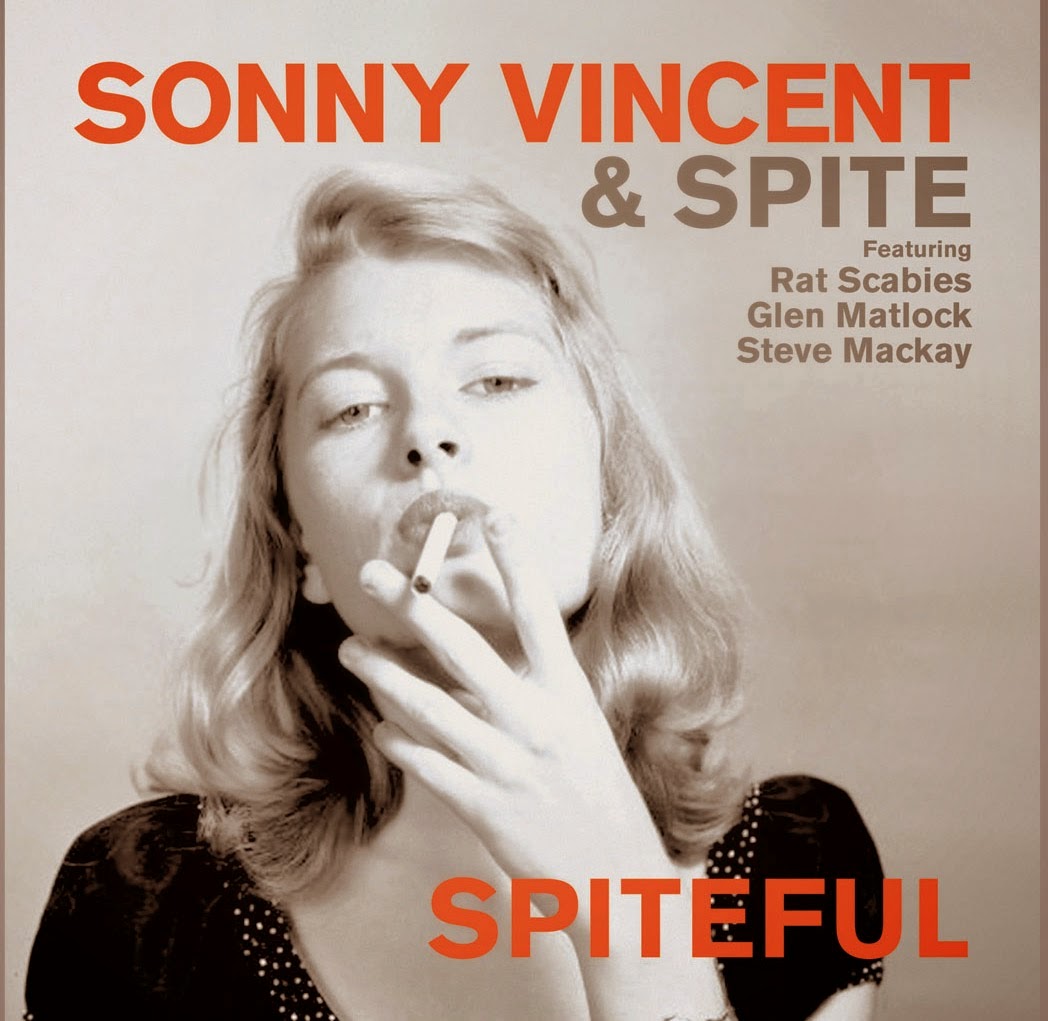 Supergroups can be tricky. Too often, the lofty expectations generated by the names listed on the album cover are decimated once the lukewarm reality of the album's music greets the understandably bummed listener. For one reason or another, projects of this nature tend to highlight the lowest common denominator of each individual contributor when they should reflect the very best that each musician has to offer. Simply put, far too many “supergroups” whimper when they should wail. (I don't need to name names; just look at your record collection and you’ll see that I'm right.)

Where does Sonny Vincent & Spite's Spiteful fit into all of this? First, let's have a look at the cast of characters. Of course, there's Vincent, New York Punk veteran and legendary Testors frontman, on vocals and guitar. On bass, we have Glen Matlock from The Sex Pistols. The drumming is handled by none other than the great Rat Scabies of The Damned. And then things go way over the top...On saxophone, Steve Mackay from the mighty Stooges.

Let that sink in...We have a singer/guitarist who's been at this game for a good 35 years, the guy who wrote “Pretty Vacant” on bass, the original drummer from one of history's greatest bands and a guy who played on Fun House. This is some serious, serious business – enough to make one reluctant to actually play the record out of fear of having his or her incredibly high hopes dashed. Thankfully, Spiteful will go down in history as one of the very few occasions where something like this absolutely works.

Blazing out of the gate with the all-out “Dog On The Subway” and wrapping up with the deceptively calm “Clouds,” Spiteful doesn't let up for a second. Boasting 14 tracks in under 35 minutes (perfect!), the album showcases some of the strongest, no-fucking-around Rock music committed to disc in decades. Shades of L.A.M.F., Blank Generation and Young, Loud And Snotty abound, while Vincent and Co. have more than enough spark in them to give latter-day Punk Rock 'N' Rollers a guide to doing it right. Highlights include the raucous, dirty Blues of “Silver,” the Mackay freakout on “Thief Of Words” and the sterling love song “Now That I Have You.”

In a world of literally thousands of “Punk” bands, it takes a bunch of middle aged guys to plug in and peel the paint off the walls to remind us of what the real deal is all about. There are guys who can play it, and there are guys who are it. Give Spiteful a listen to immediately recognize the difference.

(Note: This review is based on the track listing on the promo CD provided to the author. The tracks and song order referenced above might be different on the final commercial release.)


The behind-the-scenes story of the making of Spiteful is available HERE.