Where the Alphabet Starts with Z: Revisiting Tones on Tail (and More) with Poptone

(After years out of the spotlight, Campling recently resurfaced with a new project called Lonestation.) 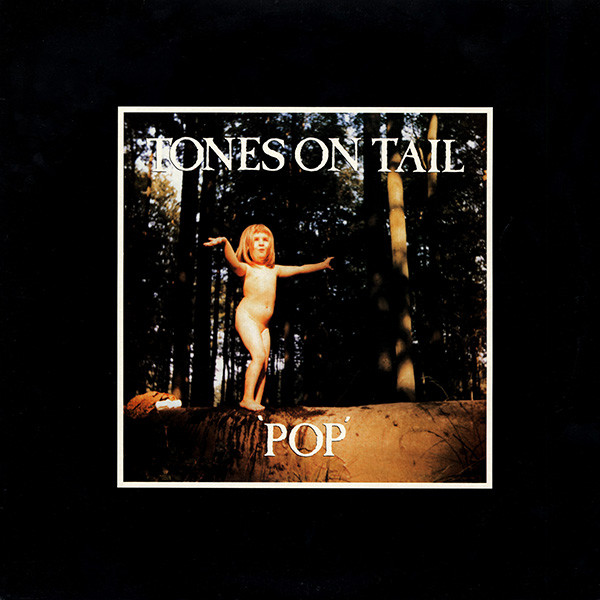 Those who catch a Poptone show will take part in a celebration of a musical history that has spanned three bands and nearly four decades. Not surprisingly, the experience of working with Haskins and Dompe in this way has led Ash to reflect on his past – especially his brief-but-fruitful time with Tones On Tail.
“The chemistry in Love and Rockets, Tones on Tail and Bauhaus is very, very different. It’s weird; give or take a member and it completely changes with the chemistry of the people in those three bands. I do recall though with Tones on Tail, it was the most fun for me. There were no commercial pressures whatsoever, but at the same time, I did want to make commercially accessible records. I wanted to make music that sounded like it came from another planet, but it was very accessible and not just obscure for the sake of it. I think we achieved that with Tones on Tail. We’ve been rehearsing songs like ‘Twist,’ which is a very strange, funny song. The lyrics in that are really on a planet where the alphabet starts with ‘Z.’ It did sound like music from elsewhere, and it’s dated very well. If you listen to that stuff now, it could have been made by some band last week. [Tones on Tail] could have happened in 1983, 1973 or 2017. I think it stood the test of time really well. You can’t really pinpoint it; it doesn’t really sound like anything else. I remember at the time that I was very influence by [Brian Eno’s] Here Come the Warm Jets in particular, where Eno would use various styles of music and join them together to create a new sound. I think that’s something we did with Tones to a degree.”
More than three decades after the release of Pop, Ash remains proud of the release and what the project accomplished during its sporadic two-year career.
“It’s definitely a minority who knew about it. We put that album out, and we did a tiny, little tour in England in 1983 and a tiny, little tour in the US. But because [Pop] was a great album, it sort of built up over the years. It got a reputation because it was one of those special records. I’m not embarrassed by saying that, because I’m satisfied with looking back [on it]. You can listen to it now and it still sounds fresh, and that I’m pleased about.”
The Poptone set also includes the Bauhaus classic “Slice of Life.” Although it remains a brilliant number and one of the brightest spots in Bauhaus’ recorded history, the track had a considerable influence on the band’s tumultuous breakup in 1983 – ultimately leading singer Peter Murphy to split with the other three members for 15 years.
“The first two weeks we were in the studio, the original idea was for us three to go in there and put some backing tracks down, because Pete got double pneumonia,” Ash recalls. “The chemistry was completely different. We were originally just going to put backing tracks down, and then a couple of the tracks turned into fully finished ones – ‘Who Killed Mr. Moonlight?’ and ‘Slice of Life.’ That was the beginning of the end for Bauhaus, because the chemistry had changed… I think it had started to fracture the whole Bauhaus thing. It was getting to that stage where it had gone as far as it was going to go.”
The resultant album, 1983’s Burning from the Inside, remained Bauhaus’ final studio release for 25 years. After successful (if at times internally combative) reunions in 1998 and 2005, the band reconvened in the studio in 2006 to record what was eventually released two years later as Go Away White. By then, Bauhaus had once again disintegrated, leaving Go Away White to wither on the vine without a tour or even promotional interviews to support it. With even diehard fans often unaware of the album’s existence (and thus missing out on “Adrenalin,” “Black Stone Heart,” “Zikir” and other absolutely stellar moments), the album is destined to wallow in obscurity – which suits Ash just fine.
“I don’t ever listen to that album. I personally have got bad memories of when it was recorded. We were in the studio for a grand total of three weeks; we wrote, recorded, produced and mixed everything in three weeks. I have to say the atmosphere was not good in the studio. We sort of all dissipated after those three weeks. I can’t comment on that album; I can’t listen to it. I’ve just got bad memories of making of it…I don’t know what the public perception is of that record; I just keep having to keep away from it. It’s all the way in the back on my mind. I don’t ever think about that record.”
Haskins is slightly more complimentary towards Bauhaus’ apparent swan song.
“For some reason, just last week, I don’t know what I was doing, but I did listen to a couple of tracks. Maybe it was just in my car and they came on; I’m not sure – it was very random. I seriously haven’t listened to it in years, so I can listen to it more objectively [now]. It kind of surprised me; it didn’t really feel like, ‘This is a Bauhaus song,’ but it was good. It’s difficult to critique your own work. When we finished it, it didn’t really feel in a general sense like Bauhaus or the image of Bauhaus I have in my head. I think it holds up, but it sounds like a bit of a different band to me. It’s a very odd feeling to think about it. Although the early work had a certain kind of eclectic nature to each record, it has a strong identity. I think Go Away White has a strong identity, but it has a different one.” 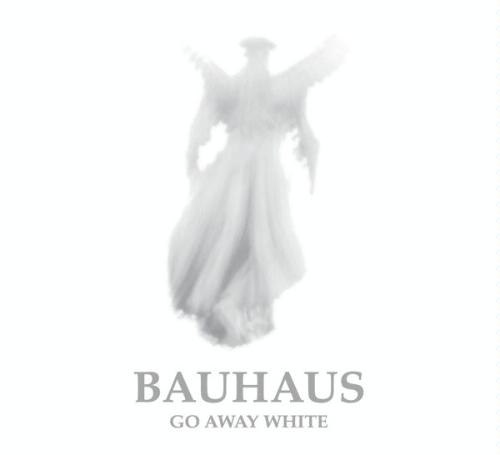 Of course, the fact that Ash and Haskins are working together again – and throwing “Slice of Life” into the mix – has led many (this writer included) to inquire about the possibility of the two working in some capacity with Murphy and David J again. After all, all four members of Bauhaus are still among the living, while Haskins and David J are brothers. What are the chances of the four co-existing creatively once again – either as Bauhaus or under an entirely different umbrella?
“I have no idea,” replies Ash. “If you said to me a year ago that I’d be doing this right now, I would have said, ‘Not in a million years.’ I’ve given up on giving predictions on stuff like that now, because with the creative process, you just really don’t know what is around the corner. I often think that it’s actually out of the individual’s control; it’s something that comes over them. I never would have thought two months ago that I’d have this revelation at four o’clock in the morning that what was blatantly obvious to do was go out and play in a band called Poptone with Kevin and Diva. I had no idea of that – not even a hint of it. Then, suddenly it came to me, and I don’t know where it came from. So I can’t answer you one way or the other; I’ve given up on answering that stuff.”
“I’ve learnt to never say never,” comments Haskins. “I didn’t think we would reform Bauhaus. With Love and Rockets, we did a couple of shows in 2008, and I didn’t think that would have happened. I certainly didn’t think what we’re doing now would happen. Like I said, once every year, Daniel and I would talk about doing some kind of project with the music from the bands, and he’s always been very resistant to that. I can understand some of that point of view, so I really didn’t think this was going to happen – and just out of the blue, it happened. [Another Bauhaus reunion] is possible; I feel it’s probably unlikely, but you never know.”
What does appear very likely at this point is that Ash and Haskins will enjoy working together with Dompe under the Poptone banner. Although the music business certainly isn’t known for building long-running working relationships (let alone long-standing friendships), the duo has stayed together through three bands and nearly four decades of career twists and turns. Clearly, something between them works.
“We get on really well,” offers Haskins. “We just really enjoy each other’s company, and we have a lot of fun. Daniel always makes me laugh – and not just [with] his appearance. I’m just kidding! He’s a very funny guy and very witty. We just have a good time, so I think obviously that helps. That’s a very important part of the puzzle.”
“You have pretty different personalities,” observes Dompe to her dad. “You compliment each other, especially creatively and professionally. I kind of get to have what you have and what he has together.”
“He’s been in all three bands; there’s a constant there,” concludes Ash. “Add to that the fact that his daughter’s playing bass, and it’s quite a thing; I think it’s a bit of synchronicity going on there.”