REVIEW - Modern Chemsitry: Everything In Gold 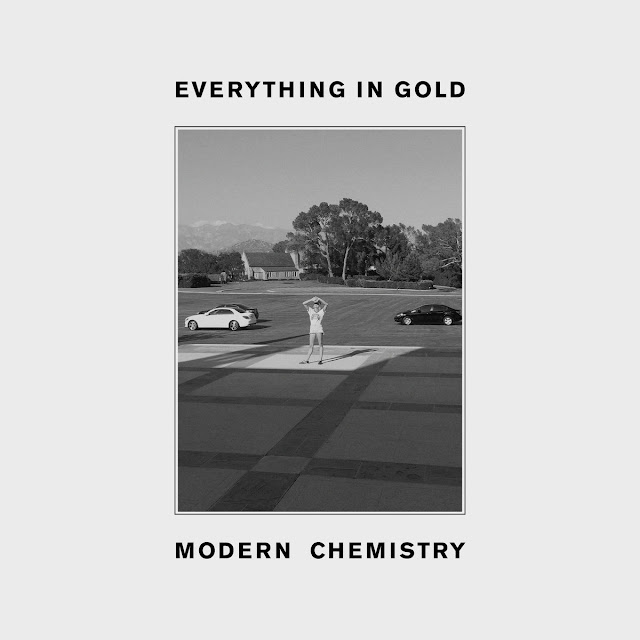 The above is the entirety of the presumably tongue-in-cheek bio on the Facebook page for New Brunswick, NJ’s Modern Chemistry. While these words were perhaps posted in jest, the band’s music is certainly deserving of a wide audience and bright future.

Last month, Modern Chemistry (lead singer/guitarist Joe Zorzi, guitarist/vocalist Brendan Hourican and drummer/vocalist Jesse Slachman) released Everything In Gold, their debut full-length album. The 11-song effort follows on the heels of three self-released EPs and tours with the likes of Mayday Parade, Taking Back Sunday and Every Time I Die.

From the U2-tinged guitar on the Shoegazey opening title track to the drum-heavy urgency of the closing “Tradewinds,” Everything Is Gold is an absolute gem of a record full of expressive vocals (“Wallpaper,” “Tripping Over You,” “Fever Dream”), truly impressive guitar work (especially on the charging “I Can’t Myself Anywhere”) and expert drumming that serve each song with color and finesse. (Slachman’s performance on “It’s Been A While [Dreaming]” is one of many highlights found throughout the disc.)


Everything In Gold is flawlessly hooky and instantly memorable, perfectly balanced with enough melody and heaviness to appeal to both the current Hot Topic contingent and those who grew up on ’90s Alternative Rock (but who still had their older brother’s copy of Bryan Adams’ Reckless somewhere in the cassette pile). It’s rare and encouraging to hear a band that is this ready for the big leagues so early in the game. As a former Jersey guy, I’m truly proud of them.