REVIEW - The Damned: The Rockfield Files 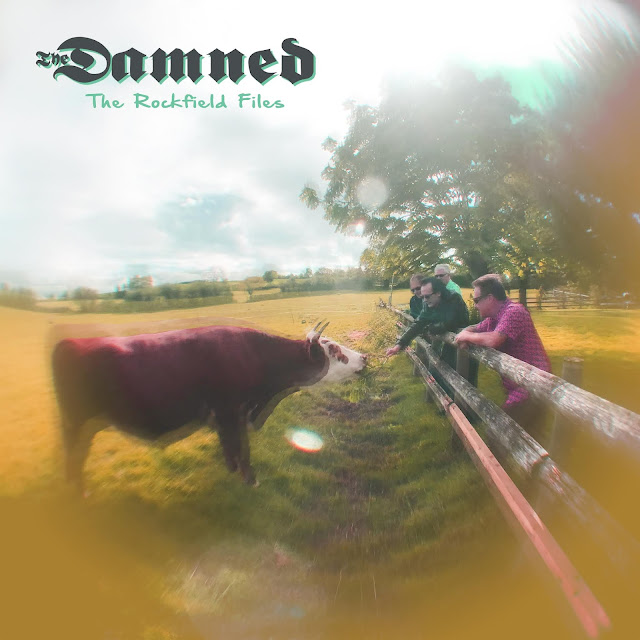 “It’s great to be back at CBGB!”
When The Damned’s Captain Sensible made the above quip in front of the sold-old crowd at Madison Square Garden last October when the band opened for the reunited “Original” Misfits, he did far more than elicit a few thousand chuckles – he also reiterated just how important The Damned have been to the history and evolution of Punk.
Formed in 1976, The Damned hit the ground running with their debut single, “New Rose,” (several months before The Sex Pistols first put their anarchy to vinyl) and have been going ever since. Through decades of heavy dues paying, lineup changes and varying degrees of mainstream success, The Damned’s high-caliber output has remained sonically bulletproof. Listening to a Damned record or seeing one of their note-perfect gigs is like going to school in the best possible way: No matter how great we all might think our bands are or how cool we think we look on stages or album covers, The Damned effortlessly – and bloody always – remind us of just how far we still have to go to even come close to reaching the vibe and skill these bastards perfected at the very beginning. They did it first, and they’re still doing it better than everyone else.
Case in Point: The Rockfield Files, the band’s brand-new, four-track EP coming October 16. In 2019, the band – Sensible (guitar), singer Dave Vanian, keyboardist Monty Oxymoron, bassist Paul Gray and (since departed) drummer Pinch – returned to Rockfield Studios in Monmouth, Wales (the site where they recorded the legendary early ‘80s triple-shot of The Black Album, Friday 13th and Strawberries) to put down their first new music since 2018's Evil Spirits. How are the results? Well, it’s not hyperbole or mere new-release excitement to say that The Rockfield Files could have been a side on The Black Album.
Yes, this thing is that good.
Bolstered by an intriguing ‘60s Psychedelic feel throughout the proceeds, the EP showcases some of the strongest Damned material in years. Still boasting one of the most recognizable voices out there, Vanian absolutely soars on this one, a feat aided by perhaps the richest backing vocals the band has ever committed to disc. As a collection of songs, The Rockfield Files falls somewhere between the aforementioned Black Album (the opening “Keep ’Em Alive,” the all-guns-blazing “Manipulator”) and the mid-‘80s Goth-tinged masterpiece that is Phantasmagoria (“The Spider & The Fly,” the breathtaking “Black Is The Night”). Cheers to the brilliant Monty Oxymoron – a Damned mainstay since the mid ‘90s – for again demonstrating how critical his keyboard work has been to the band’s sound over the years. Full marks as well to Ghost producer Tom Dalgety for giving the EP a modern sheen without sacrificing an ounce of soul.
While most new releases by veteran acts often prompt respectful if unenthusiastic listens from fans while they reminisce about the artists' past glories, The Rockfield Files finds The Damned at the peak of their powers. In 2020. Nearly 45 years after their first gig.
Who knew that would be possible? Well, anyone who’s ever heard The Damned.