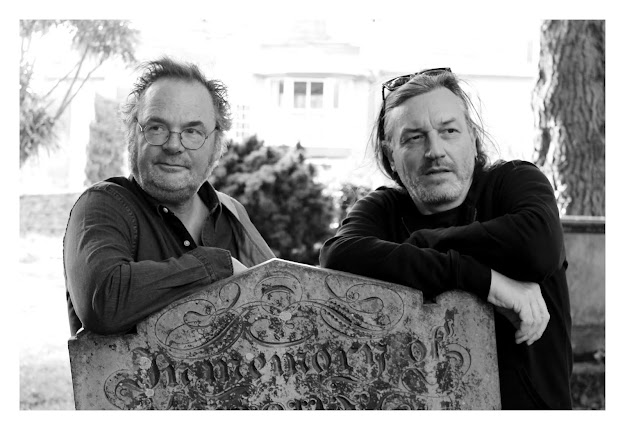 Get Marty Willson-Piper on the phone once and you’ll never forget it.

My 2018 conversation with the English musician – best known for his former decades-long membership in Australian legends The Church – was a sprawling ride colored by the man’s undeniable love of music. Even as a fellow sound obsessive, I found it difficult to keep up with the man as he bounced from praising ’80s Hard Rockers Kingdom Come and obscure living treasure Robert Wyatt to detailing his dreams for his stunningly extensive In Deep Music Archive project. And when he got to discussing his then-in-progress Noctorum release (The Afterlife) with longtime friend and collaborator Dare Mason and his various musical plans for the future…Good God! Thirty years after arguably The Church’s greatest success in the States, he was still firing away in as many sonic directions as possible with the same enthusiasm as someone recording their first single.

Willson-Piper’s chat-ending rundown of his 2019 plans included a mention of work on the second album from MOAT, his project with Niko Röhlck of Weeping Willows. Now, the first taste of what is to come from that forthcoming release (Poison Stream, due in early 2021) has arrived in the form of “Gone By Noon.”

From the morose opening keys to Willson-Piper’s concluding croon of the song’s title, “Gone By Noon” (which finds him passing guitar duties to Röhlck, who also plays keyboards, in favor of handling the bass) is a decidedly somber affair. While Willson-Piper’s past work with The Church often hid lyrical gloom behind shimmering arrangements (1988’s “Reptile” is a prime example), there are no grey shades – neither musically nor lyrically – to be found here. The sense of loss and disillusionment is direct and palpable:

The films you play

The “black and white” reference is perfect, as “Gone By Noon” is 3am noir music tailor-made for full ashtrays, empty bottles and that call you’ll never receive again.

Full marks to the track’s other performers – Mason on additional keyboards, Eddie John on drums and Olivia Willson-Piper on backing vocals – for so brilliantly contributing to the emotional depth of Willson-Piper and Röhlcke’s latest creation.

Have a listen below (then purchase via your favorite digital music platform):