With a résumé including two of the most influential and hardest-hitting bands of all time - The Dictators and Manowar - guitarist Ross the Boss’ stature in the history of Punk and Metal has been well-solidified for decades. Anyone of a certain age who grew up in the NYC-area underground music scene knows how important The Dictators were to the foundation of American Punk, and anyone who loved intense Metal in the ’80s knows how outrageous and incendiary Manowar truly were back in the day.

Unlike some who might be tempted to put their feet up and bask in past glories, Ross the Boss has never stopped working. Tonight, he begins a series of three New Jersey/New York-area shows with his current solo band – Garden State bass legend Mike Lepond, singer Marc Lopes and drummer Lance Barnewold (who is stepping for fellow Manowar veteran Kenny “Rhino” Earl). The band plays tonight at Dingbatz in Clifton, NJ; tomorrow night at Blackthorn 51 in Queens, NY; and Sunday night at the Brighton Bar in Long Branch, NJ. On August 3, Ross and his crew will hit the stage in Schleswig-Holstein, Germany to perform at the latest Wacken Open Air festival.

I was lucky enough to get Ross on the phone just as he was gearing up for the gigs for the following interview.

What’s up with Rhino? Why was the drummer change made for this current version of the band?

We were sad to find out that there were some physical problems; he just needed to take some time off. We all wish him the best and hope he gets better.

What makes Lance a good fit for the band?

First of all, he has already played an incredible bunch of shows with me. He was the original drummer in the Keep It True band, and actually that was the show that started all of this. The great thing about Lance is that lives right here. He’s my nephew, and he’s a very good drummer. He’s really talented guy – not just because he’s my nephew – and he deserves to be there.

You have Mike Lepond on bass, and he’s an incredible musician.

He’s awesome. As far as I’m concerned, he’s the finest bass player in the world. Really, he’s an unbelievable musician. He plays with his fingers. When we speak of him, I want people to think Geezer Butler, John Entwistle, Jack Bruce and Mike Lepond. That’s the stratosphere that he’s at as far as I’m concerned.

How does Marc Lopes complete the circle?

As far as I’m concerned, he’s one of the finest singers out there. He’s a Manowar fan, but [he knows] other kinds of Metal. He really sings this music with respect and brings his own thing to it as well. And you’ll hear that on the new record. We’re very happy; the whole thing clicks. We’ve put it a lot of hard work this year on tour.

That leads me to a question. I talk to a lot of guys who were active in the ’70s and ’80s and still active now. It seems to me that a lot of them find great and very strong audiences overseas. I know plenty of guys who go out and play Wacken, for example. What is it about that particular scene in that part of the world that enables it to remain so enthusiastic and receptive to this style of music?

The Metal/Rock fans in Europe, South America and Japan get it. It keeps getting passed down through the generations. The audiences keep getting younger, actually. The respect for musicians is a lot greater in Europe. If you tell somebody in this country that you’re musician, you’re looked at like (mimics a moan) ‘Who are you?’ But in Europe, if you’re a musician, it’s something of an honor. It’s prestigious. People look at it with respect.

You have a new album in the works. Where are things with that currently?

Hopefully, we can get this out by the end of the year. We’re working hard on it; that’s why we didn’t schedule a lot of shows this summer.

I always like talking with musicians who have a history going back to the ’70s, but it’s a different industry now. Back in the day, it was about getting a record deal; now, things are all over the place. Where do you see your place in the industry now in terms of how you’re able to produce music?

Honestly, it’s a lot easier for me than it is for a lot of bands. I can book shows and command fees. It’s a lot easer for me to mount tours, go to Europe and travel to South America. When I put out a CD, I will get more attention than the young bands. It’s a darn shame, because a lot of these young bands are very good. But being who I am and what I’ve done, I can get more press. Believe me, I work hard. I’ve worked hard all my life, so this is what I get. But it’s a lot harder for the young bands. 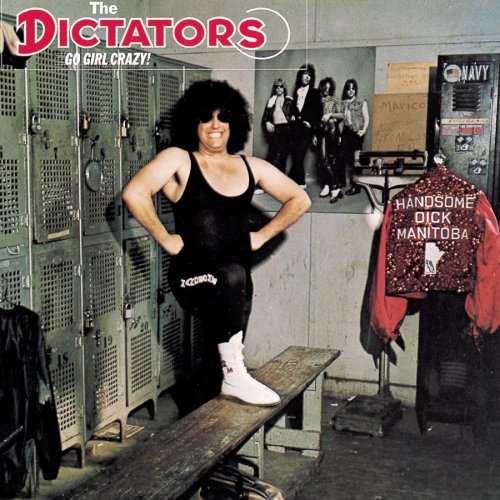 Why did The Dictators recently change their name to Manitoba NYC after all these decades?

Here’s the problem. I can tell you in a nutshell what happened. The Dictators are four guys, okay? I started the band with [bassist] Andy Shernoff; it was me and him. Then we got [guitarist] Scott Kempner, and then we got [singer] Handsome Dick Manitoba. The four of us are the original band. The name “The Dictators” is owned by four people. Two of the people who currently are not playing [with us] suddenly want to be compensated for us to use the name. We said, ‘No fucking way!’ First of all, we’re not millionaires; second of all, why should I work so hard to give you money? I’m busting my ass hard enough. But we live in a litigious society and a society that just likes to sue everything. They've got lawyers; instead of going through $50,000 in legal fees, we just chose, ‘You know what? We’ll change the name. We’ll deal with the Internet; we’ll deal with our fans, promoters, everybody. That’s just the way it’ll be.’ I just didn’t feel like giving money to people for my hard work. I don’t think they deserve it. 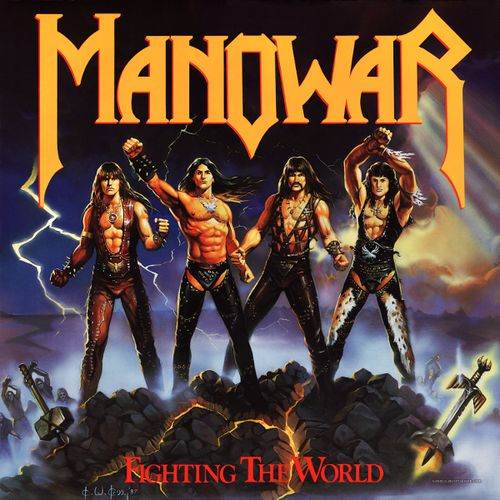 It’s been 30 years since the release of Manowar’s Fighting The World. I was first getting into music at the time, and it was Glam Metal and that Hollywood thing. Then you guys put out this record, which was way different than all that stuff. When you look back 30 years later, what are your feelings on that particular era of Manowar and ultimately the effect you had on the music scene at that point in time?

We were definitely unlike anything that was out there. Like it or hate it, love us or hate us – and there were a lot of 'em who hated us – I think we set a trend; we invented a new kind of music called Power Metal. I think we were in the right place at the right time. They’ll never be a band like us again; we definitely had our influence on a lot of things.

You came up in the mid ’70s era in New York, so you were there when all that stuff was springing up. Now, 40 years later, we have the books and movies to represent what that scene was. You’re still seeing what’s going on in the world when you travel. Are there any scenes out there – regardless of where they are in the world – that remind you of the vibe and sprit of those early days?

Sadly, no. Let’s face it, you will never again see that many different and talented people playing different kinds of music come together in a club like CBGB. It will never happen again like that. If you really think about it –Talking Head, Ramones, Dictators, Heartbreakers, Blondie, Dead Boys, then the Hardcore scene – I don’t think you’ll ever see anything like that happen again. It was just magical. 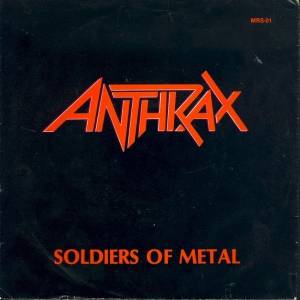 Going back to another part of your history, you produced the first Anthrax single way back when. Obviously, that’s a band that's still around and doing their thing. When you were working with those guys, did you get a sense that they might be a band that would end up being in the game 35 years later?

Yes, I knew they would be in the game. Scott Ian was a very dedicated young fella. He was very motivated; he had a gift of talking to people and getting people to do certain things. He had a lot of charisma. I knew Anthrax would be good; I knew they would be successful. I produced [drummer] Charlie [Benante]’s first time in the studio. I knew it, even though they had a different singer, a different bass player and a different guitar player. I knew that band would eventually be really pretty good.

I follow them, because I have friends in the band still. Every time I see them, we always have a great time together. I’m proud for them.

It’s well over 40 years since you started in this business, and this is a really hard business to have that kind of history and still keep the ball in the air. For you, what has been the key to not only having the desire to keep doing this, but being able to survive and maintain a focus on success?

It’s called don’t be lazy. You have to wake up every day and work at it, okay? Nobody is handing you anything in this business. You’ve got to work at it every single day. You have to push, push, push and push. No one’s giving you anything for free. I’m very aggressive; I’m a very hard worker. I don’t take any days off. You just have to do it every day. If you stop, you stop. Show me a successful musician or a successful businessman in anything, and I’ll show you a very hard worker.