Released last Friday by Cleopatra Records, Metal Box - Rebuilt in Dub is the latest album by original PiL bassist and veteran sonic alchemist Jah Wobble, who has reworked and re-recorded eight of the original album’s 12 tracks (plus two earlier PiL numbers) with help from former Siouxsie and the Banshees/Specimen guitarist Jon Klein (who, along with Wobble, also contributes drums). Of course, recording a new version of Metal Box in 2021 is a bit like repainting the Mona Lisa – and a surprising move from a man who didn’t have a shred of interest in revisiting PiL material just a few years ago.

“I wouldn’t have touched it with a barge pole,” he says of the not-too-distant past. “I would have been sniffy – offended – if anyone had dared to say I should go back and do PiL stuff.”
That all started to change about a decade ago when he slowly began adding PiL tracks here and there (and often in drastically reworked fashion) to the repertoire for his long-running solo band, Invaders of the Heart. Then came the extraordinary 2017 Invaders of the Heart album The Usual Suspects, which ended up featuring three PiL covers. (Anyone reading this must check out the album’s mesmerizing version of 1978’s “Fodderstompf” at least once in their lifetime.) Along the way, he gradually retooled some of the arrangements for the Metal Box-era PiL tracks he brought back to the stage.
The idea to go full bore into a (nearly) complete re-do of Metal Box was not a response to Wobble’s renewed interest in PiL, but rather an idea pitched to him by Matt Green at Cleopatra. Wobble’s relationship with the label began via his appearance on last year’s all-star Pink Floyd tribute album, Still Wish You Were Here. (Here’s something you probably couldn’t have imagined: The album’s rendition of “Have a Cigar” features Wobble alongside former Damned drummer Rat Scabies, former Billy Idol guitarist Steve Stevens, former Yes/Moody Blues keyboardist Patrick Moraz and – get this – Dream Theatre’s James LaBrie!) Much to the eventual joy – and, let’s face it, utter fucking shock – of PiL fans the world over, Wobble jumped at the chance to actually give Metal Box another go.
“I think [Matt] was surprised, because I think he thought I would say, ‘I don’t know; I need to think about it.’ I said yes because I already had an idea of what I would do with that.”
What Wobble did was create a fresh-sounding album that honors Metal Box’s magic while incorporating new levels of esoteric flare. Interestingly, four songs from the original album (“Bad Baby,” “No Birds,” “Chant” and “Radio 4”) are absent from Metal Box - Rebuilt in Dub in favor of including a double-shot of new versions of “Public Image” and “Fodderstompf” off 1978’s First Issue. While bypassing 25 percent of the album may be a head-scratcher to some, Wobble believes this decision brought a sense of cohesion to his latest endeavor.
“I just thought what I got there was a nice balance. That was the balance as a kind of thematic record […] I thought I was going to miss [the other tracks], but as I worked with it, I thought, ‘This is feeling right’ - the tempos and the fills and everything. I altered some of the tempos, and some of the keys are different from the originals. They segway into one other nicely.” 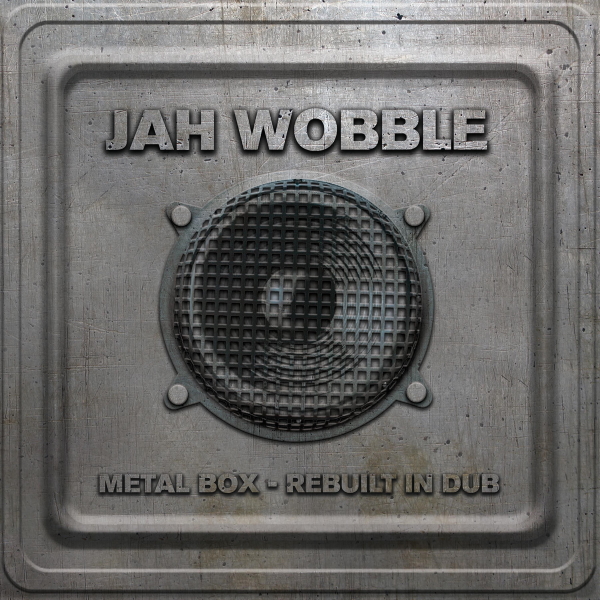