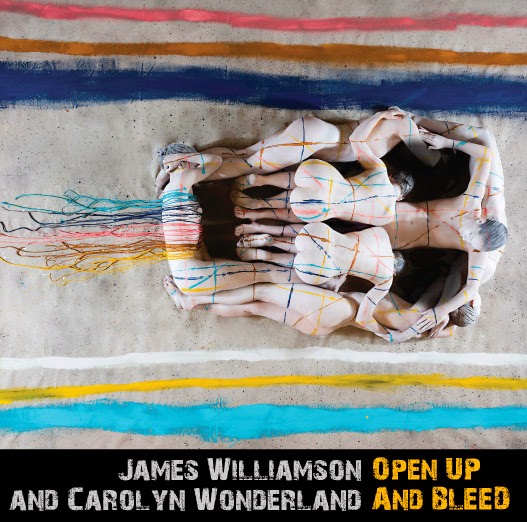 As previously reported on this site, legendary Iggy and The Stooges guitarist James Williamson is in the process of finishing Re-Licked, a collection of re-recorded version of rare Stooges songs, for release later this year. While on a break from the road, the members of the live touring version of The Stooges got together and recorded music that was originally penned by Williamson and singer Iggy Pop in 1973/74. These songs were never properly immortalized in studio form since the band didn't have a record deal at the time. Re-Licked will offer fresh takes on Stooges tracks such as "I Got A Right," "Rubber Legs," "She Creatures Of The Hollywood Hills," "Wild Love" and others, with vocal duties handled by a vast array of guests including Jello Biafra, Mark Lanegan, Ariel Pink, Lisa Kekaula (The BellRays) and more.

The first single from the project, "Open Up & Bleed"/"Gimme Some Skin," will be released on Record Store Day (April 19) and boasts vocals by powerful Blues singer Carolyn Wonderland.

The Re-Licked version of “Gimme Some Skin” is currently streaming at Classic Rock Magazine.

In other news, Williamson has released an official statement on the passing of Stooges drummer Scott Asheton, who died on March 15 at the age of 64:


To all my friends, Thank you so much for your kind words and thoughts around the passing of our friend and bandmate Scott Asheton last night. My only comfort is that he reached out to me in an email about a week or two ago saying that he was thinking of me and the good times we had together and that he would like to make some music with me. I responded but he never got back to me again. I guess that was his way of saying goodbye for now… Anyway, my heart goes out to his immediate family Liz, Leanna Raquel Asheton and Kathleen Asheton. He was one of the good guys and a friend of mine.