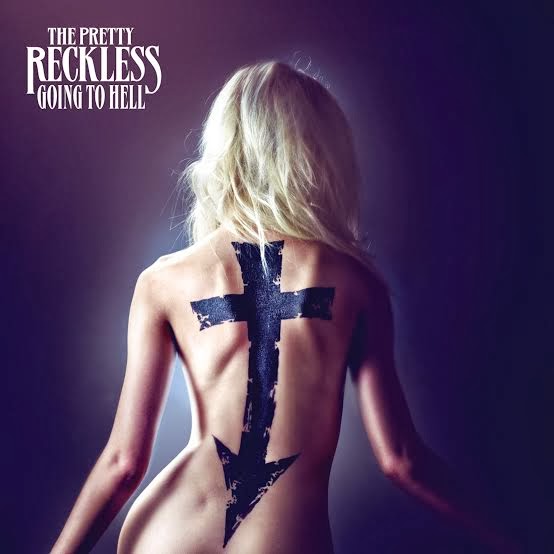 “Subtle” is not a word you’d use to describe Taylor Momsen.

While that other Taylor is producing the musical equivalent of passing notes in class, Momsen is jumping on the desk, ripping off her shirt and slipping the teacher the tongue. More Iggy Pop than Katy Perry, the 20-year-old former Catholic schoolgirl and Gossip Girl actress is known to give her live audiences a bit of barely-covered-nipple topless action from time to time, while the cover of Going To Hell - her second album with her band The Pretty Reckless - shows her wearing nothing but black paint. (She shows off even more skin on the vinyl edition). Hell, the album even opens with the sound of a female orgasm. Although some of the more conservative and/or cynical members of the public might be unimpressed by such blatant “sex sells” exploitation, the fact remains that anyone unwilling to look beyond a bare ass on the cover and simply listen to the actual music will miss out on experiencing one of the finest albums released so far this year.

Available March 18 on Razor & Tie, Going To Hell is as musically satisfying as it is aesthetically pleasing. Boasting a strong, soulful voice sometimes reminiscent of a young Theo of The Lunachicks (especially on the Punky title track), Momsen fronts 12 songs that are strong enough to appeal to the Rockers on the Sunset Strip (yes, they still exist) and inspire a shy girl in Momsen’s home state of Missouri to get her first leather jacket and swap her red lipstick for black. The album’s true masterpiece, “Sweet Things,” is a glorious five-minute mix of Sabbathy Metal (complete with an acoustic breakdown!), Psychedelica straight out of Strawberry Fields and – cuz why not? – Death Metal growling. It’s a truly impressive piece of work – and powerful proof that this band is far more than a fleshy gimmick.

Other highlights: Shades of “We Will Rock You” and “Another Brick in the Wall (Part 2)” drive the shamelessly anthemic “Heaven Knows,” while the Marilyn Mansonesque “Why’d You Bring A Shotgun to the Party?” is sinister enough to keep the Hot Topic contingent happy. “Fucked Up World” offers a brilliant how-to guide on finding the perfect balance between the artistically edgy and the musically accessible, while “House On A Hill” could inspire classes on how to write a modern day power ballad. Although The Pretty Reckless succeed in rocking through most of Going To Hell, the album’s three softer numbers (“Dear Sister,” “Burn” and the closing “Waiting For A Friend”) showcase another dimension of the band’s sonic arsenal and make one hope that this direction is explored at greater length on future releases.

Sure, Going To Hell is an unapologetically commercial release. Sure, plenty of fans will buy this just to see Taylor Momsen without clothing. But unlike most of the “Rock” albums to hit the mainstream marketplace these days, this album will stand on its own 20 years from now – naked singer or no naked singer. Why? Because great songs are great songs, period.

Going To Hell is available for pre-order in a variety of bundles HERE.