'Black Sabbath' at 45: An Appreciation 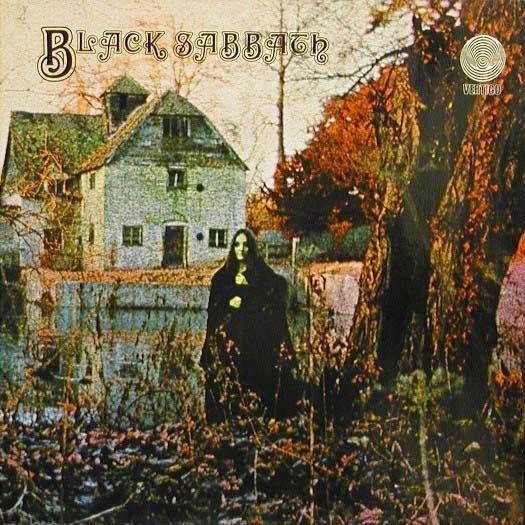 February 13, 1970. With heavy rain and a crack of thunder, everything changed.

On this day 45 years ago, four young men from the post-war streets of Birmingham, England released their debut album and created a new genre in only 38 minutes. Every band, every album, every note that has ever been called “Metal” can be traced back to the sounds on this album. This is an indisputable fact. Career paths were decided, lives were dramatically altered (and perhaps even saved) and a new style of music was unleashed on the world because of this thing.

What Ozzy, Tony, Geezer and Bill built on this album - and on the seven records that followed - will never be bettered by anyone else. Why? Because these four people put their very souls into the grooves on those records. From crying out against the horrors of battle and the atrocities committed against our beleaguered veterans (“War Pigs” off Paranoid) to shining a light on the often-ignored struggles of the working class (“Killing Yourself To Live” off Sabbath Bloody Sabbath), Sabbath gave a voice to those who needed it most. They stood on some of the biggest stages in the world, but these four men always stayed close to the streets - where humanity's heart beats the loudest. Black Sabbath showed many that genuine strength and growth could come from facing - and overcoming - the dark side. They offered catharsis through distortion, an escape through intense songs that were cries for peace in a world gone mad. And it all started when a young man first responded to this chaos with one question: “What is this that stands before me?”

Bill Ward – A man whose heartfelt devotion to Heavy Metal is matched only by his generosity and kindness. Love and thanks to you, sir.

Geezer Butler – A man whose many talents turned pain into poetry, impacting millions in the process.

Tony Iommi – An unwavering engine who recently pushed through the hardships of severe illness to perform for crowds all over the world. A true inspiration and working class hero.

Although the four original members of Sabbath are entitled to more praise than the world could possibly give them, appreciation must also be shown to the many fine musicians who kept the band alive between 1979 and 1996. As always, I tip my hat to Bob Daisley and Eric Singer, true gentlemen in an ever-savage industry. At the same time, I honor Ronnie James Dio, Cozy Powell and Ray Gillen, departed comrades in Metal whose contributions to the music of Sabbath and other bands secured their immortality. I also send my thoughts to one-time Sabbath bassist Craig Gruber, a vastly accomplished player who is currently battling Stage 4 cancer. (More info on Craig's condition – and how you can help – is available here.)

All hail Black Sabbath, forever the greatest Heavy Metal band in the world.