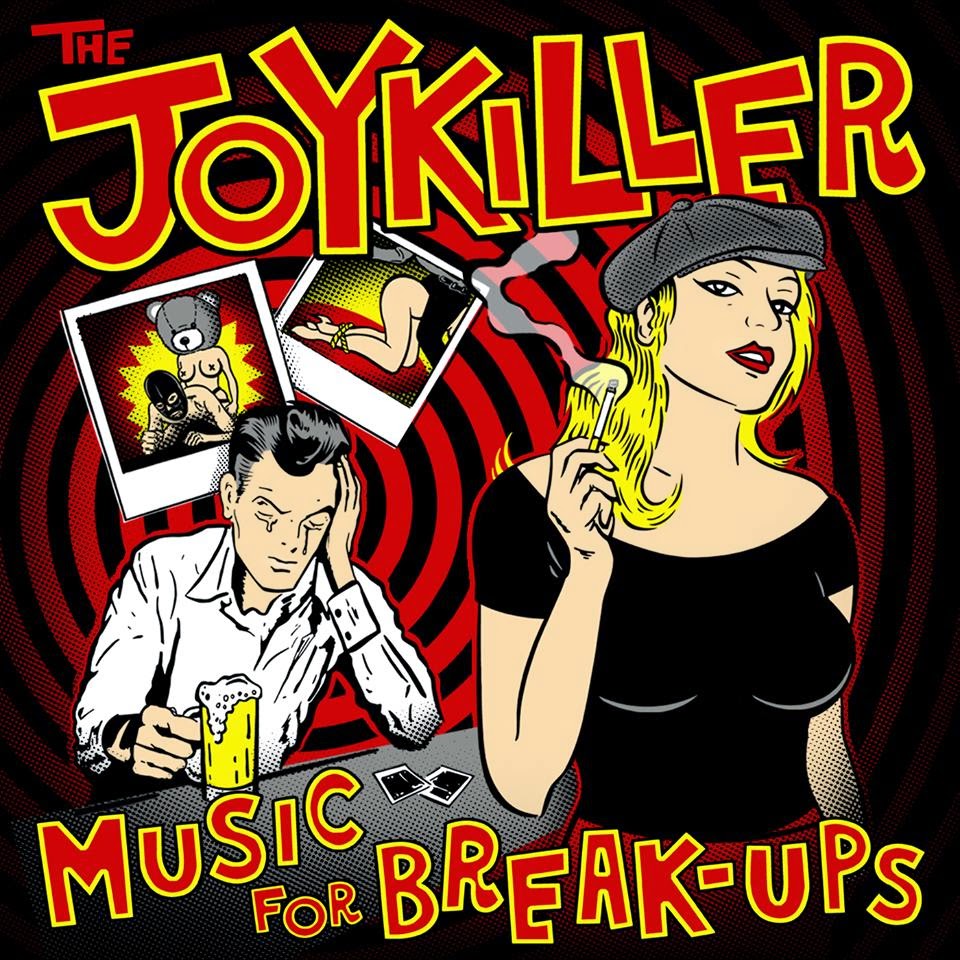 As previously discussed on this site, legendary Punk singer Jack Grisham has consistently delivered the goods for nearly 40 years. Although he has fronted a number of memorable outfits over the years (Vicious Circle, Cathedral of Tears, Mens Club, The Manic Low, the tragically overlooked Tender Fury), he is perhaps best known for his ongoing work in the great T.S.O.L. (a spot he originally held from 1979 to 1983). Before rejoining that band on a full-time basis in 1999, he led the Southern California-based group The Joykiller through three studio albums (The Joykiller, Static and Three) from 1995 to 1997. (A compilation called Ready Sexed Go! surfaced in 2003.) While preparing for a move last summer, he unexpectedly came across a box of cassettes with demo recordings of various Joykiller songs from back in the day that never materialized on a proper album. Inspired by what he heard, Grisham launched a successful Indiegogo campaign to give this music the home it deserves in the form of an all-new Joykiller album, Music For Break-Ups. Not only did he raise the funds, but he also ended up with one of the most amazing casts of musicians ever assembled for a recording project.

So...what do you get when you put all those musicians on one record? An album that falls somewhere between The Manic Low's flawless 2012 effort, Songs For An Up Day, and T.S.O.L.'s brilliant (and insanely underrated) 1983 masterpiece, Beneath The Shadows. Sure, Grisham made a name for himself in the early '80s singing about corpse fucking (T.S.O.L.'s “Code Blue”), but there's more New Wave than necrophilia on Music For Break-Ups. Instead of experiencing a bastard offspring of Dance With Me and Only Theatre of Pain, listeners instead receive the best California Punk-into-Pop crossover record since Redd Kross' Third Eye. Of course, anyone who has followed Grisham's output knows that he's really a soul crooner at heart (a fact made obvious when listening to the title track off 1982's Weathered Statues or even those old Vicious Circle recordings), and Music For Break-Ups showcases some of the strongest vocal performances of his career.

Music For Break-Ups' many highlights include the Motown-flavored “That Girl,” the inescapably catchy “Lipstick On The Radio” and “Hey Yeah (I Don't Believe It),” the Broadway-hit-in-waiting “Best Friend's Girl” and the stellar musicianship that kicks in at the 0:59 point in “She's Not There.”

Motown...Broadway...This is a record by a bunch of Punk guys, right? Yes, but it's record by the right bunch of Punk guys. Name a classically trained composer from the original Masque scene other than Paul Roessler. Can you think of another frontman who went from a song like “Abolish Government” (from the first T.S.O.L. EP in 1981) to something as developed as “Forever Old” (from Beneath The Shadows) in the span of two years? And who else on this planet plays guitar like Rikk Agnew or Steven Hufsteter? These people are innovators, which is why the decidedly unPunk-sounding Music For Break-Ups makes absolute sense. If you think Punk is a state of mind and not just a genre of music, then this is the record for you.

Music For Break-Ups is available now at CD Baby and iTunes.