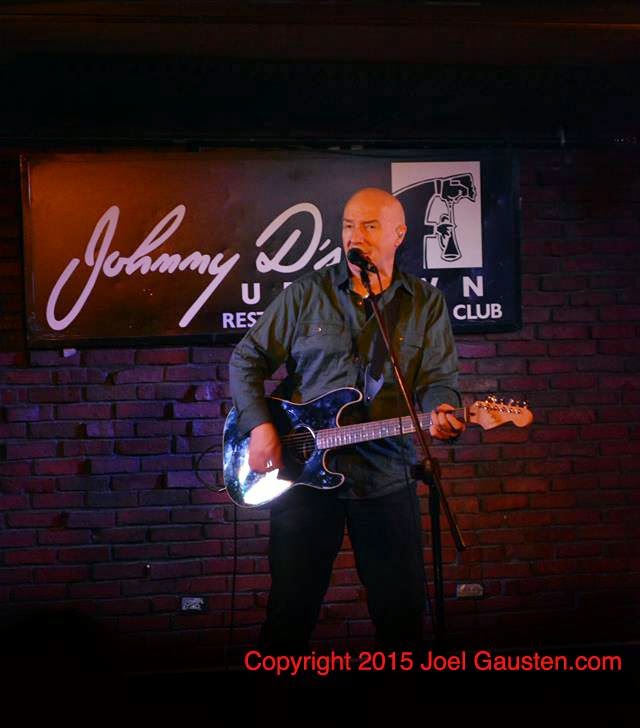 “This is about as low-key as you can get!” joked Midge Ure shortly after taking the stage at Johnny D's in Somerville, MA on a snowy February evening. As previously discussed on this site, Ure is currently traveling through North America on his “Fragile Troubadour Tour,” a jaunt that sees the longtime musician (Ultravox/Thin Lizzy/Visage/Rich Kids) driving from club to club with only his guitar and a modest selection of merchandise. This is quite a tall order for a 61-year-old man who performed in front of millions as part of Live Aid three decades ago. But for nearly two hours, the music he delivered at this small venue across from the Davis Square Station earned enough love and admiration to fill an arena.

Stripped down to only his voice and six strings, Ure effortlessly carried the 105-minute show by delivering classic after classic from both his solo career (including stellar versions of “If I Was,” “Cold Cold Heart,” “Guns And Arrows,” the new track “Become” and the Berlin Wall-inspired “Tumbling Down”) and his time with the legendary Ultravox (”Hymn,” “Vienna,” “The Voice,” “Brilliant,” “Dancing With Tears In My Eyes,” an extraordinary “Lament”). The recently departed Steve Strange was honored with a soaring rendition of Visage's “Fade to Grey,” while the encore included covers of Tom Rush's “No Regrets” (Ure's first solo hit from 1982) and David Bowie's “Lady Stardust.” Ure's trademark voice remained strong throughout the set, reaching its apex during a stunning “Vienna.” Simply put, the man still has it.

(By the way, full marks go to the vast majority of the audience, who actually refrained from talking throughout the show and simply took in the music coming from the stage. What a novelty in 2015!)

Ure punctuated his 21-song set with a self-deprecating sense of humor that covered everything from his sometimes-shaky solo career (he responded to the applause given to “Breathe” with “...and you didn't buy it!”) to his thick Scottish accent (which he compared to Groundskeeper Willie's). He also took a dig at the “kara-fucking-oki” artists currently dominating the charts, questioning why a show like America's Got Talent is even necessary in the country that invented Rock 'N' Roll. Of course, the best way for an artist to swim against the tide of today's music business is to keep true artistry alive, and that is exactly what Ure is doing on this current tour.


The conditions outside were treacherous, the crowd inside was modest and the environs were far from glitzy. But every single person who braved the lousy weather to be at Johnny D's last night felt every single note this singer/guitarist offered from that stage. That's the mark of a genuine performer. After a 45-year career of intense ups and downs, Midge Ure has clearly won the game.