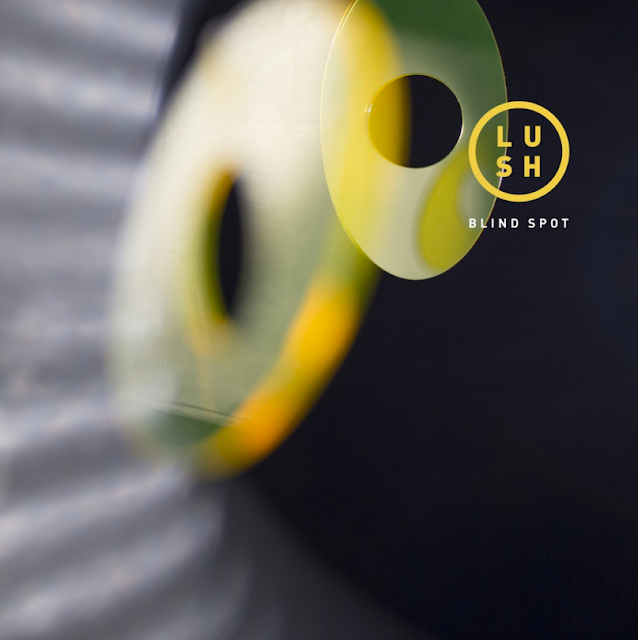 “Seeing you again is such a lovely surprise." - Lush, “Lost Boy”

Of all the current reunions by '90s-era UK bands (Slowdive, Ride, the variably active My Bloody Valentine, etc.), Lush's return is the most unexpected and meaningful.

Formed in 1987, Lush steadily built an international fanbase with a series of albums (including 1992's magnificent Spooky) and consistent touring (highlighted by a spot on the '92 Lollapalooza tour). By 1996, the band was at the peak of their powers with Lovelife, a still-brilliant album bolstered by the video hits “Ladykillers” and “500.” Tragically, any opportunity Lush had to build on this success disappeared with the suicide of drummer Chris Acland that October.

Devastated, the band split apart. Guitarist/vocalist Emma Anderson later resurfaced in the early/mid 2000s to release a couple of albums with a band called Sing-Sing, while '90s-era Lush bassist Phil King later played with The Jesus And Mary Chain. Singer/guitarist Miki Berenyi kept the lowest profile of all, abandoning the music industry entirely to pursue a career in publishing. Aside from a surprise guest vocal appearance at a 2013 show by UK Oi! band Hard Skin, one of the most captivating figures in UK music history had basically vanished without a trace. All signs pointed to the reality that Lush – a band halted long before their time – would never appear on stage or on record again.

But that all changed in September 2015, when Berenyi, King and Anderson announced a reunion that subsequently led to their first North American tour in two decades. Former Elastica drummer Justin Welch, who previously worked with Anderson during Sing-Sing's demo days, is keeping the beat on the current run.

While recent Visa issues prevented the band from performing the first three dates of the US tour (including a spot at Coachella this weekend), this is still a time of long-overdue joy for Lush fans. Out on April 22 via the band's Edamame label (and featuring Welch on two tracks), the four-song Blind Spot EP is the record so many of us have hoped for over the last 20 years. Naturally, a release of this magnitude comes with extremely high expectations. Fans could have decades to take in and love a disbanded group's previous albums, but they often expect anything new that comes from a reunion to immediately meet and exceed the standards set by past glories. (A perfect example of this is Bauhaus' largely ignored 2008 reunion album, Go Away White, the band's first full-length studio release since 1983. Although its high points are indeed stronger than some of the things the band produced on their final two pre-breakup albums, Go Away White was still doomed to never live up to 25 years of fan lamentation and legend building.)

Thankfully, Blind Spot is an instant classic with material that is powerful enough to stand alongside Lush's beloved discography and make the listener believe that the band's 20-year disappearance never happened. Nowhere on this EP is this more obvious than on the opening “Out Of Control,” a track showcasing the same near-whisper vocals and effects-laden guitar jangle that made the band so endearing the first time around.

The positive vibe of “Out Of Control” is soon overshadowed by the heartbreaking “Lost Boy,” where Berenyi narrates an unexpected encounter with Acland:

There's a face I recognize
Seeing you again is such a lovely surprise
Beckoning me with your smile
Wait just a moment 'til I know we're alone
I feel your fingers slipping out of my hand...I've lost you

From there, she struggles to catch up to him (“Faces crowd you from my sight/ “Seems like I'm always just a moment behind,” “Desperate to be beside you/I didn't know I'd never see you again/Just one moment to be with you again”) before accepting the truth that it was all a dream (“I'm waking, you're fading”). In a little over three minutes, Berenyi sums up the sorrow felt when any of us desperately reaches out for something – a person, a moment – that we will never have again.

The listener is given an opportunity to come down from the heavy emotions of “Lost Boy” on the considerably lighter “Burham Beeches,” a '60s-flavored gem of a tune made even better by a guest appearance by the great Terry Edwards on trumpet.

Blind Spot concludes with the deceptively serene “Rosebud,” which finds Berenyi's initially soothing vocals soon revealing acts of revenge (“Sleep now/ lie in the bed/That's when I send my curse into your heart,” “A drop of blood is all it takes/ to close your eyes and seal your fate.”) As always, Lush's greatest strength is perfectly balancing the angelic with the aggressive.

While it's extraordinary to be able to hold and listen to a new Lush record in 2016, the surviving band members' greatest victory was achieved before they even entered the studio. Rising above a painful past, they decided that now was finally the time to carry on. Lush will never again be what they once were, but what they are able to offer us today on Blind Spot is breathtaking and beautiful.

These people were meant to create music together. It's so wonderful to have them back.