The Flamin' Groovies are the best band celebrating their 50th anniversary by releasing a cassingle you'll hear all year. Promise.

Since reforming in 2013, The Flamin' Groovies have hit stages in Japan, Australia, the UK and across the US. A new full-length album and a documentary film on their long-awaited reunion are in the works. The band's current lineup features classic-era members Cyril Jordan, Chris Wilson and George Alexander.

The Jordan/ Wilson/Alexander incarnation of The Flamin' Groovies originally existed from 1971 to 1980 and are best known for the 1976 underground classic Shake Some Action (Sire Records). Joined by new drummer Victor Penalosa, they're currently on the road, showing diehard fans new and old around the globe how the real deal does it. Unlike other extraordinary “lost” American bands (Sonic's Rendezvous Band, The 13th Floor Elevators, etc.), The Flamin' Groovies are still alive and well – and tearing it up while people less than half their age complain about having to get out of bed in the morning. You can't beat the real thing, so catch them now at one of their upcoming shows: 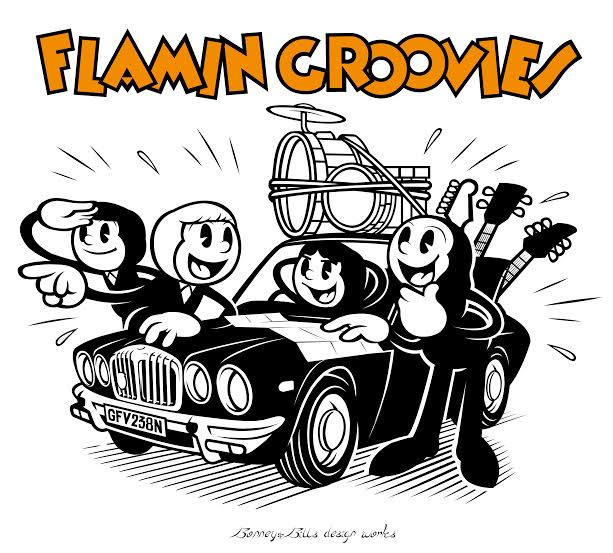