Metal to the Nations: Diamond Head Hit 40 with Force 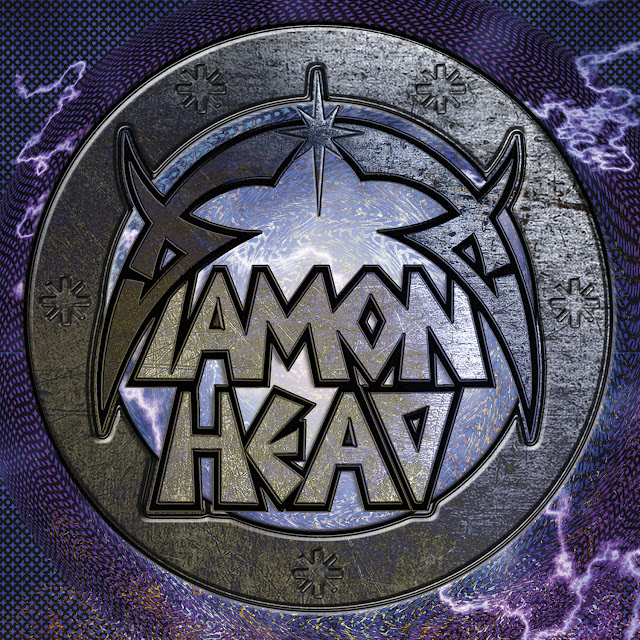 “If it wasn’t for Brian Tatler, there’s a pretty good chance none of us would be here tonight.” - Lars Ulrich, Sonisphere 2011

Everyone who loves Metal knows how crucial Black Sabbath’s 1970 debut album was to the development of the genre, but another album released a decade later had an equal – if sometimes overlooked – impact on some of the biggest acts on the planet. Ask Lars. Ask Hetfield. Ask Mustaine. They will all tell you that Diamond Head’s 1980 album, Lightning to the Nations, was the roadmap for American Thrash Metal. Fast-forward 36 years later, and these New Wave of British Heavy Metal (NWOBHM) cult legends – still led by founding guitarist Brian Tatler – have just released the best old school Metal album of the last six months.


Released in North America on June 24, the self-titled CD is the band’s first release with new singer Rasmus Bom Andersen, who came on board after previous vocalist Nick Tart emigrated to Brisbane, Australia with his family in 2008.

“All we seemed to do was pay to fly Nick backwards and forwards for gigs,” Tatler recalls. “[We’d] just rehearse for the gig, and then Nick would fly back home because he's got a wife and kids and a full-time job and all that. Any kind of rehearsal for new music went out the window… So after a while, we decided to replace Nick because it just became so complicated and expensive. We started thinking, 'Let's have a look for an English guy or a guy who lives in England.' We ended up with a Danish guy, but he lived in London, so it's not a problem. He can get up and down on the train. We started working with him; after a while, I thought, 'He's so good, has such a great voice and does such a great job with the old Diamond Head material. Let's just see if we can write some new songs and at least have a go.'”

Interestingly, Diamond Head waited 36 years and six albums before giving a collection of their songs an eponymous title.

“We had lists on the rehearsal wall where I put up a piece of paper with 'name this album' and people would write down their suggestions,” Tatler explains. “A lot of them were stupid or pretentious; they just didn't sum up what I wanted, really. Very often, you call the album after one of the song titles. We didn’t have all the song titles until Ras did the finished vocals. I kept trying to think of a title, and I think Eddie [Moohan], our bass player, suggested Diamond Head.

“I thought, 'Well, this has been done before,’” he continues. “I know Genesis did it, and the Beatles and Metallica have done it. So I think it's okay to name an album after the band. It's a kind of statement, like, 'This is it and this is part of the story.' We were okay with calling it Diamond Head; it just seemed the best and right thing to do.”

Perhaps the most thrilling aspect of the new album is the fact that Diamond Head are still very much in the game and remain part of a special group of NWOBHM bands active in the present tense. What does Tatler see as the reason behind that scene’s durability after so many decades?

“I think it was a generational thing. All us kids who were 16, 17, 18 had grown up listening to these incredible bands of the '70s - like Black Sabbath, Zeppelin, Purple, Rush, AC/DC, Thin Lizzy - and that must've rubbed off on us. That was a fantastic period of music. My favorite period of music is the 1970s, so I probably wanted to do something similar and give something back and take it forward. We were trying our best to compete and push forward, and I imagine a lot of the other bands all around the country – Saxon, Def Leppard, you name it – were doing probably the same. A lot of us were aware of each other, but we were trying to make our way in the world. We'd got some stiff competition, because a lot of these bands are still going, of course. Like Judas Priest. You can go and see them at your local place of worship. I think the quality was there, and once it got established in Sounds and they got it on the front cover, I took notice and certainly thought, 'Wow! There's an opportunity here for Diamond Head to get signed.' We were formed in 1976; by '79 when it started happening, we were about ripe for something to come along and give us an opportunity to get heard [by] a wide audience.”

Of course, four of the guys in that audience were the original members of Metallica, who covered four songs off Lightning to the Nations (“The Prince,” “Am I Evil?” “Helpless” and “Sucking My Love”) at their early shows. This adoration carried into the studio, with their take on “Am I Evil?” appearing on both the 1984 Creeping Death EP and the Elektra Records re-release of 1983’s Kill ’Em All. Later, they covered “Helpless” on 1987’s Garage Days Re-Revisited and “The Prince” for the B-side of the “One” single in 1989. In 1998, they released their rendition of another Lightning to the Nations track, “It’s Electric,” on the double covers album Garage Inc. Not surprisingly, Tatler is quick to show his respect for the Metal giants.

“I'm full of admiration for what Metallica have done,” he says. “It's an incredible ride, I think. I've been to see them probably at least 20 times. To watch that band come from nothing to conquer the world and [be] the biggest Metal band of all time is an incredible thing to see. To have met Lars when he was just a Diamond Head fan – and he never mentioned playing the drums or forming a band or anything – and watch him rise to the top and headline the biggest festivals in world is something I've never seen happen before or since to anyone I actually knew and could count on as a friend. That was unbelievable. Yeah, they were influenced by bands like Diamond Head and Motorhead and Maiden and whatever back in probably '81, '82 or '83. But by the time Master of Puppets came out, I think they'd left that style and the New Wave of British Heavy Metal influence probably behind, and they pushed into some new territory that no one had been before. Then everyone started copying them, and now there's 100,000 bands that sound like Metallica.”

The release of Diamond Head coincides with its namesake’s 40th anniversary. Despite decades of lineup changes, temporary breakups and fluctuations in mainstream attention, the band’s sole remaining original member keeps the engine running with a genuine dedication to his craft.

“I like Diamond Head; it's been my baby since day one. I formed the band; I came up the name and I'm the co-writer, so I've tried to look after and protect the name. I also still play live whenever possible; I feel it's what I do best. I don't have a day job; I don’t have anything else I could do. I couldn't go and be a landscape gardener or something like that. I teach guitar as well, and I play in a covers band. I'll do whatever just to keep playing and keep it alive. Since our drummer, Karl [Wilcox], joined in '91, he's been very helpful to me and the band in keeping us on the road and doing a lot of the day-to-day running of tour managing and booking and flights – the stuff that needs to be done behind the scenes.”

Forty years after forming, Diamond Head continue to make some of the strongest sounds around. While they may not be selling out arenas, the group’s resilience stands as proof that the real thing always survives.

“I suppose Diamond Head is always trying to climb up the ladder, even after this long period of time,” Tatler says. “It would be nice to be playing some of the big festivals and get on a support tour with someone and just keep the level up rather than down. No one wants to sit in a transit van for 10 hours and play to 50 people. And we've done that, but nothing has seemed to have stopped my enthusiasm completely, and I don't mind doing the work. But if we could play to 5,000 people instead of 50 people, it would be very nice.”