Strays Come Home: Inside the Musical Minds of Dogtablet 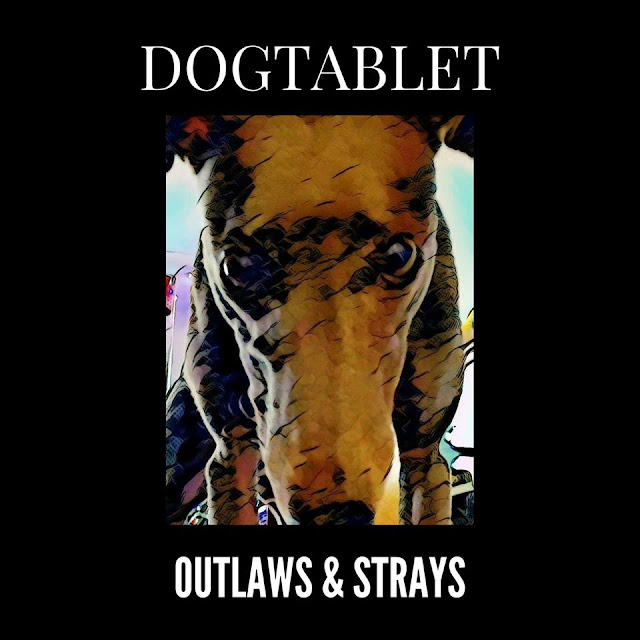 Martin King and Roberto Soave know a thing or two about writing songs.

For several years, the eclectic and adventurous pair have built a career out of composing music for film and television in their native UK. Whether it’s an upbeat Folk tune or an atmospheric Trance piece, they put their heads together and craft sounds whenever the marching orders come down from above. Naturally, this line of work succeeds in stirring the creative juices, so it’s not at all surprising that they’ve developed a surplus of material over time. Enter Dogtablet, their independent project and the force behind last year’s extraordinary Outlaws & Strays.

Considering that Dogtablet describe their purpose as “creating and producing soundtrack and production music and the occasional commercial release,” it makes sense that the album’s overall mellow, Morcheeba-meets-The Orb vibe works extremely well as cinematic background music (or as an at-home chill-out playlist, for that matter.) Of course, it certainly helps when the people creating the tunes have such accomplished histories: King is a former member of British Industrial progenitors Test Dept, while Soave has spent time in The Associates, Shelleyan Orphan and The Cure.

Outlaws & Strays initially began as a Soundcloud page that King and Soave would use to post material they composed on the side away from work.

“Everything on the album was basically written for us,” explains King. “It was written because that’s what we sounded like right at the time.”

“Eventually, it got to the stage where it was just kind of sitting there stagnating,” adds Soave. “Martin came up with the idea of just compiling an album of the stuff we’ve written for ourselves.”

Outlaws & Strays was soon followed by an EP, The Bare Bones. 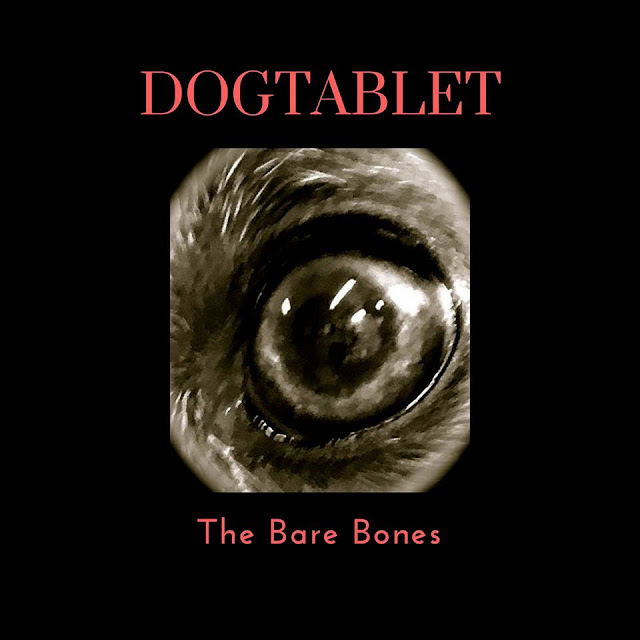 For King, Dogtablet represents a return to releasing albums after a 18-year absence. His public re-emergence began in 2016 when he participated in the 25th anniversary shows for the mighty Pigface, with whom he originally toured in the late ’90s.

“It was brilliant; I absolutely fucking loved it!” he says of the “Pigface 25” experience. “I saw a thing that [Pigface leader] Martin [Atkins] put on Facebook that he was thinking of doing the Pigface reunion thing. I was like, ‘Oh, I’d quite like to do that!’ I certainly knew how all that worked; it works on a shoestring budget, and it means Martin works his nuts off.”

To help the undertaking stay in the black, King elected to pay his own way to Chicago in November 2016 to participate in the “Pigface 25” shows at Reggies and the House of Blues.

“I’m part of the family, but I don’t consider myself one of the people you go, ‘Yeah, we definitely need him right away!’ I wanted to do it again because I really enjoyed it; it’s bonkers and it’s fun. As soon as I said to Martin that I wanted to go, he was bang-up for it.”

Unsurprisingly, the trip led to King forming new friendships and collaborations with variety of other Pigface members. Currently, he and Soave are working on new music with saxophonist Roger Ebner, guitarist Krztoff and bassists Karen Righeimer and Greta Brinkman, among others.

“It’s opened up new avenues for all the things that I want to do.”


After spending the ’80s releasing singles with a number of indie bands that failed to move beyond regional notoriety, King got a career boost – and far more than he ever bargained for – when he passed an audition to join Test Dept in 1990.

“They were very regimented in their approach to their music, which was a thing I had never experienced before,” he recalls. “With my drumming style, I never did anything twice; I just played how I wanted to play on a tune at the time. I was quite freaked out when they were all there with their notepads! They’d be writing, ‘Six of these, eight of those, 12 of those,’ and then they’d ask, ‘Do you need a pen?” I’d go, ‘No…’ (laughs) I did one rehearsal with them, and then we went off on tour. They are such brilliant people; it was amazing.”

After performing his first Test Dept gig at a festival in Holland, he got in a van with the rest of the group and drove nonstop to Portugal.

“We got to this castle…Everyone had agreed that we’d start the gig by everyone standing on the ramparts of the castle with visuals going on down below. I’m petrified of heights; it took me ages to climb down the ladder, get to the stage and start playing. They had already started by the time I got down there!

“The best thing we did was a gig halfway up Mount Etna in a lava crater. You could see the glow and the clouds below us. It was an amazing thing to do, even if the brakes on the bus failed on the way down!”

Thanks to a partnership with Atkins’ Invisible Records (which handled the American releases of 1995’s superb Totality, which featured guest vocals by Daisy Chainsaw/Queen Adreena’s KatyJane Garside, and 1997’s Tactics For Evolution), Test Dept finally hit the US seven years into King’s run with them.

“When Martin took us to America, I went, ‘Wow! A bus! And I don’t have to drive it! I can watch telly and have a beer! I can die now; I’m a happy man!’ I have a lot to thank Martin Atkins for.”

(King’s association with Invisible would eventually lead to the release of his 1999 solo album, Orange [under the moniker Subgenius], and production work with fellow Pigface members/Invisible signees Meg Lee Chin and Sow a.k.a. Anna Wildsmith.)


Around the time King was bouncing between craters and castles with Test Dept, Soave was on stage in stadiums with The Cure. After he first crossed paths with the band in the ’80s while a member of The Associates, his connection with The Cure grew in 1990 when he joined former drummer/keyboardist Lol Tolhurst’s group, Presence. He was also involved in Shelleyan Orphan, a group fronted by captivating singer Caroline Crawley, who was then-Cure drummer Boris Williams’ girlfriend. These relationships soon led to a surprising – and major – offer to play in The Cure for a month’s worth of shows on their 1992 Wish tour when regular bassist Simon Gallup suddenly took ill.

“Boris called me up one Saturday night and said, ‘What are you doing?’ I said, ‘I’m just messing around on the bass.’ He said, ‘Well, you better keep messing around on the bass, because Robert’s going to call you to ask you to cover for Simon.’ I was like. ‘’Jesus Christ!’ At three o’clock in the morning – typical Robert Smith time – I got a call.”

Before he knew it, he was on stage with Smith and Co. playing two-and-a-half-hour shows.

“I was on stage with about 20 sheets in front of me for the first gig! Perry [Bemonte], the guitarist at the time, was great; he’d sort of go [me to], ‘Chorus!’ – and there’s about 15,000 Cure fans in the audience! I’m standing there going, ‘Oh my gosh! How am I going to manage to get through this?’”

Shelleyan Orphan’s sterling body of work was celebrated with the release of a four-CD/one-DVD box set in 2017. Sadly, Crawley passed away a year earlier following a lengthy illness.

“It absolutely broke my heart,” Soave shares. “The irony of that is that Shelleyan Orphan had just been offered a new record deal. The real shame is that I always wanted Caroline to get involved with some Dogtablet stuff.”

Always working on new material (including some recent tracks with former Belle Stars/Pigface singer Jennie Matthias), King and Soave have high hopes for Dogtablet in 2018 and beyond as their mutual passions for music continue to evolve.

“You never stop doing it,” Soave says. “Even if I won a million quid on the lottery tomorrow, we’re still going to be doing this all the time. I love music; it consumes my whole life.”

“I’m either sitting up [in the studio] doing this or I’m downstairs on the PlayStation,” adds King.  “One of them is more rewarding than the other, but I’m not going to tell you which!”

Best of all, Dogtablet has served as a way to get King back to releasing records after being away for far too long.

“I’m so happy. This is exactly what I was meant to be doing.”