Every Mother’s Nightmare (EMN) were a great band at a terrible time.

In 1990, the Memphis-based Hard Rock act were presumably on top of the world. Signed to Arista Records and championed by music industry legend Clive Davis, the band released a bulletproof eponymous debut album that made instant Headbangers Ball staples out of “Love Can Make You Blind” and the infectious “Walls Come Down.” Unlike the vast majority of bands that saturated the scene at the time, EMN boasted an arsenal of musical chops and a truly memorable frontman in singer Rick Ruhl. Sadly, it wasn’t meant to be. By the time 1993’s follow-up album Wake Up Screaming came around, it was impossible for EMNs brand of Rock to spark interest in the Grunge-dominated marketplace.

Now, here’s where the story takes an unexpected turn: While most of their peers threw in the towel as soon as the major label well ran dry, Every Mother’s Nightmare never went away.

Late last year, EMN released Grind, their first full-length album in 15 years, on HighVolMusic. An expanded and enhanced version of the self-released 2015 EP of the same name, this incarnation of Grind boasts eight studio tracks, three live recordings and three videos. (“One-stop shopping!” says Ruhl.) Musically, Grind presents a perfect (and expertly produced) balance between the EMN sound of yesteryear and an intriguing modern touch that doesn’t come off the least bit contrived. The album is not the sound of a band trying to recapture their glory years; it’s the sound of an inspired, rock-solid band still growing its vibe after decades in the game. Highlights include “Snake,” “Loco Crazy” and the pristine “Blown Away.” Guests on the album include Zach Myers of Shinedown, Saliva’s Wayne Swinny and the incomparable Jim Dandy of Black Oak Arkansas. 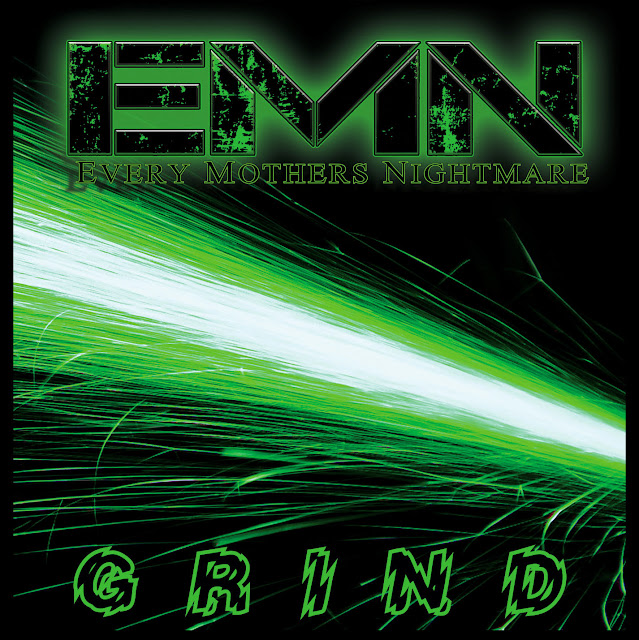 Of course, Ruhl and his EMN crew are promoting an exceptional album in an industry that’s changed dramatically since the heady days of MTV hits and Arista recording budgets. Although some old-school rockers have struggled to transition to the modern realities of web-based promotion, today’s music world suits Ruhl just fine.

“With the machinery back in the day, we had to have a ballad to be valid,” he says with a chuckle. “It was kind of spoonfed. But with what’s going on today with the internet, you can find tons of great music everywhere. When I started listening to music, I was listening to Charlie Daniels, Elton John, Elvin Bishop, Van Halen, Alice Cooper – everything. I think today is much cooler [than the ’90s]; you can find a bunch of really good stuff.”

Twenty-eight years after EMN first gained public attention, Ruhl is still out there doing his thing despite facing the same industry lows that took out many of his contemporaries. That stands as undeniable proof that you can’t kill the real thing.

“It was really hard to play music for a while there, but the biggest part for me is that I like to write songs. If I don’t write, I start getting irritable and into a bad mood and people start wanting me to move out of my house! (laughs) If I go to a club and there’s 10 people there who get what we’re doing, let their guard down and just see what we’re all about, that’s probably the biggest high for me. One person might come up to me and go, ‘Man, you got me through my divorce.’ Shit like that’s cool.”

Every Mother’s Nightmare play with Pretty Boy Floyd this Thursday, May 3 in the Vault at the Greasy Luck Brewpub in New Bedford, MA. Go here for info.