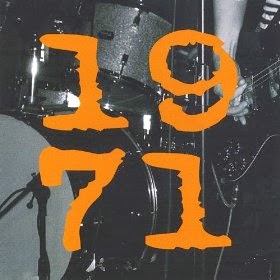 For more than two decades, drummer Adam Zuckert and guitarist/bassist Beth Carmellini have created some of the finest Alternative Rock to ever come from California. The duo’s work in the recording studio began circa 1992, when Adam (best known in those days as a member of CA Hardcore Punk legends Final Conflict) and Beth (formerly with the group Suicide Door) joined forces in Garbage Hearts, one of many short-lived ’90s projects fronted by the late Rik L Rik (F-Word!/The Slaves). Rounded out by guitarist Brad Logan, the band lasted long enough to record a handful of songs that eventually surfaced in 2007 as The Lost EP 1992-1993. These recordings (especially the must-hear “Unfree”) rank among L Rik’s finest work.

After Garbage Hearts parted ways, Adam and Beth joined guitarist/singer Jenni McElrath and bassist Hedge Jones (later replaced by Mitchell Townsend) in Red Five, a criminally underrated group whose all-too-brief lifespace (collected in a fantastic 2009 anthology) included a stint with Interscope Records and a spot on the Warped Tour. Here’s one of their best-known songs,“Space:”


After Red Five, Adam re-connected with Brad Logan for a stint in F-Minus and later worked with California singer-songwriter Matt Costa, while Beth moved on to enjoy an ongoing career in the media and marketing sides of the music business.

The two longtime friends reconnected musically in 2006 for 1971, a hobby band that exists to this day. In 2009, 1971 (with occasional bass help from Brandon Canchola, Andrew Alekel and Hedge Jones) debuted on disc with Cold Cuts, a six-song EP highlighted by Adam’s exceptional drumming/bass playing and Carmellini’s commanding voice. Instantly accessible, Cold Cuts resembled the best moments of the mid-’90s Alternaboom (imagine a louder Veruca Salt or a less esoteric Smashing Pumpkins) while showcasing the duo’s considerable musical growth. (The soulful  “Compact,” the drum-heavy “Never You” and the complex “Monster” are particularly stunning.) It’s impossible for anyone who’s been a fan of Alternative Rock for the last 20 or so year to not love this EP. 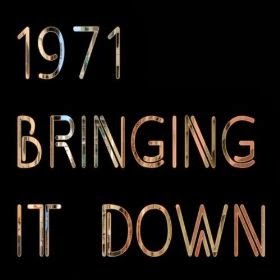 Aside from Adam’s brilliant 2010 solo project Music For Bad Dreams (featuring guest appearances by Red Five’s Mitchell Townsend and Miles from For Love Not Lisa), little was heard from the 1971 camp until late last year, when Adam and Beth unveiled “Bringing It Down,” a new single recorded in Hollywood with Shudder To Think’s Craig Wedren serving as producer. Recorded in one day with Brandon Canchola on bass and Wedren adding harmony vocals, “Bringing It Down” opens with subdued drums and vocals before giving way to a powerful chorus that reminds one of The Pixies’ best late ’80s moments. Don’t just take my word for it – check out the song below:

Nearly 25 years after Garbage Hearts, Adam Zuckert and Beth Carmellini are still creating intriguing music that deserves to be heard far beyond their home state. Even if the demands of life keep 1971 an occasional project for its co-creators, it’s an extraordinary way for them – and their listeners – to pass the time.

Purchase “Bringing It Down”