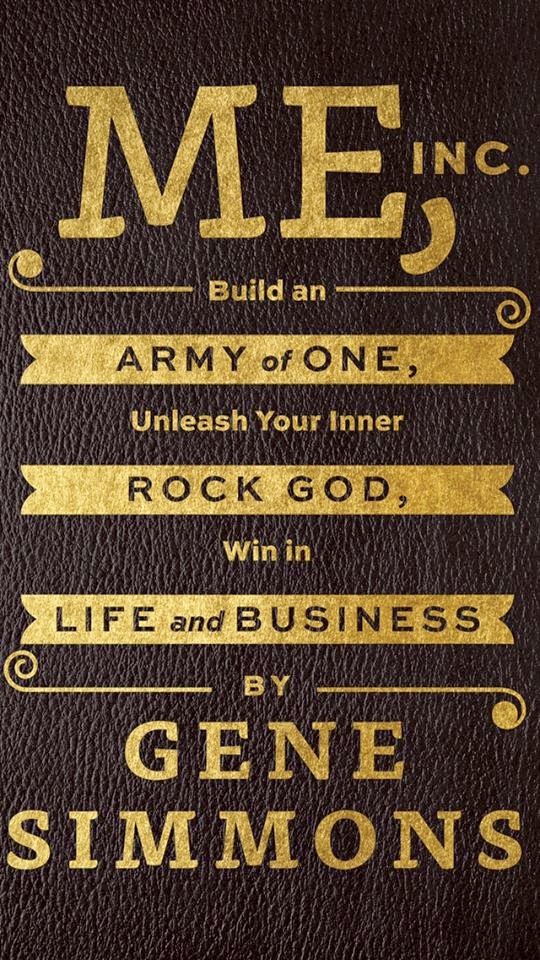 Gene Simmons is an asshole.

This is the guy who spent decades boasting of his sexual conquests with groupies while he was supposedly in a committed relationship with model/actress Shannon Tweed. The guy who once told perennially stuffy NPR host Terry Gross, “If you want to welcome me with open arms, I'm afraid you're also going to have to welcome me with open legs.” The guy who once proclaimed to Oprah Winfrey that his tongue was “long enough to make [her his] very closest friend.” The guy who sees a piece of his burger (from his own restaurant, naturally) fall to the floor at an airport, picks it up and eats it in front of the paparazzi. As he'd likely be the first to tell you, Mr. Simmons is far from the most socially acceptable fellow in the room. But this KISS bassist/vocalist is also an immensely successful member of one of the world's most difficult professions, an impressive entrepreneur and an undeniably strong example of what it means to live the American Dream. Simmons' life philosophy is on display throughout Me, Inc., which (as the book's full title suggests) is designed to help the reader “build an army of one, unleash your inner Rock God [and] win in life and business.”

While Simmons' larger-than life public persona and blood-spewing antics continue to enthrall music fans 40 years after his band's debut album, perhaps the most fascinating aspect of Simmons' life story is how hard he had to fight to make it. Raised in Israel in the early '50s by a concentration camp-surviving single mother, Simmons (then known as Chaim Witz) spent most of his childhood in extreme poverty. As he writes in Me, Inc.'s first chapter:

We didn't have a bathroom. We had an outhouse, which was literally a hole in the ground. We didn't have toilet paper. We used rags, which were then washed and reused...I had never heard of toothbrushes. Or toothpaste. Or tissues.

Of course, Simmons' life would be drastically different two decades later, once KISS started on their way to becoming one of the most prominent musical acts of the 1970s. Along the way, he developed the roadmap for financial freedom that he shares throughout Me, Inc. Vacations? Wastes of time. Marriage? Don't even think about it until you've made your fortune. Children? Your economic strength weakens with each one you have. Each of the tome's 25 chapters is short and easy to digest – although what is said on the pages might give liberal-minded readers a serious case of agita.

Not surprisingly, Me, Inc. is full of the same to-the-point, ice-cold attitude that Simmons projects in other forms of media. (As former Plasmatics guitarist Richie Stotts once told me, “Whether you like the guy or not, Simmons doesn't bullshit around.”) Simmons makes it clear to the reader that Me, Inc. “isn't about being politically correct, it's about showing you how to make money.” Nowhere in the book's 224 pages is this more evident than when The Demon chides those who maintain their foreign accents or ethnic attire while living and working in America:

Let's be real. If I can't understand what you're saying to me, or if your accent is too strong, the impression I'll get won't be about the content of the conversation. It will be about your accent...I contend that the masses listen with their eyes, rather than actually listening to what is being said. Which is why there has never been a Hasidic newscaster on American television. And there likely never will be.

Elsewhere, our humble (yeah, right) narrator cautions business-minded women against parenthood (“...[I]f you decide to be a homemaker or a stay-at-home mom, you may as well leave your entrepreneurial aspirations at the door of the home that you didn’t get to buy.”) and gives a thumbs-up to Ayn Rand (“...[W]hether or not you agree with her philosophies, I think it's safe to say that the less you depend on government and the most self-sufficient you are, the better off you'll be.”)

Although these and many Simmonsisms are entertaining (or infuriating, depending on how much your heart bleeds), Me, Inc. makes its greatest impression when the writer shows his vulnerable side. In fact, he devotes an entire chapter to his various professional failures, including his lukewarm stints as a record label owner and talent scout. (Remember the Canadian band Gypsy Rose on Simmons Records? Didn't think so.) On the personal side, he reveals (with uncharacteristic humility) how his infamous philandering, anti-marriage ways nearly cost him his relationship with Tweed and his two children:

Ever since I was a small child, perhaps because my father had left us, I convinced myself I would never get married...For many years, I had been selfish, arrogant and delusional about all sorts of things. That same delusional faith in myself that helped me get things done in the business world became a double-edged sword, and put a strain on my relationship with my family. I deluded myself into thinking I could do whatever I wanted outside of my home and family, and that it would never get back to the family or hurt them. I was an idiot...The real truth of why I never got married is that I was afraid. I was afraid of commitment. I was afraid of the financial repercussions...That armor prevented me from being kind, loving and open to being loved. I didn't want to be hurt the way I had been hurt, the way my mother had been hurt.

Additionally, Simmons stresses the importance of philanthropy and using wealth and power to help others.

“This book is about how to be successful,” he writes. “I will tell you that I was not truly successful until I decided to also be charitable.”

(It's not an act: When I interviewed Simmons in 2013 regarding his efforts to raise money for a children's hospital in Saskatoon, his desire to help young ones in need was palpable. Besides, anyone who could write a song as lovely as “See You Tonite” must have a genuinely good soul.)

Of course, diehard soldiers in the KISS Army will easily identify a good chunk of Me, Inc. as slightly re-worked highlights from Simmons' previous books Kiss And Make-Up (2001) and Sex Money Kiss (2003). On top of that, the first thing you see when you open the cover of Me, Inc. is a photo of Simmons standing in front of a display of platinum records – the exact same image that graced the back cover of Sex Money Kiss. It is obvious that Me, Inc. is a product created to appeal to folks who got to know the man more through Gene Simmons Family Jewels (which premiered three years after Sex Money Kiss) than through his ongoing work with The Hottest Band in the World. Still, there's enough classic Simmons insight – as well as updates on his more recent endeavors (including his marriage to Tweed and his work with the excellent Kobra And The Lotus) – to keep even those who memorized his other books interested and inspired.

Love him or hate him, Simmons has created an intriguing niche for himself in this world. Me, Inc. explores how he got there – and perhaps how you can get there, too.