ALBUM REVIEW - The Juliana Hatfield Three: Whatever, My Love 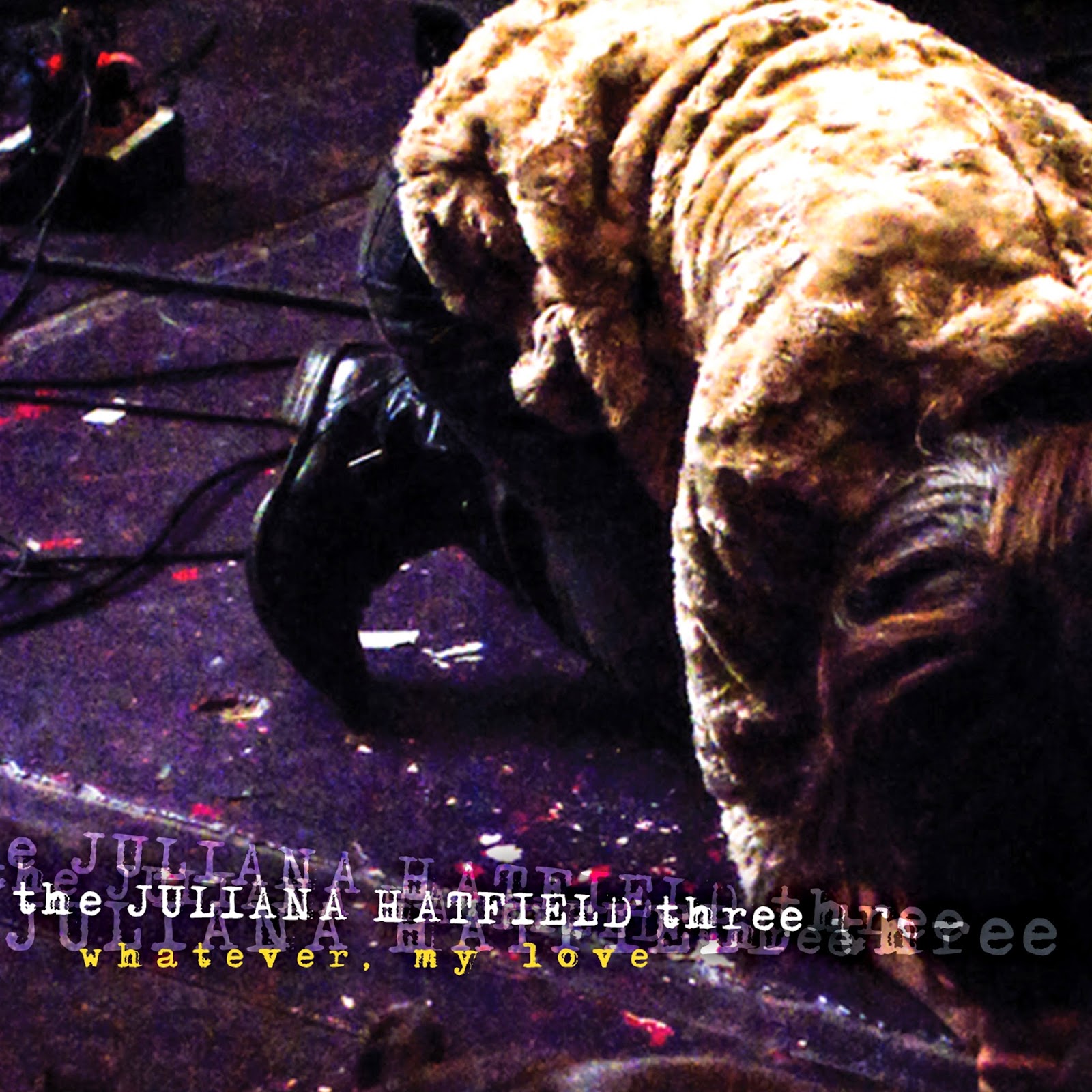 Some artists are just perfect.

While plenty of musicians struggle to maintain the inspiration and drive that fueled their early work once the years start to pile up, Juliana Hatfield has created absolutely flawless albums for nearly 30 years now. From her late '80s/early '90s work with The Blake Babies (whose 1989 album, Earwig, remains one of the most beautiful things ever committed to disc) to a solo career that has survived 23 years in an ever-changing (and often-frustrating) industry, the New England-based songwriter has never once disappointed. Her latest release, Whatever, My Love, finds her reuniting with drummer Todd Philips (Moving Targets/Bullet LaVolta) and bassist Dean Fisher (Tanya Donelly/Dylan in the Movies) as The Juliana Hatfield Three for the first time since 1993's Atlantic Records release, Become What You Are. That album represented Hatfield's commercial peak, as songs like “My Sister” and “Spin The Bottle” shone brightly during a thrilling moment in time when former indie acts could get big recording and video budgets and (specifically in Hatfield's case) a $400,000 publishing advance.

Now for the big question...How does this new Juliana Hatfield Three release compare to what the trio produced in that bygone era? Well, if you're one of those fans (like yours truly) who love Become What You Are, The Lemonheads' It's A Shame About Ray (which featured Hatfield on bass and backing vocals) and The Blake Babies' Sunburn as much in 2015 as you did decades ago, then this album will put a smile on your face and (depending on how personal you've made Hatfield's songs over the years) perhaps even a tear in your eye. From Hatfield's unmistakable voice to the perfect production, everything on Whatever, My Love sounds as great as you'd expect. Fisher and Philips deliver solid performances from start to finish, while the three songs (“Push Pin,” “Parking Lots” and “Dog On A Chain”) that were previously released in acoustic form on Hatfield's 2013 album Wild Animals are given an exciting new life in this band setting.

Since making her debut on The Blake Babies' Nicely, Nicely in 1987, Hatfield has proven herself to be one of those rare writers (like Paul Westerberg before her) who can sum up countless emotions in a few simple words, a talent made clear in the jangly “If I Could:”

Hatfield's other gift is her ability to wrap up vulnerability, depression and crippling social anxiety into insanely catchy tunes that seem so happy on the surface. Don't be the least bit surprised if you catch yourself singing ”I Don't Know What To Do With My Hands” (a song originally recorded by Hatfield's Minor Alps project that she says is about "pathological shyness") around the house as soon as you hear it for the first time. And who else these days can turn a line like “Take the push pin out of my cranium” (“Push Pin”) into an inescapable Pop earworm? Or how about the opening words to the ultra-peppy “Ordinary Guy”?:

All my friends are crazy
And my boyfriend's mean
He shoots up in front of me
In the daytime he sleeps
Oh, I want an ordinary guy

“Invisible” and “I'm Shy” further exemplify the album's happy sound/not-so-happy lyrics structure, while “Blame The Stylist” recalls how Hatfield's socially awkward, twentysomething self struggled to feel comfortable during her time as an Alt Rock cover girl in the '90s:


She said she had a PHD in style
So I let her do her thing to me
She said, 'Grin and bear it.'

I knew the dress was wrong, but I tried to get along
She made me look like a whore
Who am I being sexy for?

The internal pressures detailed throughout Whatever, My Love come to a head on the closing number, “Parking Lots.” Hatfield describes the song as “the story of someone who had a lot of problems fall on top of him – health problems, family problems, etc. - and how he dealt with it, keeping it all together when he had to and letting himself fall apart once in a while as a release.” The lyrics are simultaneously encouraging and devastating:

In a world where many singers demonstrate their strengths by screaming to the heavens, Hatfield shines brightest when expressing the quiet courage that is often needed to simply get through the day. Whatever, My Love is catharsis with guitars, and it is not hyperbole to suggest that its songs have the power to better – and even save – lives.

While Whatever, My Love certainly sounds fresh by 2015 standards, the album still succeeds in bringing longtime listeners back to the time when “Alternative” truly meant something. Heck, the album was even recorded in Hoboken, NJ, one-time indie music playground and home of the legendary Maxwell's (where I had the pleasure of catching Hatfield perform with Some Girls – her project with bassist Heidi Gluck and Blake Babies drummer Freda Love – in the early 2000s.) Of course, Maxwell's is no longer with us, and the highways of the once-thriving Alternative Nation are now littered with the bones and one-cent Amazon CDs of formerly buzz-worthy bands. (Before anyone solely blames downloading for the death of this genre in America, read the chapter entitled “The Telecommunications Act of 1996” in Hatfield's 2008 memoir, When I Grow Up, for serious some food for thought.) But despite the many challenges that come from being an independent artist (it's been 20 years since she had a note released on a major label), Hatfield is still here, offering us another stellar album to enjoy. There isn't a single moment on Whatever, My Love that isn't completely magical. Hear it once and you'll never forget it.

Whatever, My Love is out February 17 on American Laundromat Records.

The Juliana Hatfield Three play The Sinclair in Boston on February 27.