INTERVIEW - Sonny Vincent: Still Spiteful After All These Years


Sonny Vincent is the real thing.

A true music industry survivor who has been at this game since the late '70s, the former Testors frontman has spent decades delivering some of the finest Punk Rock 'n' Roll ever released. There ain't no such thing as a bad Sonny Vincent song, and the guy remains more active than most musicians one third his age. If you need proof of what Vincent brings to the table, check out this small sample from the ever-growing list of musicians who’ve worked with him over the years: Scott and Ron Asheton (The Stooges), Bobby Steele (The Misfits/The Undead), Ivan Julian (The Voidoids), Cheetah Chrome (The Dead Boys), Captain Sensible (Damned), Bob Stinson (The Replacements), Scott Morgan (Sonic's Rendezvous Band), Victor DeLorenzo (Violent Femmes), Wayne Kramer (MC5), Maureen Tucker and Sterling Morrison (The Velvet Underground) and Greg Norton (Husker Du).

Late last year, Vincent issued Spiteful, easily one of the best albums of 2014. Spiteful finds Vincent fronting a fantasy lineup of Sex Pistols bassist Glen Matlock, former Damned drummer Rat Scabies and Stooges saxophonist Steve Mackay. As previously discussed on this site, putting together a band like this is some serious, serious business – enough to make one reluctant to actually play the record out of fear of having his or her incredibly high hopes dashed. Thankfully, Spiteful will go down in history as one of the very few occasions where something like this absolutely works. The behind-the-scenes story of the making of Spiteful is available here.

Currently living in Germany, Vincent recently connected with me for the following interview.

I know that Spiteful was a long time coming for you. What went through your mind the first time you finally held a copy of the finished record in your hands?

I was like, 'Finally!' I had worked on it so long, mostly guarding the sound. It’s really challenging currently to keep people from destroying the sound you are going for. At one point, it sounded like one of these giant festival bands, with a huge bass drum and loud voice. It’s a job these days keeping it real! (laughs) Anyway, after all the time involved, it was rewarding to have it and hear the finished record.

Now that the album is done and out there, what kind of feedback have you received from the other guys who performed on it?

They all love it and they dig the sound. It came a long way from the initial recording in Belgium to the final mastering in Los Angeles. They like it so much they all have a tattoo of my face on their arms now!! So proud! Okay...sorry...Serious now.

You certainly had a unique combination of players on this album. How would you describe working with each of them for this project? What do you think each one brought to the album that wouldn't have been there if someone else stood in their shoes?

Rat Scabies has a ‘swing’ in his playing, as well as wild rolls. I go for a certain ‘feel’ according to the moment. Rat can swing and also slam that snare! My core taste and direction does have some ‘swing,’ and I like an authoritative snare drum. I love it in fact, and Rat can do that all day long. I like it tough; when there is a slight Eddie Cochran thang goin' on, I’m real happy. Rat can deliver the hard power, the finesse and that badassed ‘swing’! I love him!

Steve Mackay, what can I say? Badassed from head to toe. Givin’ that Rat gave a lot of swing, it provides Steve the platform to live where he is a true God. Amazing...the feel, the riffs, the natural instinctive approach.

And Glen Matlock was locked in tight. At one point, we were considering making one of his parts busier, but Glen insisted, “Listen, folks. I’m the bass player. I know by the time you guys are all done doing your parts, it will be full of madness. I want to keep it so there is some space for that.' Glen considered the songs and what I was going for, and he opted to provide a solid, tasteful and powerful bass approach. Simple but effective. He called it, right in the pocket. 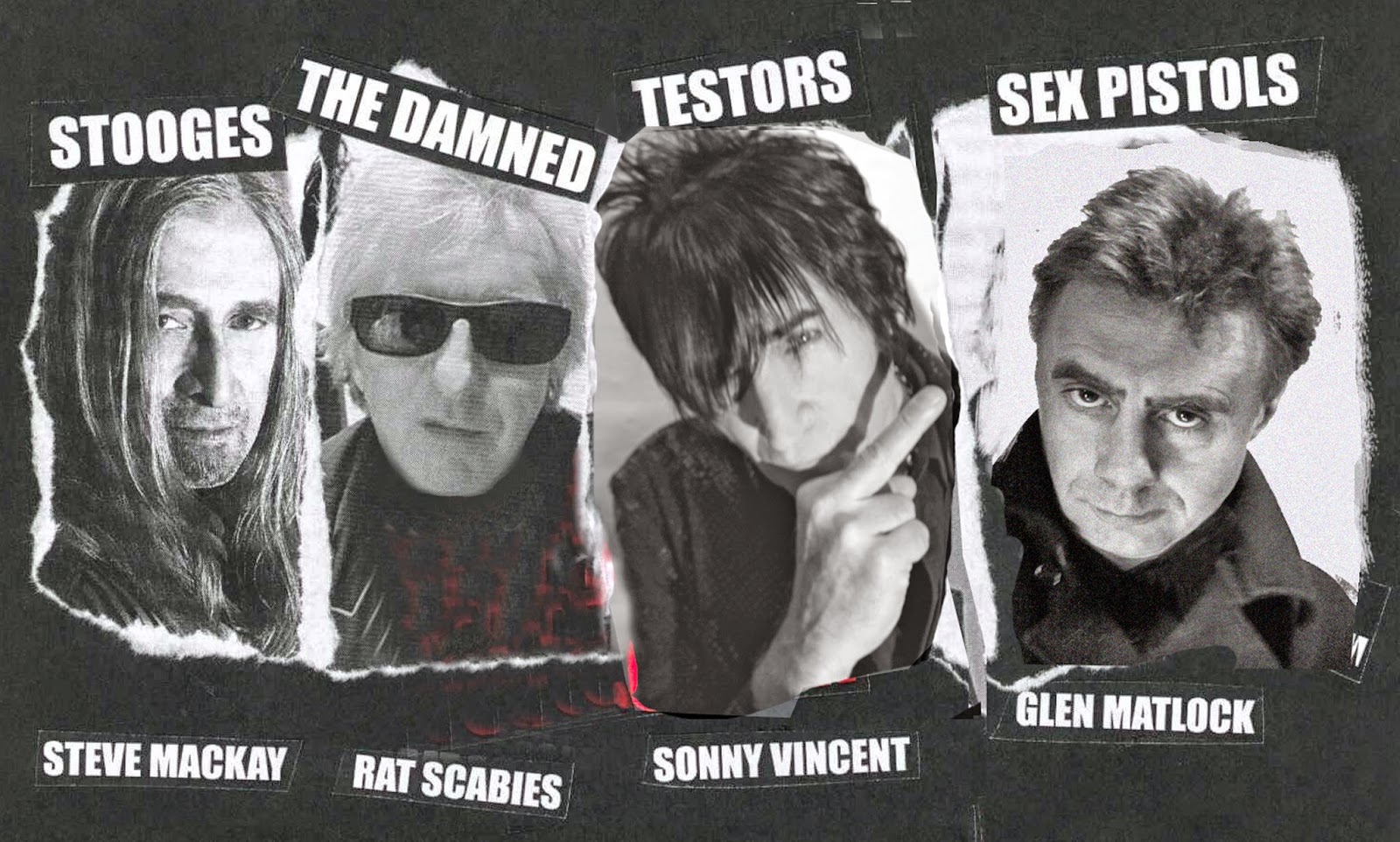 How do you think using vintage recording equipment most impacted the recording of this album?

Absolutely the way to go. Listen to the guitar hook on ‘Disinterested.' That’s a 1950s Vox guitar amp! All original, no modifications. You should hear my rough mixes! The whole recording was on vintage gear - the 24-track tape machine, the board, the mics, everything. I’m glad.

Listening to Spiteful now, what really stands out for you? What are the biggest moments on the album from your perspective?

I like hearing it and noticing the way it all fits together in a natural way. Sometime I’m lucky; in this case, there was not a whole lot of discussion. We played and did what we do. Hearing the flow is the high point for me. Also, I like the rawness.

What are the chances of seeing this material live?

We are talking about that!

You've worked with countless great musicians over the years. Who else would you love to play or record with if given the chance, and why?

James Williamson, because he is the ultimate badassed guitar player. Rough, brutal, in the pocket, biting rock 'n' roll, and then the next thing he hits you with is a soulful, transcendent beauty. There is no one like James. And those monolithic sharp down strokes! I’m not exaggerating...No one like James.

Over the years, James and I have talked. I remember when I was touring with Scott Asheton. It was around 1997, and we had an upcoming tour of Europe. I got the idea to ask James to join us on guitar. I said to Scott, 'Scott, it would be so cool; call James and hype him up! Yeah, tell him we are going to France, Italy, Scandinavia, Spain! Come on!' Well.. Scott called James, and James goes, 'I’m already visiting those places as a Sony rep!' It was actually funny. I was so excited... and then to find out my ‘pitch’ was not really so effective. I've kept in touch with him over the years. A few years ago, I was happy James told me he was playing some lap steel guitar stuff at home. Then he got back with the boys, and the rest is history.

You were part of that first wave of New York Punk in the mid-to-late '70s. Why do you think that era of music still resonates so much with people? Why does that period of time still matter?

I believe it's because there was a shared dissatisfaction with the way things were, and the music was real in the expression of that. A scene developed where along with rebellious and wild madness, there was enough space to create and express joy, fun, hate, love, boredom, etcetera. A lot of passion was exploding and creativity was encouraged. These days, although the same themes are sometimes expressed and explored, it seems and sounds like it’s all about money. I’m not talking of the young underground bands who are under the radar, but the main stuff put into the media these days.

There was a certain integrity during the mid-to-late '70s. Usually, it was not motivated by mercenary goals. There was an almost suicidal thrust into the sun, so to speak, sort of, 'I'm never gonna make it in the world, so I might as well say it and play it real.' The names of the bands in those times show this suicidal direction: The Cramps, Teenage Jesus And The Jerks, Richard Hell, Testors [after the glue company], Dead Boys, etcetera. People may think it was an attempt at the shock value, but that’s not really the whole picture. There was a real feeling that this music, in our scene, would never get out of the USA and we had no obligations to commercial compromises. There are some exceptions, stuff that was good from the scene, but somehow it was ‘produced’ and made ‘commercial.' I guess everyone has their path. And even in some of the most commercial stuff, the angst was still there between the lines. But I’m mainly speaking about the general attitude and why the music might represent something ‘real’ to people these days.

After all these years in the game, you're still producing solid work in the here and now. What inspires you most to keep going?

I never fit in anywhere else. 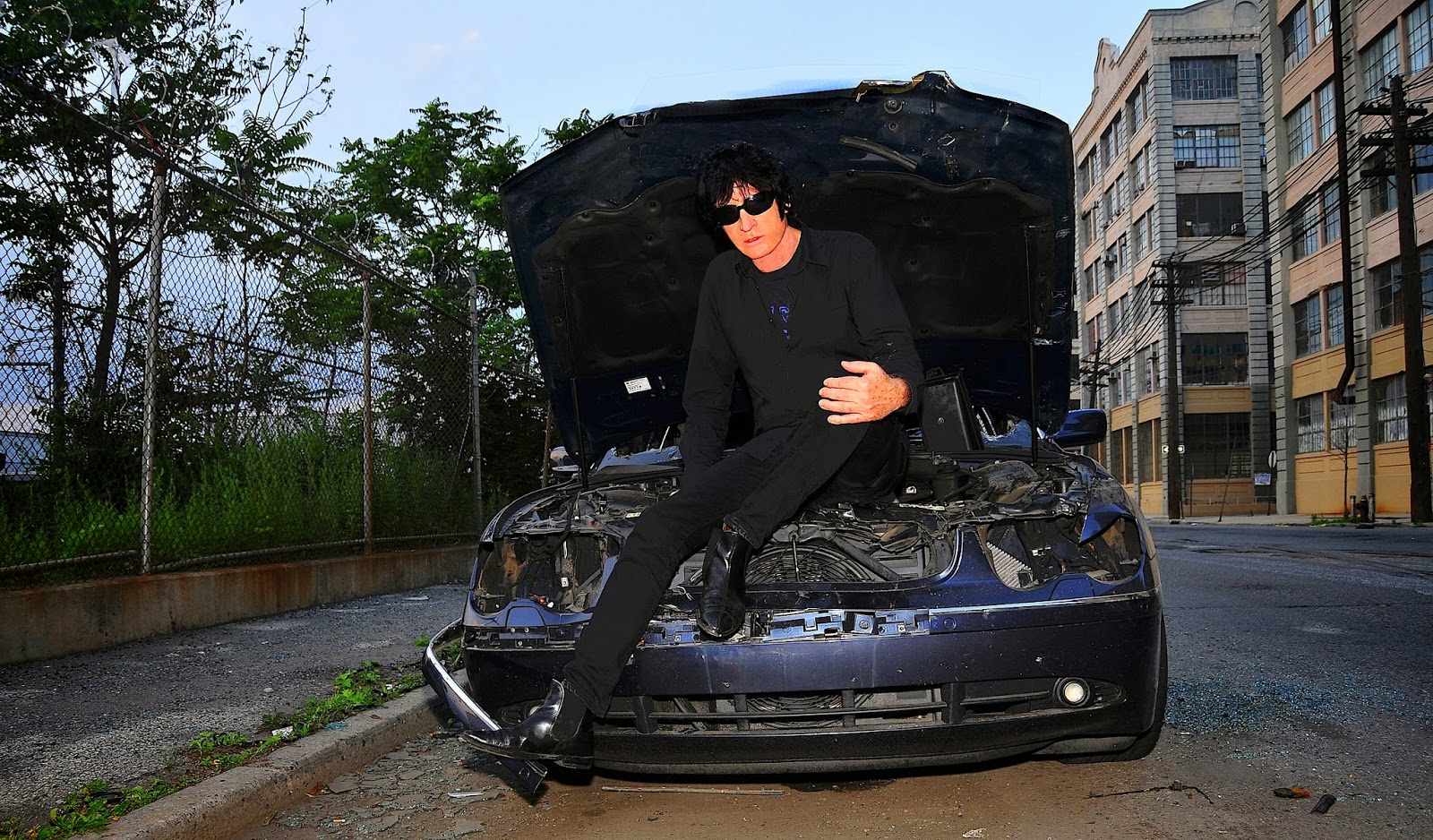 A limited edition European vinyl repress of Spiteful will be available next month from Still Unbeatable Records. Pre-order here. The US version (with a slightly altered track listing with a few alternate songs) is available here.