It all started at a birthday party.

When Anthrax guitarist Scott Ian turned 50 in 2013, his wife, Pearl Aday, held a series of parties to mark the momentous occasion. One event found Ian, Aday, Armored Saint/Fates Warning bassist Joey Vera and former White Zombie/current Cult drummer John Tempesta joining their good friend Jim Wilson in playing a special set in front of an intimate audience at Ian's home. The dozen songs performed were originally written and recorded by Wilson's previous outfit (and one of Ian's favorite bands), the Los Angeles-based Mother Superior. Now, the vibe felt on that special night has been captured on Ride, the debut studio album recorded by the quintet under the name Motor Sister.

Released last month on Metal Blade Records, Ride features the same 12 Mother Superior songs performed at Ian's birthday party. For longtime fans of Mother Superior, Ride serves as a greatest hits compilation performed by an all-star cast that obviously cherishes every note they play and sing. For those who are unfamiliar with Mother Superior, the record is a gateway to one of the best Classic Rock-fueled trios to ever grace a stage. For a brief taste of what you get with Ride, check out the featurette below:

The release of Ride (and the long-overdue focus on Mother Superior that it has generated) is the latest chapter in Wilson's vast and varied career, a journey that has seen the singer/guitarist/bassist work with the likes of Sparks, Daniel Lanois, Alice Cooper and Emmylou Harris (among many others) in addition to a 2013 solo album and his lengthy (but sadly concluded) run with Mother Superior. (A separate feature detailing a few of Wilson's many musical adventurous can be found here.) Of course, he is also known as the guitarist for the Rollins Band from 1998 to 2003, part of a lineup that also included then-Mother Superior drummer Jason Mackenroth and bassist Marcus Blake backing legendary frontman Henry Rollins. Nearly eight years after Mother Superior played its (as of this writing) final show, Wilson is amazed to see the band's music have such an exciting new life via Motor Sister.

“It's been a great little surprise for me,” he says. “A year ago, I had no idea [Motor Sister] would be my main project, but I have to say the response has been overwhelmingly positive. It's really affected all of us in the band; we just all want to play together as much as we can because it's nothing more than the five of us getting on stage together. There's nothing phony about it; what's captured on the record is what we sound like.” 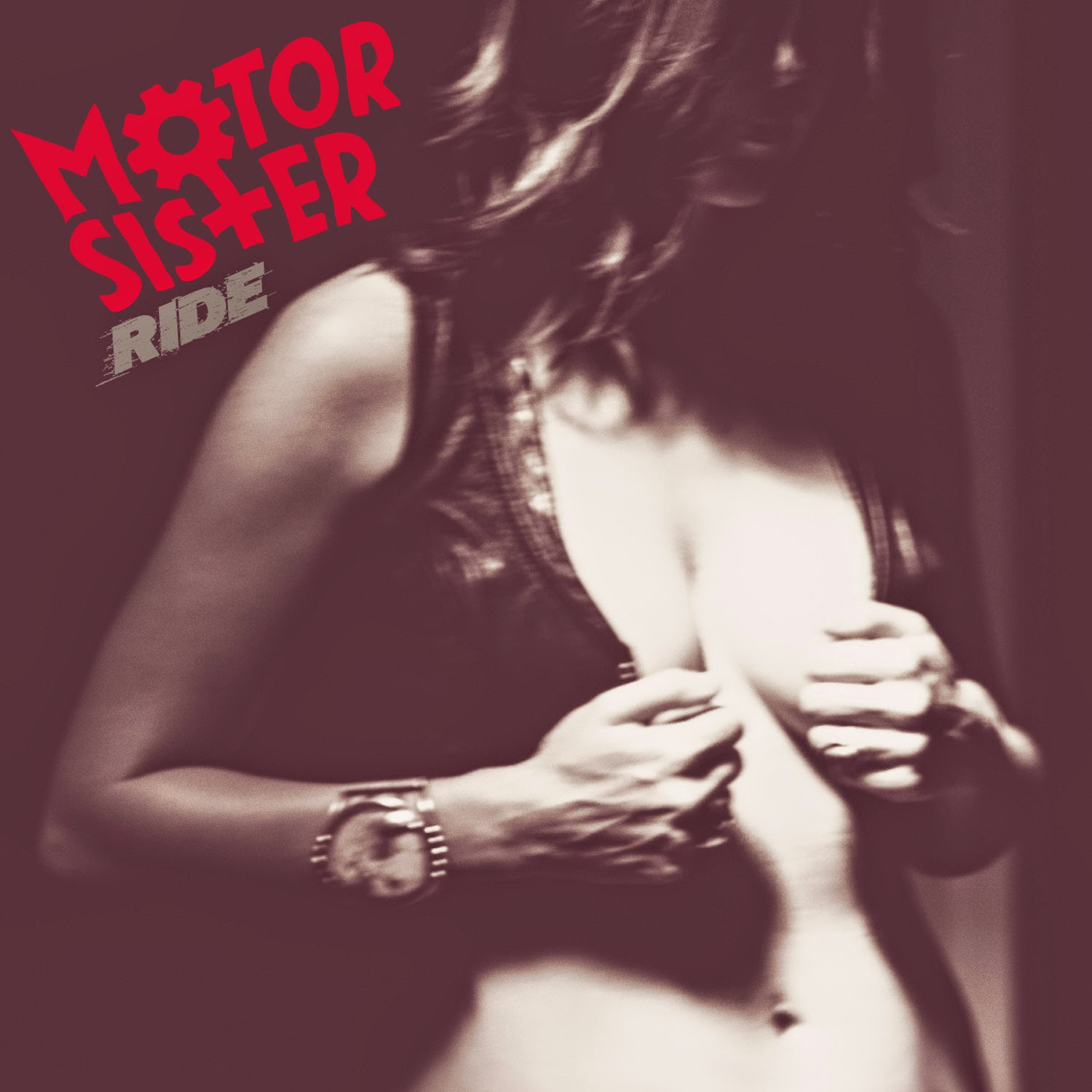 While the world at large certainly views Motor Sister as a major supergroup, the band is really just the result of good friends playing songs they enjoy. Although Ian was a regular attendee of Mother Superior performances, Wilson didn't formally meet him until Anthrax shared the stage with the Rollins Band at a KNAC Birthday Show at the Hollywood Palladium in 1999. The two became friends, while Wilson later wrote and performed music in Aday's solo band. (Aday's father, music legend Meat Loaf, even covered the Mother Superior song “Whore” in 2006.) Joey Vera was also a major Mother Superior fan, going as far as mixing some of the songs on (and subsequently mastering) Mother Superior's 2004 Moanin' album and mastered its two followups, Three Headed Dog (2007) and Grande (2008). Considering the relaxed, comfortable nature of the Ride project, it is hardly a surprise that the album showcases some of the finest performances all five of these musicians have ever committed to disc.

“Not only do we all agree that we love bands like Humble Pie, Van Halen, AC/DC and Thin Lizzy, but our musical tastes are broad, too,” Wilson says. “Joey is a Jazz fanatic, and Pearl loves all kinds of music. Pearl and I write songs together that are more kind of Eagles-like or [like] Gram Parsons – a little more Country. We listen to everything, but we all kind of grew up just loving those bands that made us want to pick up our guitars and learn how to play to begin with.”

Best of all, Ride offers listeners a fresh opportunity to experience the great Mother Superior, easily one of the finest Rock outfits of the last 25 years. While some artists drowned themselves in the trends of the day, the trio built an extensive body of work by following their own path.

“I was always a big fan of people like Todd Rundgren who were very smart and artistic-driven, but at the same time, I think that kept Todd Rundgren away from being a household name,” Wilson says. “It's a strange in-between [thing]. Never would Mother Superior have ever thought about putting on Warrant clothes or looking like Ratt or going that far to try to get some attention. I think [our reputation] was a lot by word of mouth, and the people who understood and listened to good music knew where we were coming from.”

Circa 2000 when this writer first started covering the music scene, it was very common to hear the words “Mother Superior” spoken when conversations with my fellow scribes drifted to the subject of real Rock. The band was regular to-go music for people who wanted the legit thing, but it seemed frustratingly clear with each passing year that they weren't going to move beyond their place as a revered cult band. Despite attracting fans from the highest echelons of the music industry, Mother Superior struggled to expand beyond being a club act and hasn't performed live since 2008. Mother Superior's inability to cross into the mainstream remains one of music history's most perplexing realities.

“I definitely knew there were people who were paying attention to what we were doing and were listening, even if it wasn't on a larger level,” Wilson reflects. “We had some good opportunities, and then sometimes it just seemed like it was dead-end street...I have nothing but love and respect for what we did in Mother Superior; it was just that after 10 years of playing with the same guys, it was frustrating. Everybody wanted to do different things, and everybody had families and everybody else had kids. They started thinking, 'How am I going to pay my rent if we're going to play [the LA club] Spaceland again on Saturday night for $70?' It was kind of hard to keep a group of people together when we were kind of living out of each other's pockets. As the leader of the band and the main songwriter, I always felt a little bit responsible for that. It was kind of heartbreaking when one of the drummers would come to me and say, 'I don't know how much longer I can do this because I have a wife and kids' and that kind of thing. You start to almost feel like a dad or something, like, 'Well, I'll give you more allowance next week.' Then I found myself working with Daniel Lanois and his band, and it enabled me to kind of step back a little bit and look at the situation..It had run its course at that point.

“I feel like maybe the time away [from having the band] has made people miss good Rock 'n' Roll, where at the time it was very frustrating to have to go to faraway places just to find people who were into what you were doing,” he adds. “There was a magazine in Spain that wrote about Mother Superior and really took our music seriously. We had an audience in Spain, of all places. Even though I'm very grateful for that and those experiences, it's nice to know that it's kind of getting around to other people and places [now].”

After making an impressive live debut in February at Saint Vitus in Brooklyn (an event followed in March by a west coast one-two punch at the Whisky A Go Go in LA and the DNA Lounge in San Francisco), the band is slowly and surely lining up live dates for the coming year including an appearance on Motorhead's Motorboat cruise later this fall.

As Wilson says, “Everybody wants to do as much as we can. Everybody has crazy schedules, but we're always home at the same time at times...The booking agent has all of our [available] times, so they're trying to put together major US cities through the summer, plus whatever festivals come around.”

No matter where the Ride experience ultimately takes Motor Sister (there's even talk of doing some original music down the line), Wilson is excited to see his music with Mother Superior thrive in the here and now.

“When Mother Superior started, we were three guys as friends trying to make something happen,” he says. “The reason why we pushed it is because we knew we had a sound together. Motor Sister has been a great reminder to me that there's nothing better than being in a band with your friends.”