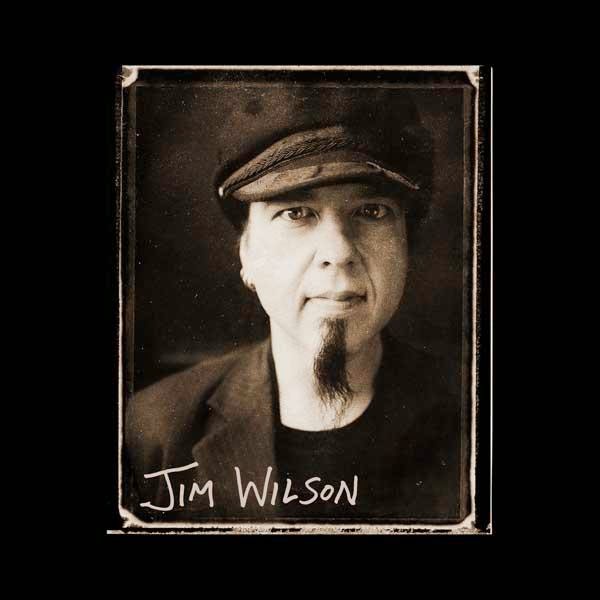 As mentioned in my feature on his current band, Motor Sister, guitarist Jim Wilson has enjoyed one of the music industry's most esoteric careers. From touring the world playing bass for Emmylou Harris to writing tunes with the great Alice Cooper, this exceptional – and refreshingly humble – player has seen more of the industry than most of us can ever begin to comprehend.

“I've been just trying to follow each road as it comes and be truthful,” he says. “I try to not do anything that I'm not really into. Say Katy Perry's management calls and says, 'We need a guitar player.' Even though the paycheck might be nice, I don't know if I would do it. I don't know if I could go on stage every night and do those kinds of things. I've been lucky enough to know people like Scott [Ian] and Daniel Lanois and Henry Rollins who have kept me on a nice path of playing respectful music that I not only sometimes write, but music that I actually respect as a fan as well.”

Although he was already making waves in the Los Angeles club scene by 1998 with Mother Superior, Wilson's life took a dramatic leap forward that year when Henry Rollins (who served as producer for the band's 1998 album, Deep) enlisted him and the rest of Mother Superior to be the new incarnation of the Rollins Band.

“I was working at a record store until I met Henry,” Wilson recalls. “He was the first person who put our music out in front, like, 'How come nobody's listening to this?' Henry saved us...He made music my full-time job. He's been nothing but supportive of everything I've ever done.”

After hitting it off during the Deep sessions, Rollins initially approached Wilson, bassist Marcus Blake and drummer Jason Mackenroth about working on songs with him for a solo album. The guitarist says that this initial plan changed pretty quickly once the project got rolling.

“We ended up writing so many songs together that Henry's management said, 'If you guys want to go on the road, you can go right now if you call it 'Rollins Band.' We can book a tour right now,'” he remembers. “So that's kind of what happened.” 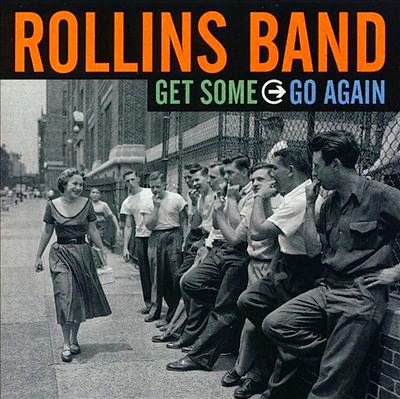 While recording the Rollins Band's 2000 album Get Some Go Again, Wilson made the acquaintance of producer extraordinaire Bob Ezrin, who was friendly with Rollins and would often visit the studio. Impressed with Wilson's playing, Ezrin asked him if he'd be interested in writing some material with Alice Cooper for his next album. It also turned out that Cooper's wife, Sheryl, was a big Mother Superior fan. Unsurprisingly, Wilson jumped at the offer, spending two days in the studio with Cooper and producer Bob Marlette and writing a handful of songs.

“I was brought in to come up with some riffs that would be like classic Alice,” he remembers. “It was super exciting, but the record company decided to go with a 'Limp Bizkit' approach or whatever was happening at the time.”

(To date, only one Wilson co-written song, the Kinks-y “Can't Sleep, Clowns Will Eat Me,” has made it to the album phase. The track was released on the European edition of 2000's Brutal Planet and later on the special edition of 2001's Dragontown. Guitar on the recording is handled by longtime Cooper cohort Ryan Roxie.)

Recently, Wilson reconnected with Cooper when Motor Sister appeared as special guest on his radio show, Nights with Alice Cooper.

“Now that I'm back in touch with Alice, I hope we get to do more stuff down the line,” he says. “We came up with some really cool songs at that time.” 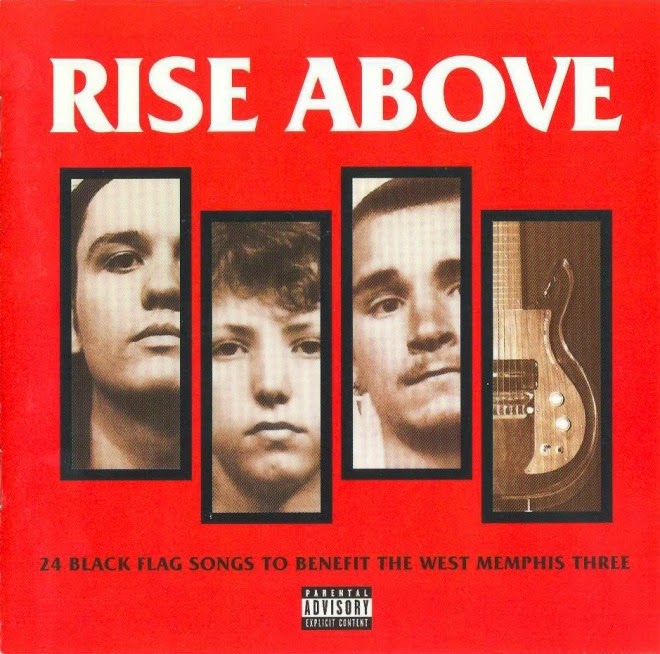 One undeniable highlight of Wilson's time in the Rollins Band was his participation in the 2002 Rise Above: 24 Black Flag Songs to Benefit the West Memphis Three  CD and tour. The project saw the guitarist record with the likes of Iggy Pop, Slayer's Tom Araya and Lemmy.

“Just the fact that I got to do it is mind-blowing enough,” he says. “I had a buddy in high school who was completely into Black Flag, Henry Rollins, [artist] Raymond Pettibon and Greg Ginn. It was one of those music listening buddies that you get together with, and you had the new Def Leppard and your other friend the new whatever, but the one guy was the Black Flag pusher. Because of him, I knew all those songs and all those albums. That's why it was such a trip to not only get to work with Henry even in the Rollins Band situation, but when Henry said, 'I want to do the West Memphis Three thing, and it's going to be Black Flag songs,' I thought, 'Wow! I'm going to get to play these songs!' I got to tour and not only play with Henry, but Keith Morris did the first half. We got to play with the original [Black Flag] singer.”

Wilson later had an opportunity to cross paths with Ginn when one of the Blag Flag founder's many projects, Ten East, opened for Mother Superior at a show in Germany. Unfortunately, the pairing didn't go particularly well at first.

As he recalls, “At first, I thought, 'Ah, I'm going to meet Greg Ginn! [Original Rollins Band guitarist] Chris Haskett was cool [when I met him]; I hope Greg Ginn's cool.' He wasn't very cool. We were taking our gear out of the tour van, and Greg walks up to me and says, 'Hey, uh, are you the guitar player in Black Flag? I love Black Flag. I've loved you forever. I can't believe I'm meeting you.' He was totally being a dick to me; he was totally saying how dare I think I was the guitar player for Black Flag. At the end of the night, after we played the gig, he was actually pretty cool. We got to talk and I got to say, 'I was offered a gig from Henry Rollins saying, 'Do you want to go around the world and play these songs?' The one thing I will say about it is that Henry paid Greg Ginn a nice publishing royalty check for the Rise Above record, so he has no real reason to complain about it at all. He got paid and he wasn't misrepresented. Anybody who buys that album knows it's not Black Flag; they know it's Rollins Band playing Black Flag songs.”

Personality quirks aside, one thing is abundantly clear to Wilson and anyone else who's put on a record featuring Greg Ginn: The guy created music from another planet.

“I have nothing but the biggest respect for Greg Ginn,” he says. “Those guitar riffs are just as brutal and crazy as Sabbath...I would have such an easier time playing Iron Maiden than playing the Black Flag stuff. With the time changes...It's just so not conventional guitar playing. [Ginn] invented his own style, you know? I'm not trying to take away anything from Iron Maiden; I'm just trying to say I understand where Iron Maiden is coming from as Hard Rock/ Blues guitar players, but sometimes I have no idea where Greg Ginn is coming from.”

Although Rise Above was a rewarding experience for all involved, it also marked the end of the Mother Superior-infused incarnation of the Rollins Band.

“Unfortunately, at the end of the tour at the very last show we played in Japan, Henry had started to feel like he had done all that he could in music,” Wilson says. “The last show with the [original] Rollins Band was in Japan before that. Henry just said [to us], 'I want to take a break because I don't know if I want to keep screaming for the next three years.'”

More than a decade after calling it a day with this lineup, Rollins maintains a great respect for the members of Mother Superior, as evident in an interview he gave this writer last year.

“It was great working with people who were into it, ready to go, were happy to travel, didn’t whine and didn’t talk about money all the time,” he said. “Playing with the Mother Superior guys is probably the only time I was in a positive environment making music. It was great to be in a band without drama or cliche adult rockstar problems and just play really hard every night.”

With Motor Sister already proving to be another successful chapter in Wilson's life, he is quick to express his appreciation to Rollins for kickstarting things in the first place all those years ago.

“Like six months ago in an email, I told [Henry], 'I can't say 'thank you' to you enough because you're the one who got me out of my day job,'” he shares. “He wrote back and said, 'Oh man, you were ready. I just kicked the door open a little' - something super cool, you know what I mean? He's the best.”