INTERVIEW - From Strangers to Stars: The Continuing Saga of UFO


There are very few guarantees in life, but you can always count on UFO to deliver the real thing.


For nearly 50 years, UFO have consistently earned an international cult following by being one of the world's most durable and dependably strong Hard Rock acts. Fueled by original members Phil Mogg (vocals) and Andy Parker (drums), the current version of UFO (which also features former Spread Eagle bassist Rob De Luca taking the place of ailing original member Pete Way, guitar hero Vinnie Moore and longtime keyboardist/guitarist Paul Raymond) recently released the excellent A Conspiracy Of Stars, an album that easily lives up to the band's reputation. Perhaps best known for their legendary (and utterly bulletproof) 1979 live album Strangers in the Night, UFO is currently on the road in support of the new album (see dates below). Earlier this week, Vinnie Moore took a break from his touring activities for this quick, fun interview.


You wrote the majority of the material on the new album. As a key songwriter for the band, what, in your opinion, makes a great UFO song? How would you describe the definitive UFO sound?

I think a big part of it is Phil’s voice. Once he sings over the music, it’s like the final stamp of authenticity. Musically, it just has to rock. The band has touched on different musical influences over the years - such as Blues, Melodic Rock and Metal - so there is no one formula for a song. It can be many different things.

What was [producer] Chris Tsangarides' greatest influence on A Conspiracy Of Stars? How did he most help the band accomplish what it set out to do this time around?

He stayed out of the way and just recorded us. That was probably the best thing that could have happened. He sat back and let the band be who we are without trying to influence the process or direction.

This is Rob De Luca's first appearance on a UFO album. What makes him the best choice to carry on the bass position in the band?

Rob has played with us live for many years now. He just seems to fit in stylistically and personally.

What is the current status of Pete's health?

Actually, I don’t know. I haven’t heard anything recently but hope to run into him on the upcoming UK tour.

Despite some breaks along the way, the core trio of Phil, Paul and Andy has stayed together for decades now. As someone who works so closely with them, what would say is the magic formula that makes the three of them work so well together?

The amount of alcohol that they consume collectively binds them together (laughs). They get along on a personal level and have been together for so many years that I think it just feels right for them. 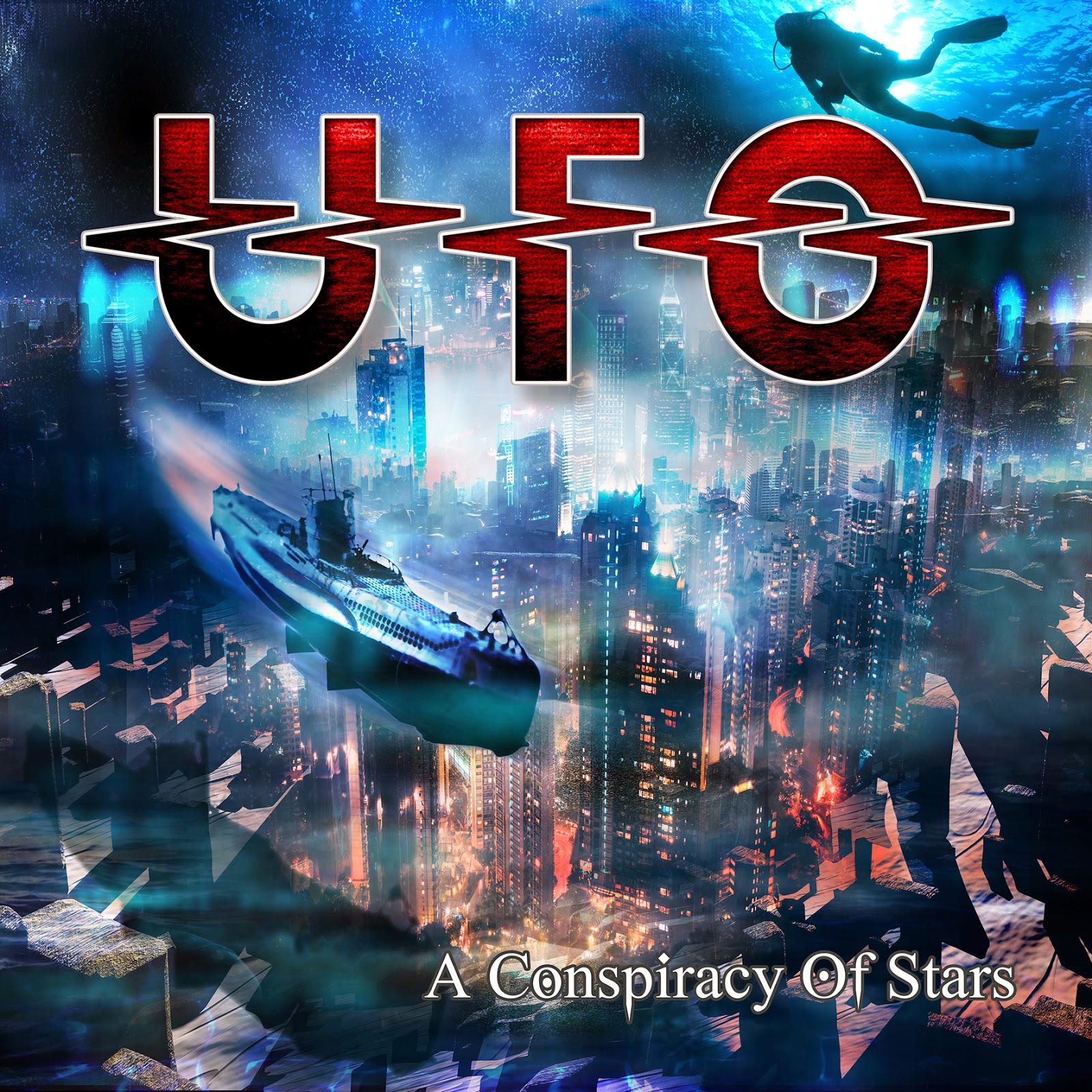 The guitar position in this band was a rocky spot for many years, but you're 12 years into it at this point. For you, what has been the key to longevity in UFO?

We all like what we are doing and have worked hard to keep things moving consistently over the years. We have never really taken too much of a break. We are having a lot of fun and the formula has been simple: new record...tour...new record...tour.

What is status of your solo work at this point in time? What can fans of your personal discography expect from you down the road?

I have a new solo instrumental album that is finished and will be coming out in the next few months.

What are the greatest challenges of being a Classic Rock act touring and recording in their 46th year?

Making sure no one dies onstage or chokes on their own - or anyone else’s - vomit.

Why do you feel UFO hasn't achieved more success in the US despite producing such consistently strong material?

I really don’t know. I certainly knew who they were and was a fan as a kid. Maybe they didn’t get the promotion and push that they should have gotten. One example...I think they missed the whole early MTV video era that could have taken them to a higher level.

Eddie Trunk is definitely someone who has done a lot to promote UFO here in America. What impact has his support had on the band?

It is hard to measure and quantify these type of things, but it definitely hasn’t hurt.

Strangers in the Night is considered by many – this writer included – to be one of the greatest live albums of all time. Why do you feel this particular release still holds up so well after all these years?

It’s an exciting record, and so it has stood the test of time. Just like many records of that time period, it takes you back to wherever you were in your life at that point. People love to be brought back to their past - the good ol' days.


What does the future hold for UFO?


We just want to keep things going for as long as we are enjoying it.