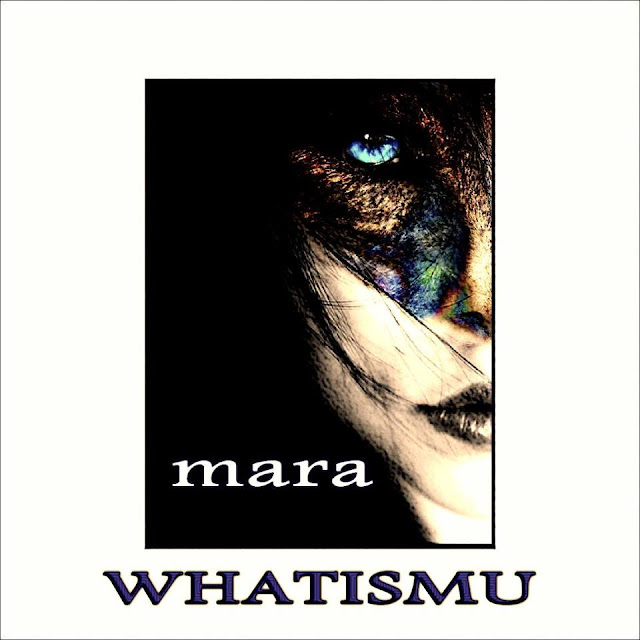 It's always exciting to hear someone still exploring and reinventing their craft more than three decades into their career.

A working musician since the '80s, guitarist/pianist Lorrie Kountz has built an impressive history in the Chicago underground scene with a variety of acts including Bitch, Tough Love, The Girls, Surrendur Dorothi and Rash. Last year, she served in former Ministry bassist Paul Barker's Lead into Gold when that project made its long-awaited live debut at the annual Cold Waves music festival. The past handful of years have seen Kountz create exhilarating sounds alongside her wife, guitarist/multimedia artist Laura Jansons, under the Buddhism-inspired moniker Whatismu.

In 2014, Whatismu released an eponymous debut album produced by the husband-and-wife team of Lee and Jolee Popa, whose individual and/or joint credits include Ministry, KMFDM, Macy Gray, Pigface, pinksideofthemoon and The Dark Sinatras. Earlier this month, Whatismu released a five-song EP called Mara, and it's an absolute stunner.

Produced by Whatismu with John Esposito, the all-instrumental Mara offers sounds that get more fascinating as each song unfolds. The engrossing title track combines guitars, pianos, white noise and other aural weaponry to produce some of the most jarring things you’ll hear this year. “Greed” sounds like an artifact from a beautiful imaginary word where Brian May jams with the Barker/Rieflin incarnation of RevCo, while the bulletproof “Hatred” recalls the guitar-driven days of late '80s/early '90s-era KMFDM. Echoes of Coil can be felt on “Delusion 2.0,” while the drum- and string-heavy charge of “Self” brings the whole affair to a stirring conclusion. Not surprisingly, the guitars are the true stars of Mara, with Kountz and Jansons displaying a level of virtuosity that can only come from people who are willing and able to put their souls on a recording.

Primal, dark and bursting with ideas, Mara succeeds in being experimental without being unlistenable. While music fans continue to wait for some of the more famous Chicago area-spawned acts to return to their past glories, Whatismu fill the gap while steering listeners towards an intriguing sonic future.