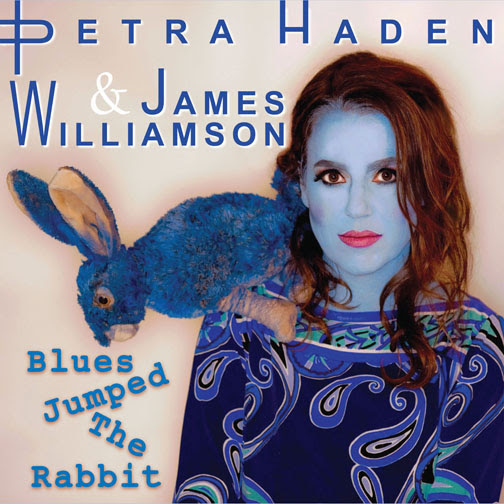 There’s a reason why former Stooges guitarist James Williamson is the most-covered artist on this website.

In 2009, Williamson made one of the most surprising comebacks in Rock history when he rejoined Iggy and Co. after nearly 30 years away from the music business. With The Stooges on hiatus in 2014, he assembled an all-star team of performers for Re-Licked, a collection of reimagined tunes originally written with Iggy Pop circa '73-'74. The album served to reiterate what Williamson’s fans (myself proudly included) have known for decades: The man never fails to deliver the real thing each and every time he picks up a guitar.

With The Stooges now a memory, Williamson has continued his solo work by launching a series of charity singles with guest singers. As discussed last June on this site, Williamson’s previous digital single, "I Love My Tutu" / "Never Far From Where The Wild Things Are," paired him with Re-Licked contributor Lisa Kekaula (The BellRays) for a single to benefit Project Hawai'i, an operation that assists homeless children in the state. Now, Williamson has collaborated with singer, violinist and composer Petra Haden for a new benefit release, "Blues Jumped The Rabbit" / "Last Kind Words.” Available digitally and on vinyl, the single is being sold to benefit Tazzy Animal Rescue Fund, an animal rescue that focuses on senior and medically challenged pets. The lyrics for the A-side can be traced back to Blind Lemon Jefferson's 1926 recording "Rabbit Foot Blues" for Paramount Records (with the song later covered as "Blues Jumped The Rabbit" by the too-often-overlooked Karen Dalton in 1962 and featured on her posthumous Cotton Eyed Joe album in 2007), while the B-side was first recorded by Geeshie Wiley back in 1930 (also for Paramount).


Williamson’s interest in exploring the old Blues tunes is not surprising when considering what he once told me about his musical upbringing: “We would hear the English guys come over and play the Blues, like Cream and Jeff Beck and all that stuff. We thought, ‘Man, these guys are fantastic’ until we figured out, ‘Hey, those aren’t the real guys. These are the real guys,’ and then we’d go seek them out and listen to them.”

Petra Haden first earned acclaim more than two decades ago as a member of that dog., a quirky Los Angeles-based Alternapop band that fizzled out well before their time shortly after the release of 1997’s underrated Retreat From The Sun. Since the band’s dissolution, she has guested on recordings by a stunning array of artists including Foo Fighters, Beck, Mike Watt, Twilight Singers, Green Day, Luscious Jackson, Better Midler and many others. Additionally, she has built an ever-fascinating solo discography highlighted by her remarkable a cappella albums Petra Haden Sings: The Who Sell Out and Petra Goes To The Movies. She first entered the Stooges sphere in 2013, when Williamson brought her in to add backing vocals and violin to the band’s final studio album, Ready To Die. The following year, she contributed her talents to Re-Licked.

Williamson expressed his intentions to work further with Haden in a late 2014 interview on this website:

“I've got a couple of little projects I've put on the back burner that I think I'll start on. I've always wanted to record Petra Haden on lead vocals instead of backing vocals, so I may do some of that. I don't know what I'll do with that kind of stuff; maybe I'll just give it to people just because she's such a great singer and I'd like to have people hear her. She's amazing; she is incredible.”

Showcasing the same vibrant skills she brings to her solo recordings, Haden simply shines on "Blues Jumped The Rabbit," offering soothing vocals not unlike Norah Jones. (For something similar from Haden, check out her take on Stephen Bishop’s "It Might Be You" on Petra Goes To The Movies. She turns the Adult Contemporary fluff of the original into a sweet, understated work of beauty.) The elegance of "Blues Jumped The Rabbit" is helped along by pianist Gregg Foreman and slide guitarist Don Rooke. Haden’s singing is considerably more rocking on "Last Kind Words," a track bolstered by the solid pounding of drummer Michael Urbano (Smash Mouth) and incendiary soloing by Williamson.

At the time of this writing, Williamson was gearing up to release a third single with a singer he describes as “someone entirely new that you have never heard from before – a fresh, young talent.” Considering the music he’s already given us, there’s no way this upcoming release won’t be fantastic. Until then, check out his most recent two singles and support two great causes at the same time.