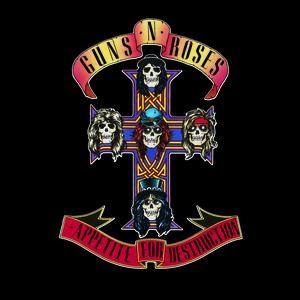 Guns N’ Roses are having one hell of a year.

When original members Axl Rose, Slash and Duff McKagan officially reconvened for a long-rumored reunion tour, there wasn’t a soul alive who didn’t think the jaunt would be a huge success. Although the “Not in this Lifetime” tour hit the road without classic members Steven Adler (drums) or Izzy Stradlin (drums) in tow, it far exceeded industry expectations. According to Live Nation, the tour had already grossed more than $100 million in ticket sales by July 2016 – and that was for the first six shows alone. This success has undoubtedly been made stronger by two high-profile guest appearances by Adler, who joined the band onstage at their Cincinnati and Nashville shows in July. The following month, he hit the stage with Guns N’ Roses again during the second of two shows at Dodger Stadium in Los Angeles. These three appearances marked the first time Adler played on stage with Guns N’ Roses in 26 years.

Although Adler only played “Out Ta Get Me” and “My Michelle” at each of these shows, his return to the GNR drum throne was a triumphant victory for a man who had finally overcome decades of addiction. Adler’s old friend and former roommate, Chip Z’Nuff, could not have been happier to see four of the original five members play music again.

“We used to sit in [Steven’s] house in Studio City and pray that one day Guns N’ Roses would call him back,” he says.

While this was Adler’s first time performing under the GNR banner in more than two decades, it wasn’t the first time he shared the stage with some of his former bandmates. In 2007, he played alongside McKagan and Stradlin during a show at the Key Club in LA in celebration of the 20th anniversary of Appetite For Destruction.

“Duff and Izzy came down, and we all played together at the rehearsal,” Z’Nuff recalls. “Because it was such a good rehearsal, they said, ‘Keep the bass amp up there. Chip’s gonna sit in with us, too.’ I played bass all night with those guys. Duff and Izzy came up, and Duff played a couple songs on bass with me, but for the most part, it was me playing with the Guns N’ Roses guys – Steven, Izzy, Duff, myself and the singer from Hollywood Roses [Colby Veil]. Slash was on the side of the stage with [former guitarist] Gilby [Clarke]; they didn’t come up because they thought that maybe if there was ever a reunion, they didn’t want to muck it up with a show like that. They wanted to do it the right way, with Axl there.”

Five years later, Adler joined McKagan, Slash, Clarke and later drummer Matt Sorum for a live performance during the band's induction into the Rock And Roll Hall of Fame. (Neither Rose nor Stradlin turned up at the festivities.) According to Z’Nuff, Adler was ready to participate in the “Not in this Lifetime” tour, but fate had other plans.

“He was going to be on the beginning of the tour, and the lawyers all fucked it up; they just couldn’t get it together,” he shares. “They were trying to lowball him; they weren’t treating him with love. But Steven is such a loving, kind man; he just wanted the opportunity to get back out there. Guns N’ Roses owe it to the fans more than anything to do this; the fans provided Guns N’ Roses with a wonderful living, and that’s all they want - the original band.

“When they first started playing, Steven went down to rehearsals; he was going to be a part of it. The first rehearsal went great; they were all happy,” Z’Nuff adds. “The second rehearsal, he came down and couldn’t even fucking stand up. He pulled a disc in his back. He had three epidurals trying to fix his back. That’s a lot. He couldn’t do it; he wasn’t sure if he’d ever be able to do it with Guns N’ Roses. But with time and a lot of prayers being answered, he was able to get back on the horse again.”

Z’Nuff was one of the first people to hear from Adler after he made his long-awaited return to the Guns N’ Roses stage.

“Steven called me that night after the first show; he was so happy. I go, ‘Where are you, bro?’ He says, ‘I’m in Cincinnati right now. I’m on the tour bus.’ I go, ‘What tour bus?” He goes, ‘I’m with Slash!’ I go, ‘You’re kidding me! You’re hanging out with Slash?’ He says, ‘Yeah, I’m traveling with Slash.’ It was Slash, his girlfriend and the security guard; that was it. I go, “Bro, just be careful. Be safe on the tour, and congratulations! I’m so fucking happy and proud of you that you got this opportunity.’ He goes, ‘I’m going to Nashville!” So he played the next night in Nashville, too.”

So what’s next for Guns N’ Roses? Naturally, Adler’s appearances led to the usual speculation of a full reunion of the Appetite For Destruction lineup. According to Z’Nuff, the chances of this actually happening might be stronger than ever.

“The rumor mill’s been going crazy,” he says. “I text [Steven], and he texts me and tells me how much he loves me, which is fine, but he really didn't tell me much of what’s going on except that in 2017, they’re planning on doing another big, long tour and they’re trying to get Izzy involved as well.”

In an interview with me last year, Adler discusses some of the reasons why he believed the original lineup worked so well together:

Nothing was going to stop us. We were going to do it this way or no way. I think what made it happen and be so magical is there's five individuals with five different styles. I liked the Queen and the Pop music and the Kiss. Axl liked Elton John and ELP, and then we got Izzy with The Rolling Stones and Slash with the Aerosmith and Zeppelin and Duff with The Stooges and The Fartz and things like that. All together, it worked really well. That, and me and Duff really worked together so well because he's originally a guitar player. He doesn't play bass like a bass player; he plays bass like a guitar player. That's how I learned how to play drums – with a guitar player, which was Slash. He fit right in perfectly. It was magic; we could do no wrong. Even if we went out of our way to do wrong, God would stop it and make it right. It was just such a wonderful time. Even our worst shows were great.

As long as there’s a band called Guns N’ Roses on the road, there will be a demand for the Appetite For Destruction lineup to take the stage.

“[It] would be nice if you had all five guys there,” Z’Nuff says. “The fucking band owes it to the fans and the people. I hope they do what’s right; that’s most important. It’s not always about the dough. If you’re a multimillionaire already, you’ve got to look at the big picture. There are a lot of people out there who helped put you in that position. Show some love.”