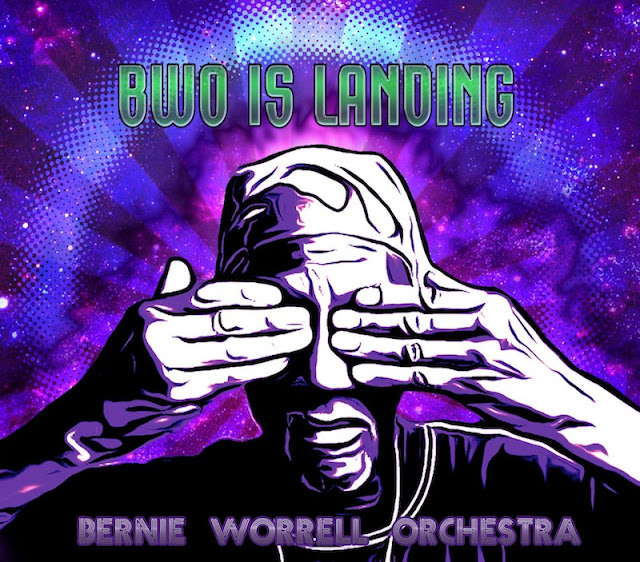 Although he is primarily known as the otherworldly keyboardist in the most revered incarnations of Parliament-Funkadelic, Worrell has made his presence known on dozens of recordings by the likes of Talking Heads, Public Image Limited, Golden Palominos, Keith Richards and many more. From the conventional (guitarist Steve Kimock) to the surreal (Bill Laswell’s off-the-wall Praxis project), Worrell effortlessly elevates each and every artist lucky enough to share a stage or session with him.

So what exactly makes Bernie Worrell’s playing so special? To be honest, I simply don’t have the vocabulary necessary to describe it. I write for a living, but I can’t come up with a definitive way to sum up this man’s many gifts. Frankly, I don’t think the English language has evolved to that point. Worrell’s work is something you feel, not analyze. But as a starting point, check out “Burning Down The House” off Talking Heads’ Stop Making Sense concert film and “Flash Light” off Parliament’s Funkentelechy Vs. The Placebo Syndrome album.

Now, pick yourself off the floor and read on.

On July 1, Worrell released his latest album, BWO Is Landing, with The Bernie Worrell Orchestra. Boasting eight tracks, BWO Is Landing demonstrates the skills of a man still surpassing musical heights that many of us will never reach. Just take a listen to “Piri Piri,” “Moneypenny,” “Double W” or the live track “Thug.”

Unsurprisingly, the Bernie Worrell Orchestra is comprised of topnotch players who provide a stellar vehicle for Worrell to demonstrate his incomparable craft. And like any great bandleader, Worrell allows the other members to shine in their own right, making BWO Is Landing a clear representation of a real band as opposed to a legend and his backing troupe.

As great as BWO Is Landing is, Bernie Worrell’s true wizardry must be experienced live to be fully appreciated. A Bernie Worrell show is a sonic roller coaster that literally takes you somewhere else as the maestro works his magic. As each song ends, audience members (at least those truly paying attention and feeling it) are delivered back to Earth, grateful to have been able to take the trip.

And this happens even at a small bar!

Like many true innovators, Worrell hasn’t enjoyed a particularly comfortable life. Although he has contributed to some of the richest music in history, fame and fortune haven’t come easy to the man – a fact made depressingly clear in the 2005 documentary film, Stranger: Bernie Worrell On Earth.

The last time I saw The Bernie Worrell Orchestra perform in Massachusetts, Worrell had to shoo away rowdy drunks bumping into his keyboard setup and rise above the hipsters who chose to talk through the show instead of being transported to that place that only he could send them. And not too long ago, he launched a (thankfully successful) Kickstarter campaign so that he – the modern equivalent to Mozart – could afford a tour van.

Our world rarely values its treasures until they’re gone. It’s time to rectify that problem when it comes to Mr. Worrell. As his former P-Funk bandmate Bootsy Collins says in Stranger, “If you’re not watching or listening, you’ll miss him.”

If you cherish music, don’t miss BWO Is Landing.

Go HERE to purchase a copy in CD or download form.