Back from Space: Nik Turner Lands in America 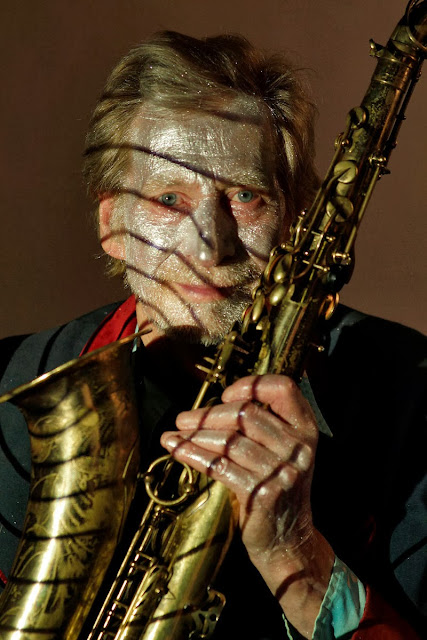 “We’re having a jam and it’s really lovely weather!” says the warm, friendly voice of Nik Turner over the phone from the UK. The “jam” that Turner is referring to this evening involves Terry Ollis, Mick Slattery and Thomas Crimble – all former members of legendary Space Rock pioneers Hawkwind, and all guys who’ve made music with Turner at one time or another for decades. Together, these gents make up part of Space Ritual, just one of Turner’s numerous groups and projects. In addition to Space Ritual, there’s Nik Turner’s Fantastic Allstars, Outriders of Apocalypse, Project 9 and probably a few others by the time this article goes online. There’s also a film biography on Turner in the works (set for a 2015 release), as well as appearances on the Fusion Syndicate album project (with former Yes members Billy Sherwood and Rick Wakeman, among others) and William Shatner’s latest release, Ponder The Mystery. Quite an impressive schedule for a 73-year-old man who put out his first album with Hawkwind in 1970.

With the October 9 launch of an extensive US solo tour, Turner will be bringing his new album Space Gypsy to stateside fans who have appreciated every twist and turn of his esoteric career.

“I find the American audiences very nice,” he says. “I like them; they’re very friendly, and I’m very friendly with them. They enjoy themselves and we have very good communication together.” 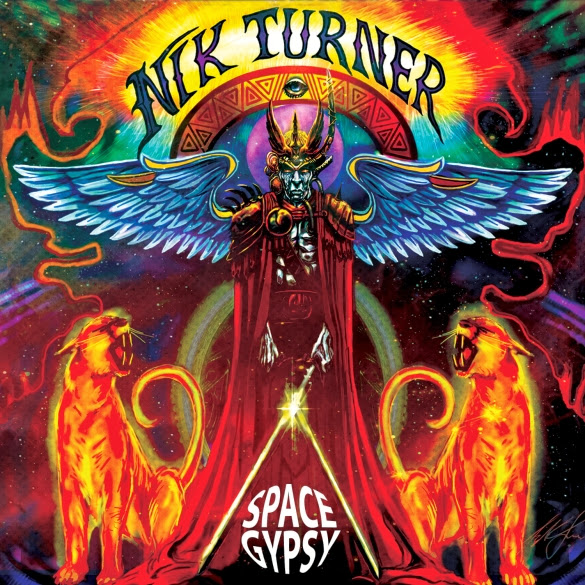 Easily one of the year’s most adventurous and exciting releases, Space Gypsy boasts guest appearances from former Hawkwind keyboardist Simon House, Gong guitarist Steve Hillage, The UK Subs’ Nicky Garratt, Jurgen Engler of Die Krupps and Jeff Piccinini of Chelsea. The album’s many highlights include “Fallen Angel STS-51-L” and “Time Crypt” (see videos below). Space Gypsy is another career milestone from someone who, oddly enough, never really cared that much about having a career in the first place.

“I never thought about it, really,” Turner admits. “I always thought, ‘Oh, I’m really happy to be in a band and that people like what I do.’ It really has been gratifying, and I have a great respect for the audience. I just try to learn about music all the time. I never had any aspirations towards being successful at all. When [Hawkwind’s 1972 hit] ‘Silver Machine’ was successful, I thought, ‘Wonderful!’ (laughs) It was nothing I anticipated; I just thought it was nice being in a band playing music.” 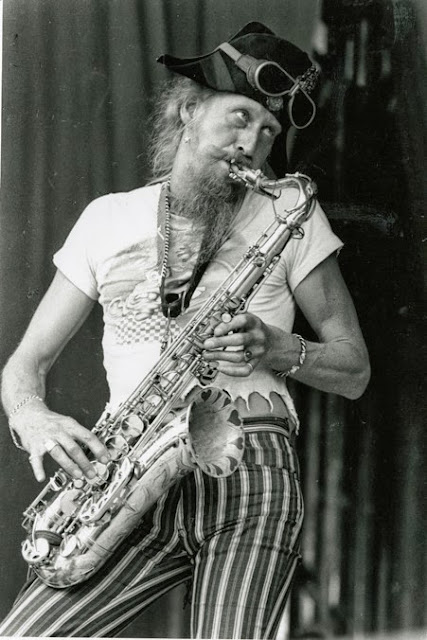 Unfortunately, playing music often means dealing with business. At the time of this writing, Turner was involved in a trademark dispute with Hawkwind founder Dave Brock over the rights to the band’s name in the US. According to an October 4 press release by the current Hawkwind, the band decided to put their own US tour on ice. The announcement included the following statement: “Dave was taken ill a couple of weeks ago. Doctors have confirmed that his condition is stress related, aggravated by the trademark dispute in the United States which could result in years of litigation.” (A feature on Brock and his version of Hawkwind was in the works for this website at the time of the tour cancellation, and has been postponed until Brock’s re-scheduled jaunt hits America early next year.) With Turner’s show still on the road, this impartial writer asked him to elaborate on his position in the feud.

Above all, Turner stresses his desire to see all parties get along and get on with what’s important – music.

“I don’t have any enmity towards them; I wish them great success,” he says. “I would like to play with them, if they would invite me to play with them or if Dave Brock would come down and play at my gig. It would be very good. I very much want to proffer the olive branch of peace.”

Despite the headaches of working in the music industry, Turner still approaches his creative endeavors with enthusiasm and the desire to provide something truly special to listeners and audiences.

“Music is a very harmonizing thing,” he says. “I think it’s a gift to be able to play if people like it, and I’d like to share the gift. I like to try to make my music and my gigs healing experiences. Making people feel good and getting them dancing is a healing, cathartic thing, and I think that’s what motivates me.”

For tour dates and other information, please visit www.nikturner.com.