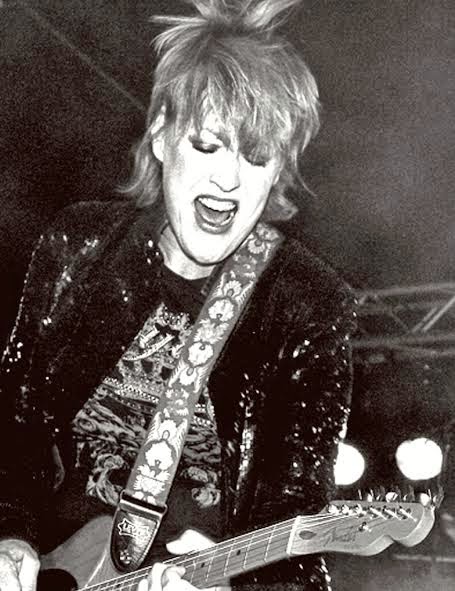 Former Katrina And The Waves frontwoman Katrina Leskanich is one of the most fortunate musicians in the world.

While millions of performers spend their lives struggling to break through to the masses, Leskanich was the voice behind a genuine Pop classic that will be appreciated 100 years from now. It was impossible to go anywhere in 1985 without hearing “Walking On Sunshine,” a brilliant summer anthem that remains as fresh today as it did decades ago. Now, Leskanich is back with the fantastic Blisland, her first new studio album in 10 years.

Leskanich's return to the studio was prompted by her involvement in last year's Retro Futura Tour, a jaunt that saw her hit the road with fellow '80s hitmakers Midge Ure, The Thompson Twins' Tom Bailey, Howard Jones and China Crisis. Encouraged by the positive response to the shows – and the fact that she was the only artist on the tour without a new product to support – she got to work on what became Blisland.

“It ended up being a transformational experience,” she says of creating new music. “It was really great because I didn't know what was going to happen, what the songs were going to be about and how I was going to do it. I just picked up the guitar and just wrote it.”

Bolstered by a stellar band including ace guitarist Darren Loveday, Blisland offers fans of Katrina And The Waves a modern take on Leskanich's trademark voice and sound, particularly on the instantly unforgettable “Dizzy.”

“That's my favorite track on the album,” she says. “It's sort of a sociological comment... I thought it would be kind of fun to have a chorus that asks, 'If this is what is expected of us in the modern world, and the world's constantly turning and it's supposed to be so fabulous, how come I'm not dizzy? If love is supposed to bring burning, how come my heart's not on fire? It's kind of like, 'Am I missing something here?' Obviously, I wanted to camouflage the deep meaning of it by putting it with a really lightweight, sort of whimsical tune.”

Elsewhere on the album, the tongue-in-cheek “Farmer's Song” offers the singer a chance to look back on a humorous experience she had with her folks.

“In the mid '80s, I went out to visit my parents,” she explains. “They bought this tiny, little ramshackle farm here in England. They decided – without any training whatsoever – that they were going to buy a whole bunch of animals. They had cows, chickens, sheep, pigs, geese, goats, seven dogs, 14 cats...I mean things just went completely crazy out there. I had just had some success with the first [major label] Katrina And The Waves album, and I had just seen Live Aid on TV in Boston. I went back to England to visit my parents and said [to them], 'What did you think of Live Aid? Did you get a chance to call up and donate any money?' And my parents pretty much said exactly what it says in the song, 'I'm part to blame for everything that goes wrong in this world, [but] Katrina, you go ahead and save the world because we've got hogs to feed, and we've got cows to milk'...When I was writing the album, I thought of that moment. My parents aren't alive anymore, and I just thought it would be kind of fun to do it like that. It's kind of like Acid-Country-Pop.”

Leskanich's history in England dates back to 1976, when the then-14-year-old's family (including five siblings) settled there due to her father's work in the Air Force. The move was especially welcomed by her mother, who was deeply fascinated by British culture.

“It was always her dream to go to England,” she offers. “We had Welsh Corgis growing up, and my mom was a little obsessed with the Royal Family.”

Naturally, the family’s ownership of these unique dogs (as well as mink cats) while living in Omaha, Nebraska at the time caused quite a bit of curiosity and concern from the locals.

As Leskanich says, “We had these animals with no tails. People used to drive past our house in Omaha, slam on their brakes, come to a screeching halt, roll down their windows and say, 'Y'all shouldn't have done that to them animals!' Every animal we had didn't have a tail, and it just looked like we cut their tails off or something!”

By 1978, she was performing in a cover band called Mama's Cookin' with bassist Vince de la Cruz. After cutting their teeth playing shows at military bases, the duo eventually hooked with drummer Alex Cooper and former Soft Boys guitarist Kimberley Rew to form a new version of The Waves [a band featuring Cooper and Rew that originally existed in the mid '70s] in 1981. The following year, The Waves debuted with the hard-edged Shock Horror EP shortly before adding “Katrina And” to their moniker. The band worked together for nearly two decades before breaking up in 1999.

Currently based in London, Leskanich honored her adopted home in 2013 with Peggy Lee Loves London, a fun photo book of some of the city's cooler places (pubs, clubs, coffee shops, bars, parks, bakeries, etc.) with her toy poodle Peggy Lee serving as the tour guide.

“I always feel that I'm constantly in transition,” she says of her history across the pond. “I still feel 100-percent American, [but] as it happens, most of my work is over here – Scandinavia, Europe, England. We won the Eurovision Song Contest [in 1997 for the Katrina And The Waves track “Love Shine A Light”], and that gave us quite a big hit over here that didn't translate to America. I've had a bit more success in this country, and it led me to sort of believe there wasn't a place for me in America anymore. But that all changed last year when I was out doing the Retro Futura Tour.”

“We're going to keep it really simple,” she says, “No horns – not even an organ. It's just going to be pretty raw.”

As Blisland easily proves, Leskanic is just as captivating on her own as she was with The Waves. Her solo career is highlighted by her sedate 2006 cover of Kirsty MacColl's immortal “They Don't Know.” It was a rendition she had wanted to record since her days with The Waves.

“I kept saying to them, 'Let's do a version of 'They Don't Know' like that,'” she shares. “[It was] really, really broken down; there's another song in there that Tracy Ullman and Kirsty MacColl – who even wrote it – didn't touch. It could be really, really tender. When The Waves split up, I thought, 'Good, now I can do it!' (laughs)”

In addition to her solid discography, Leskanich has turned up in more than a few unexpected places over the years. Hanging around in a London bar one night in 1982, she ended up meeting – and having quite a few beers with – the members of Hanoi Rocks. Before long, she was in the studio singing on their track “Don't Follow Me” (later released on their essential Oriental Beat album).

“It was wonderful experience,” she says of recording with the Finnish cult legends. “It was hardly memorable [due to] all the alcohol we imbibed when we were working on that track. It was totally bloody chaos, but of course they were realty, really sweet.”

With a great new album and a current tour, Katrina Leskanich is still going strong nearly 40 years after forming her first working band. Thirty years after “Walking On Sunshine” first captured the public's imagination, she looks back on the song with fondness – and a heavy dose of self-deprecation.

“When Kimberley first presented the song to us in the early '80s, it was the dead of winter,” she remembers. “It was depressing, and we were all poor. I was washing dishes in the chow hall; I did that for five years. Vince had a weird job of drilling holes in the bowling balls in the bowling alley on base, Kim was a postman and Alex worked at a mortuary. Kim shows up with this song, and we just thought, 'Well, okay. That's slightly irritating.' We were going through a phase thinking we were really cool. I was going through my Nico phase with the black eyeliner and black turtlenecks, and he comes up with this really happy song; it wasn't like any other song we had. But it was obviously his lucky day. Vince kept saying, 'Oh, God. That song's irritating'...All I knew was that after two weeks, it was still going 'round in my head. We kind of stick with it, but at the time, we were playing around military bases in England and at the Royal Air Force clubs. It was a dance floor emptier. Nobody liked that song...We [eventually] dropped it from our set 'cause it just stunk. Nobody knew how to dance to it. It was the cool Joy Division [era], so it wasn't just working out. We actually stopped doing the song for a few years...So that came back to bite us in the ass, didn't it? (laughs)” 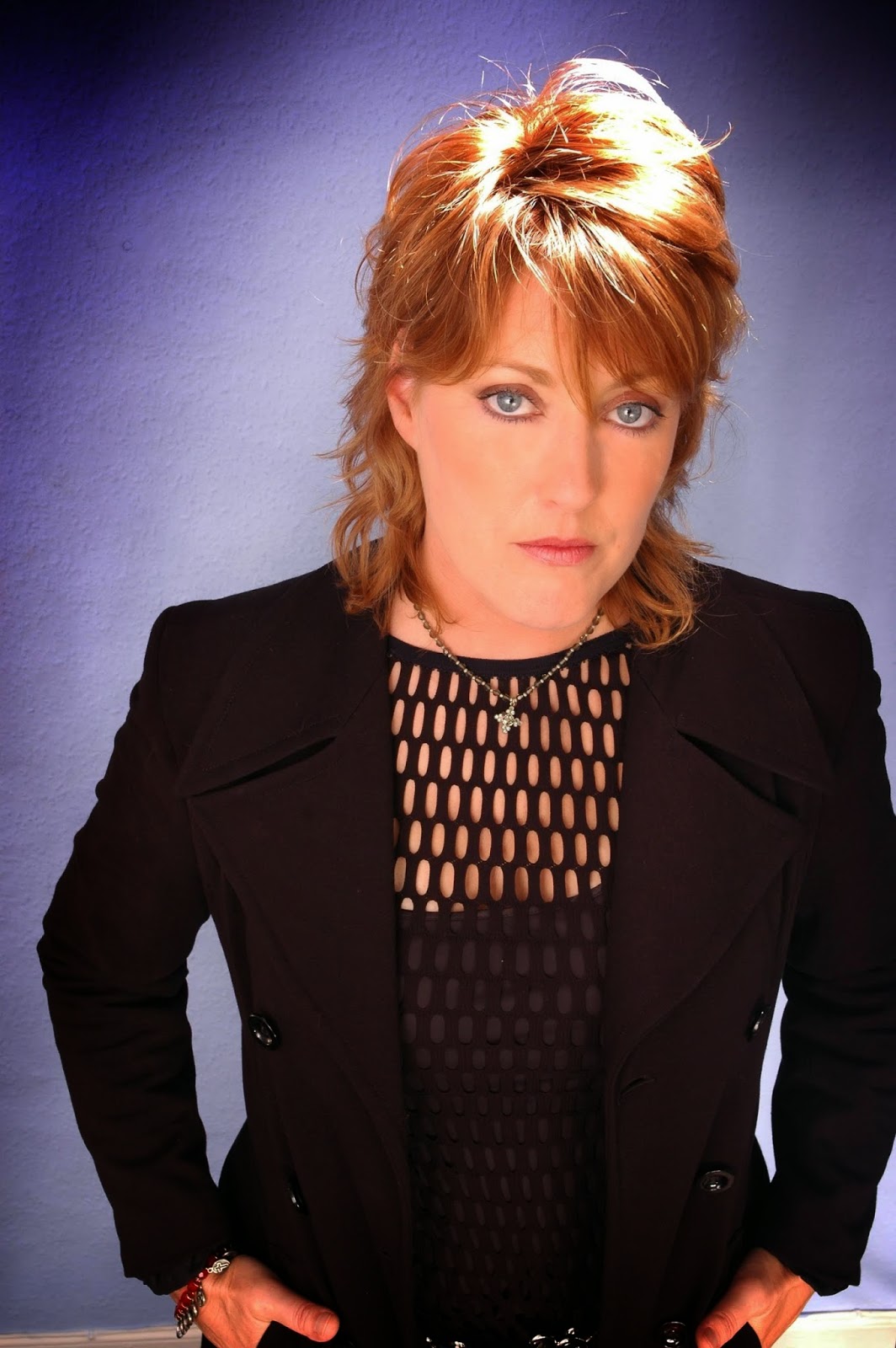