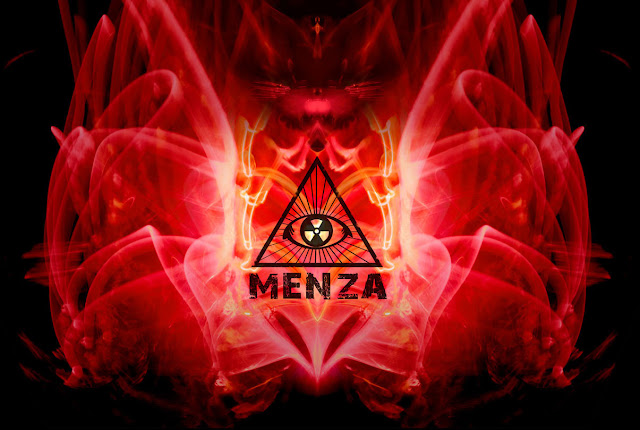 Bill Ward’s hi-hat on “War Pigs.” Lars Ulrich’s double bass on “One.” Steven Adler’s cowbell on “Welcome To The Jungle.” Dave Lombardo’s demonic tom pounding on “Raining Blood.” John Bonham’s playing on…well, pretty much everything Zeppelin ever did. These are all examples of those special moments when a drummer in a band becomes the star of the show. In 1990, the first 86 seconds of Megadeth’s “Holy Wars... The Punishment Due” (off the classic Rust In Peace album) established the band’s then-new drummer, Nick Menza, as a leading figure in Metal timekeeping. A truly inventive player, Menza mixed the sophistication of Jazz with the brutality of Thrash to create a sound that fueled Megadeth from their commercial peak during the first half of the ‘90s until his departure from the group in 1998. Since Menza’s tragic and unexpected passing in May, the music world has continued to mourn and remember a man who made a lasting impact on the genre. Now, the Los Angeles-based visual art team SceneFour will further Menza’s legacy with the release of Influx, the drummer’s long-awaited fine art series.

Out on July 23 (on what would have been Menza’s 52nd birthday), Influx was created by the drummer in conjunction with SceneFour partners Cory Danziger and Ravi Dosaj.

“When Ravi and I started to create these collections, we made lists of drummers that we really admired,” Danziger explains. “A lot of them were people that we grew up listening to. Nick is somebody we always admired through his work with Megadeth. He was always somebody that we had in the periphery of our minds as somebody we'd want to approach. Oddly enough, when things started blossoming with more and more collections, we got an email from his manager saying, ‘Nick is an artist. Would you be interested in possibly doing a series with him?' Of course, we thought, 'Yeah! He's a great drummer!' The choices we make for the people we work with are just people we really like and have a lot of respect for.”


Much like the SceneFour drum art projects with Bill Ward, Dave Lombardo and Steven Adler that were previously discussed on this website, Influx was created by having Menza play drums in the dark using an array of drumsticks and rhythmic accessories that produce light, much like a painter utilizing brushes and oils. The movements featured within the captured rhythms were then studied and developed into abstract artwork. Menza’s session took place at his home in early 2015. Danziger recalls him being an enthusiastic and hands-on participant in the process from the very beginning.

“Nick loved working with the different sticks that we used. He was doing tests without us; before we got [to his house], he had been working with lights. He wanted to have his art look different than everybody else. One of the things he did was create different surfaces for the drum heads that he played on, and different effects were created based upon the surfaces he was playing. For example, he put Mylar onto the heads, and it would reflect as the light was hitting it.”

Each hit that Menza made was not only captured, but reflected – leading Dosaj to describe the images as “explosions of power.” Once the images were captured, Menza continued to work directly with SceneFour in turning them into unforgettable art pieces.

“Nick was pretty adept with the software that we used to work with the captures,” Danziger says. “He was actually supplying us with ideas and working with the captures as well. One thing that he was really enthusiastic about was the mirroring or reflecting approach to rhythm – taking a rhythm and then reflecting it to make a complete image. He was doing that and liked the fact that it brought up these 'faces' within the different visuals.

“The first time I went to Nick's house, I was shocked; it was filled with his own original artwork,” he adds. “He was constantly doing art. He was doing paintings and etching cymbals to make them unique sculptures. He was making incredible candles and crosses and interesting workpieces. He was an artist through and through before SceneFour. He was committed to creating fine art, and he was doing it all the time. I hope one day, some of that stuff will be seen, too.”

A number of pieces were created during Menza’s time with SceneFour. Ultimately, three images were selected to be released as Influx. Originally scheduled for release this past June, Influx was announced via a special email sent out on May 18 to SceneFour’s mailing list. Also on May 18, the intimate Studio City, CA Jazz club The Baked Potato sent out an email advertising the May 21 performance by OHM, “the #1” Fusion Band in Los Angeles,” comprised of Menza, bassist Robert Pagliari and mid ’80s-era Megadeth guitarist Chris Poland. More than a quarter-century since his career-defining work on Rust In Peace, Nick Menza was as active and creative as ever. No one could have known that he would soon be silenced forever.

During the third song of OHM’s set at The Baked Potato, Menza suffered a heart attack and collapsed on stage. He was pronounced dead upon arrival at the hospital. The team at SceneFour was devastated.

“It was out of the realm of possibly that this could happen,” says Danziger. “The first thing we did was let everyone on the interest list know to hold off; we said, 'This is what's happened, and we need to work with the family and figure out what to do.' We kind of postponed it, not knowing whether or not to release it. After the funeral, we started talking with Nick's mom and his manager about how to honor him. What better way to do that than with art?”

Scheduled for release on July 23 with the complete support and blessing of the Menza camp, Influx will be comprised of three pieces each in an edition of 100.

“All three of them are outstanding; they're really special,” Danziger says. “We’ve priced everything so that it's as affordable as possible and that everybody who wants to own this unique project can do so comfortably.”

Although Menza passed before scheduling a time to personally sign each piece, Danziger says that SceneFour is currently working with the family to do “something outstanding” in place of a signature.

“These are some of the most sophisticated pieces we've ever published. They're really spectacular visually, and I think a lot of that is a testament to Nick’s use of materials on the drums themselves when we were doing the capturing.”

Here is the exclusive premiere of “Influx,” one of the three pieces in the series that shares its name: 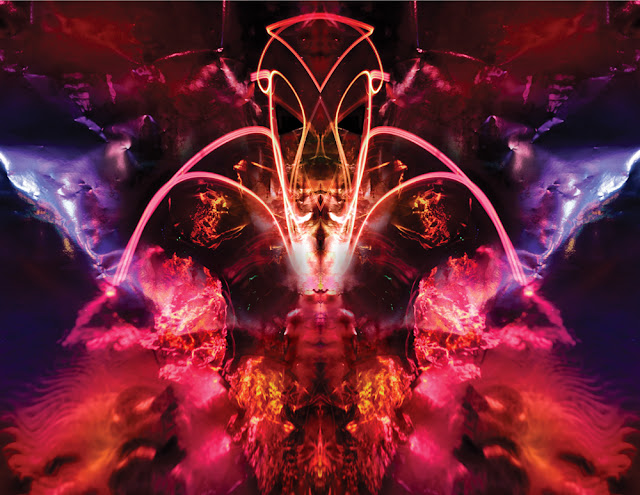 The release of the Influx series will not only showcase a side to Nick Menza that many Megadeth fans never saw before, but will also serve as special way to honor and reflect on a gifted musician who left us far too soon.

“Nick was a really soft-spoken, quiet person,” Danziger shares. “When he was going to do something, he would give it 100 percent. I think it was really admirable that he wanted to give you the best of what he had. In every interaction that I had with him, he went above and beyond. Whether it was his art or his interaction with people, he was all in for life. That same energy that went into his drumming went into all the things he was doing. This collection means a lot more to me that I can put into words, because Nick was an outstanding person. He really was genuine, thoughtful, engaged and creative. He was so wildly talented that the artwork exemplifies all of those aspects. It's really a privilege that I got to work with him, and now it's going to be a privilege that I get to see these come out and hopefully make people remember Nick and his artistry.”