It’s hard for any band – let alone one in the ever-crowded Metalcore scene – to make a lasting impression in today’s music world. But for the American/British group Conquer Divide, earning attention comes down to maintaining a strong online presence and unleashing one of the strongest debut albums in recent memory.

Released in June 2015, Conquer Divide’s self-titled release has steadily brought the band (currently comprised of “clean” vocalist Kiarely Castillo, screamer Janel Duarte, guitarist Kristen Woutersz, guitarist Isabel “Izzy” Johnson, drummer Tamara Tadic and bassist Ashley Colby) into an international spotlight thanks to a series of powerhouse singles including the YouTube hits “At War” and “Nightmares.” The group’s latest video, “What’s Left Inside,” has already received six-figure hits since premiering in May. For Johnson, the track represents a lesser-known side to Conquer Divide’s sonic repertoire.

“Our album is pretty varied,” she says. “We have some really heavy songs, and we have some lighter songs. ‘What’s Left Inside’ is definitely one of our softer songs. It’s just Kia singing, and it showcases her voice really well.”

Conquer Divide's ongoing success in today’s Metalcore scene is impressive when considering the logistics that go into making the band possible. The Bosnian-born Tadic lives in California, Duarte is a resident of Texas, Castillo is out in Colorado and Colby and Woutersz both live in Michigan. The most geographically separated of them all, Johnson, resides in England and has been absent from the band’s most recent touring and video/photo sessions due to the wrist surgery that she was still recovering from at the time of our chat in May. Although Johnson is not involved in the everyday activities of the band due to her commitments at home, she maintains strong ties with the other members.

“We’re constantly in contact online, which is really good. We can do a lot of our songwriting through the Internet. When we have a tour coming up, we all congregate for a few weeks to practice in one area. Most of the time, it’s Michigan. Even though I’m in England right now, the girls are already scattered across the United States anyway when we’re off tour. I don’t really miss too much of the day-to-day things.”

Not surprisingly, the separation between band members leads to an intense work schedule when they do end up in the same place.

“Because we’ve been away from each other, we’re really driven to get stuff done,” Johnson says. “Instead of being together all the time and kind of cruising, we work really hard for a month or two before a tour instead of being casual about it across a longer period of time. I think that makes it easier to commit. You appreciate the time you have when you have a set amount of time to do stuff.” 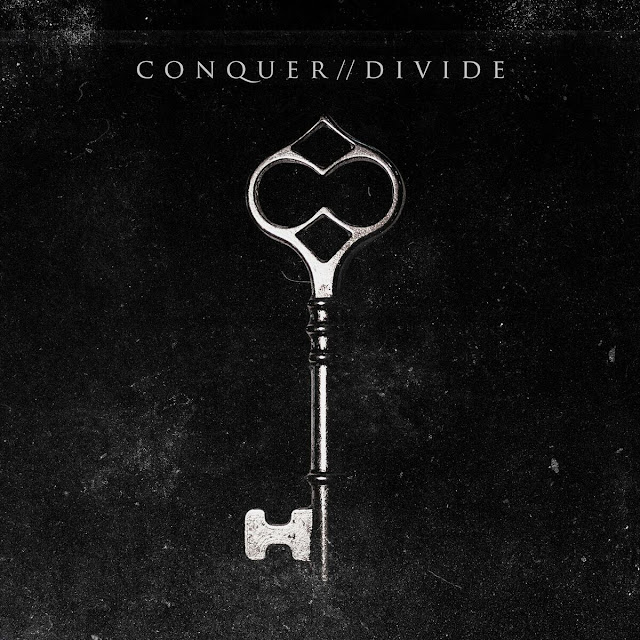 Conquer Divide plan to devote their next set amount of time to working on an upcoming acoustic EP and developing ideas for a second album. Johnson also intends to rejuvenate her long-dormant (and guitar-centric) YouTube page, which had actually served as the catalyst for her being discovered and invited to join the band in 2013. Looking back, Johnson couldn’t be happiest with how far Conquer Divide have come.

“We’re really happy with the response our album got. When we released it, we wanted to showcase what our band was about, and that’s why the songs are pretty varied. They all fall into the Rock/Metal gene, but we have really heavy ones and lighter ones. That’s why our album’s self-titled as well, because we’re just kind of putting ourselves out there as a starting point and showing people what we're made of and building from there.”


With a solid record still making waves more than a year after its release, Conquer Divide are moving ahead in presenting a sound that has earned the respect and attention of new and old fans alike – especially other young women who are are inspired by what the band has achieved. Johnson is pleased to see the group provide this positive path forward.

“It’s nice when you have people who haven't necessarily heard of us come up to us afterwards and say, ‘I didn’t expect that. I thought you guys were setting up for someone else when you came on stage!’ It’s kind of a nice feeling to prove people wrong a little bit because there is a bit of a stigma still for girls playing Metal music. It’s nice to create a platform for other girls out there who want to play music, and show that’s it’s okay and we can play with the best of them. We’ve had girls come up to us after shows and say, ‘Hey, I want to start a band now! I want to pick up this instrument and play this!’ That’s really rewarding.”