More Thunder from the East: Inside Loudness' New Rise to Glory

UPDATE: Shortly after posting this story, I received word that drummer Masayuki Suzuki recently suffered a heart attack and is currently recuperating in a hospital. My best wishes to him for a speedy recovery.

When Japanese Metallers Loudness hit our shores in 1985 with their fifth album, Thunder In The East, and their classic single/video “Crazy Nights” (which featured the fist-pumping lyrical acronym referred above), it marked a well-earned breakthrough for a band that had been slowly building a following since releasing their first album in their native country in 1981. Amazingly, Loudness are still here in 2018 with three-fourths of their original lineup – singer Minoru Niihara, guitar master Akira Takasaki and bassist Masayoshi Yamashita – on board. In January, they released their 28th album, Rise To Glory, on earMUSIC.

One thing sure to amaze longtime Loudness fans who give Rise To Glory a listen is how powerful the band still are after nearly 40 years. While more than a few veteran Metal bands have mellowed with each passing decade, Loudness have retained their intensity to produce one the heaviest albums they’ve ever released.

“We all love Metal,” Niihara says. “If you lose your edge, you’re not Metal anymore! Well, we’re physically rounder now, though!”

While Niihara is quick with the puns, Rise To Glory is no laughing matter. The record’s sharp sonic attack is helped along by the fantastic playing of drummer Masayuki Suzuki, who stepped in following the 2008 passing of the great Munetaka Higuchi. Nearly a decade later, Suzuki is an indispensable part of the Loudness experience.

“He was not perfect when he joined the band,” Niihara admits. “As his style, timing and groove were completely different from Munetaka’s, it took some time until we got used to his drumming. As he gained experience with us, his style started fitting us more and more. It took three years until his drumming finally fit us, whether be it live or writing new songs. His effort is worth praise.”

After Loudness scored stateside attention with Thunder In The East, 1986’s Lightning Strikes and 1987’s Hurricane Eyes, a personnel shakeup led to Niihara being replaced by American singer Michael Vescera (Obsession/Yngwie Malmsteen) for 1989’s Soldier Of Fortune and 1991’s On The Prowl. The reminder of the ’90s saw Takasaki lead a fluctuating lineup for a series of dark, experimental releases that often strayed far away from the band’s original musical formula. The band’s more classic sound returned when the first incarnation reformed in 2000. Eighteen years later, the three surviving original members are tighter (both musically and personally) than ever before.

“In our twenties, we were probably more egoistic and had a lot to say,” says Niihara of the band’s internal issues in the late ’80s. “Now, we are grown up and mature enough to respect and listen to each other. If you don’t respect your partners, nothing works.”

The European and US versions of Rise To Glory are accompanied by Samsara Flight, a 13-song collection originally released in Japan in 2016 that features re-recorded versions of songs from 1981’s The Birthday Eve, 1982’s Devil Soldier and 1983’s The Law Of Devil’s Land.

“It was kind of a challenge for us to play 37-year-old Loudness songs. Also, it was a good opportunity for us to look back at our history.”

Of course, an interview with a member of Loudness would be a missed opportunity if I didn’t ask the question and bypass decades of myths and speculation: For the record, what does “M.Z.A.!” mean?

There you have it, folks. I did my duty.

(On a more serious note, my conversation with Niihara also hit on his love of Soul music. When asked to suggest Soul artists for curious Metalheads to check out, he immediately pointed to James Brown, Wilson Pickett and Otis Redding while also proclaiming his love for Tower of Power’s Back To Oakland.)

With a new album making waves in America, the band is planning to hit the US this May following the cancellation of last year’s tour here due to unexpected immigration issues. Until then, fans can enjoy Loudness’ latest release and celebrate a musical partnership that continues to persevere with the same integrity it had all the way back in 1981.

As Niihara says, “We just want to make cool music. Simple as that.” 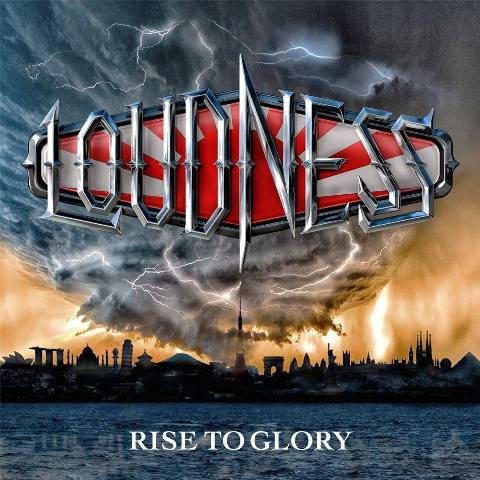