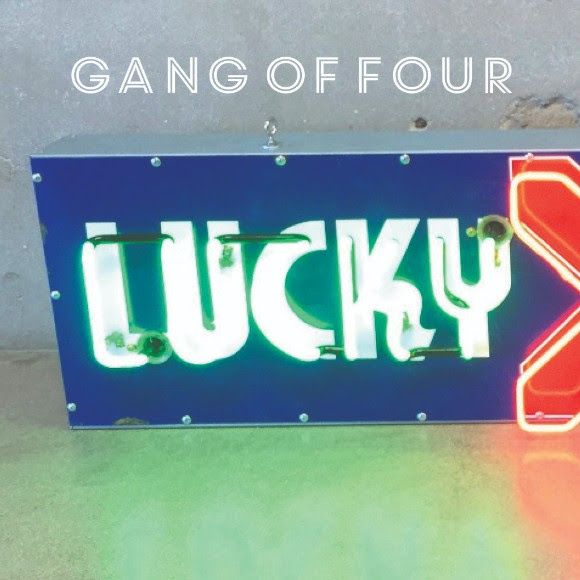 It’s always an interesting and exciting day when Gang of Four decide to grace the world with new music.

Since 2012, the legendary Post-Punk group have been led by sole remaining original member Andy Gill. While the guitarist’s commitment to keeping Gang of Four going at this stage in their 41-year career has led some diehards to cynically call the current incarnation “Gang of One,” the band’s released some absolutely stunning material in recent years. Sure, it hasn’t all been up to the classic Gang of Four standard, but when modern-day Gang of Four (Gill, singer John “Gaoler” Sterry, bassist/10-year Go4 veteran Thomas McNiece and relatively new drummer Tobias Humble) hit the target, they produce sounds that match (and often exceed) the strongest moments of their original glory years. (Case in point: The emotionally charged and utterly beautiful 2015 single “The Dying Rays.”)

Last Friday, Gang of Four issued “Lucky,” their first new song in three years. A preview of their upcoming new Complicit EP (out April 13), “Lucky” finds the band exploring the more melodic vibe of their Songs Of The Free era with some electronica and jagged guitar slashes thrown in for good measure. To my ears, it’s sublime. Have a listen:


Here’s what Gill has to say about “Lucky:”

“This track itself is a product of chance. I’d been watching a serious debate on one of those financial news channels - six white men in suits arguing about the stock markets - and it set me thinking about how limited luck can be. America’s demented ringmaster-clown claims to have bestowed fortune on the markets. He believes himself the master of luck. In reality, they are casinos. A lot of trading is anyway now done by algorithms to try to eliminate the element of chance, but luck isn’t capable of fundamentally changing the system. Even if you believe market crashes are the result of bad luck rather than layer upon layer of human and machine error, the system shudders, restarts and goes on as before.”

While the Gill-helmed Gang of Four have received an equal share of praise and criticism on this site in recent years, “Lucky” has me entertaining the very real possibility that Complicit will be the release to fully establish them as the vital musical force they’ve hinted at being for the past six years. Anything Gill does is worth a listen and a think, and I look forward to my upcoming new opportunity to do both. Expect to read a lot more on Gang of Four and Complicit here in the months to come.