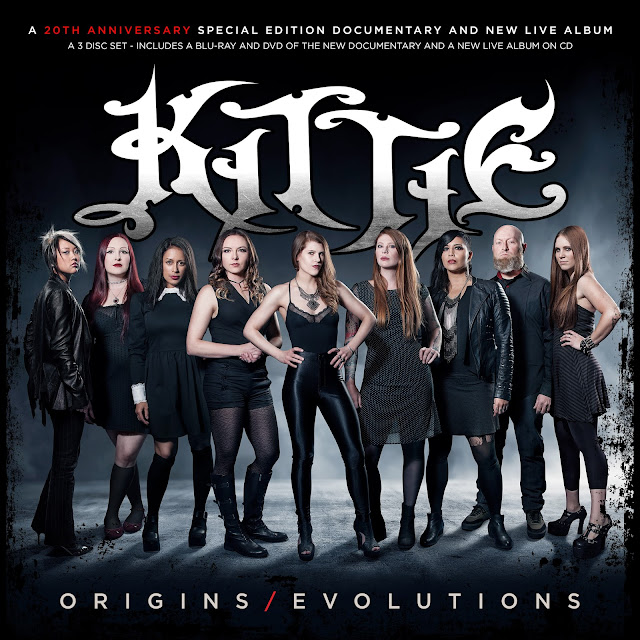 Since 1996, Canadian singer/guitarist Morgan Lander and her drummer sister, Mercedes, have led Metal veterans Kittie through more than two decades of immeasurable highs and soul-crushing lows. Now, a years-in-the-making documentary film aims to tell the truth behind one of the most complex and emotionally charged narratives in music history.

The result of a successful Indiegogo campaign launched in 2014, the just-released Origins/Evolutions traces the band’s history from their beginnings as eager high schoolers writing primitive tunes to their most recent years as a still-relevant, world-traveling sonic force. For Lander, holding a final copy of the three-disc (DVD/Blu-ray/career-spanning live CD) package in her hands has been a heavy experience.

“There’s a lot of emotions. One of them is relief, mainly because I feel like there’s a lot riding on it - obviously because of the milestone and also because it’s been so long that the Indiegogo campaign happened. We did raise a lot of money, and I wanted to be able to pull through for those people. It is unfortunate that these things do take time. I didn’t realize how much went into making a movie and the post-production side of things. It’s all been a learning experience for me, but now I get that when you go and see a movie in the theater, they started working on it like six years before. I’m honored that we were even able to get to this point, and there are a lot of people who are really excited about the release. People still care. It’s a good feeling.”

In addition to chats with family members, friends and supporters, Origins/Evolutions boasts extensive interviews with seven of the nine musicians who’ve spent time playing with the Landers under the Kittie banner over the years.

“Obviously, in order to tell the story correctly, we needed to make sure that everybody was included. In going forward with this, we put our story in [director] Rob [McCallum]’s hands. Rob objectively looked at everyone - what they had to say and what their side of the story was - and made it into a movie that is digestible for everyone, entertaining and goes through the gamut of emotions. This was the idea that Mercedes and I had, but I’m not a filmmaker and not really a storyteller. We put our fates in Rob’s hands, and he did a fantastic job.” 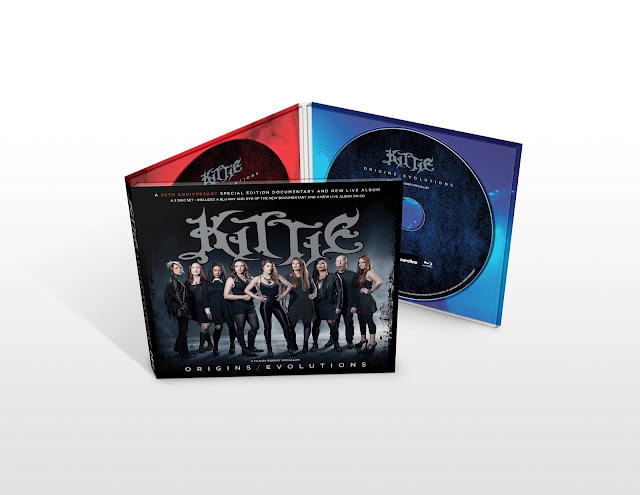 Although former bassist Talena Atfield appeared in the original promotional video for the Indiegogo campaign and on the initial poster for the project, her image is noticeably absent from the cover of Origins/Evolutions.

“I honestly can’t really speak for Talena, but she ultimately declined to do the updated interview. She just didn’t think it was the right move for her, and we completely respect her wishes. We had been in touch, and we talked a lot about it. It’s not like we weren’t talking and it was done on purpose or anything like that. She felt it was the right choice for her. She supports us and has said that she’s happy that we’re getting this out.”

(Another former member, guitarist Lisa Marx, declined to participate in the film in any capacity whatsoever. Lander did not elaborate on the specific details behind the matter.)

The end result of Origins/Evolutions is an intense tale of a band unwilling to surrender despite facing a seemingly endless array of obstacles. Battling drug issues and overwhelmed by the band’s sudden fame, original bassist Tanya Candler jumped ship right before the release of Spit in 2000. Her replacement, Atfield, joined the band in time to appear in the video for their breakthrough hit “Brackish” and tour in support of the record. Just as work began on 2001’s Oracle, guitarist Fallon Bowman left after a fiery inter-band blowup. (Check out this bonus feature for Bowman’s perspectives on the split and her life and career after Kittie.) Atfield soon followed the guitarist out of the band, leaving the sisters to lead a revolving door of guitarists and bassists that has never really stopped spinning. Along the way, the sisters also faced everything from label woes to a lawsuit by Gene Simmons to the sudden death of their father/manager, Dave. Any one of these calamities would have stopped a lesser band in their tracks, but Kittie never gave up.

By the release of 2007’s Funeral For Yesterday, Kittie’s lineup included guitarist Tara McLeod and bassist Trish Doan. Although the album’s smooth production succeeded in earning Kittie considerable radio play, the band’s momentum was dealt another blow when Doan bowed out to address an eating disorder. Two albums later, she returned to the Kittie camp in time to deliver Origins/Evolutions’ closing words:

I don’t have a final statement, because it’s not over - and we always come back for more.

Tragically, what was meant as an encouraging coda to the film took on a new – and deeply sad – meaning between the end of the production for Origins/Evolutions and the project’s release: Trish Doan, a gifted musician/performer and part of one of Kittie’s most popular incarnations, died in February 2017 at the age of 31.

In an act of tremendous strength, Kittie responded to Doan’s passing by soldiering on as always. Late last year, various past and present members gathered for a special live show in London, Ontario to coincide with the premiere screening of Origins/Evolutions.

“It was a lot of work to make the premiere happen and to organize all the trips and the sets,” Lander shares. “I was pretty much doing just about all of it by myself. The payoff was 100-fold. I was up there going, ‘Wow, this is one of the best days of my life.’ It feels really good to be able to say after all this time that whatever people have said on the internet and what people think went on behind the scenes with band members and our friendships and that sort of thing, we can all be on stage together, To me, that’s a testament to the strength and the power of the family idea that we’ve just kind of gone with. Fallon, Tanya, Mercedes and I hadn’t been on stage together since 1999. It’s interesting, because with every incarnation that played that night, the chemistry was all still there. To me, that’s the magical element that makes a band a band. People can just get up there and just play a song, but when you can actually see and feel that, it’s something really special. It felt really good to be able to do it all over again with everyone.”

Not surprisingly, all of the hindsight associated with the Origins/Evolutions endeavor has resulted in Lander doing some serious soul-searching.

“When we first started, we were literally children. We started this band when we were 12 and 14 years old. We were 15, 16, 17 when we were just kind of put out there in front of everyone As an adult looking back and having gone through all of my life experiences, of course I’m going to see how people were treated or our interactions or maybe what I could’ve done differently and how things could have been handled differently. Doing the documentary sort of solidified that... I think we all have done a lot of learning and growing and changing as people. We’ve all made mistakes; we’ve all made our reconciliations... I personally can say that I wasn’t always the nicest person to get along with, but I think my experiences in moving forward and becoming the person I am today has allowed me to see that, recognize that and change that. I feel like I am a different person than I was back then.”

Of course, the various recent activities surrounding Kittie lead to an important question: Where does Lander see the band going from here?

“That’s a good question, because I don’t really know that we’ve planned that far ahead. This documentary is sort of the summation of everything we’ve done for the last 20 years, and I don’t know what’s really to come. I am certain that putting this documentary out will lead to a lot more opportunities to think about those thing, like at some point maybe doing another 20th anniversary-type show and having everybody come out and rip a set. I think that would be really cool, but again it would take a lot of planning. It’s not outside the realm of possibility. After that show that we did in October, everybody was so jazzed up about it; we all were like, ‘Yeah, we should do that again!’ It’s quite possible. In the meantime, we’ve all been doing our own things musically and in life. I’ve been working on music aside from Kittie. Mercedes has [her band] The White Swan; she does a lot of shows and recording. We are still really active.”

While the world waits for Kittie’s next move, fans can listen to the Witch Finger Horror Podcast, which features Lander and friends Yasmina Ketita and Megan Stinson watching and reviewing some of the best of the worst in ’80s cinema.

While decades’ worth of bumps in the road led some to count Kittie out more than once, they are still here. What does Lander credit for the quartet’s undying resilience?

“I think we’re stubborn as fuck; that’s a big part of it.,” she replies. “In looking back, there’s an element that we’ve always felt we’ve had to prove ourselves again and again. [It’s] partly the stubbornness and partly because we feel like we still have a lot to offer.”