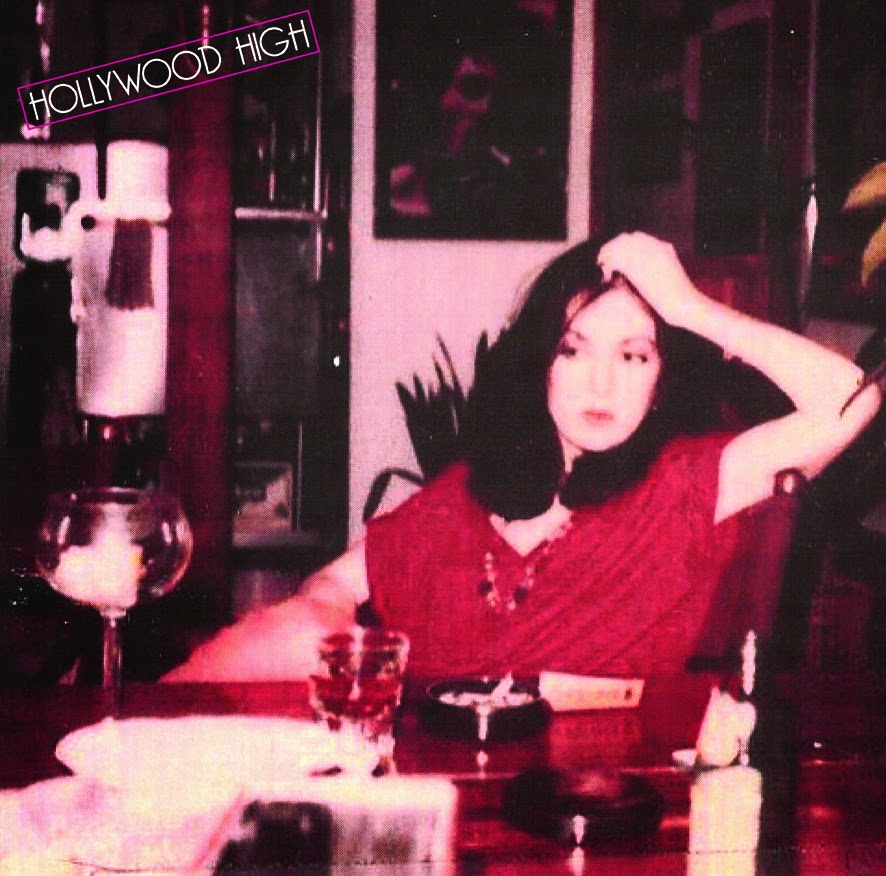 When you get right down to it, legendary writer/Pagans frontman Mike Hudson didn't need to do a goddamn thing after releasing the “Street Where Nobody Lives / What's This Shit Called Love?” single with The Pagans in 1978. As perfect as anything off Raw Power, this two-sided gem easily secured Hudson's place in history, making everything (records, books, articles, etc.) he has blessed us with in the ensuing decades icing on the cake. Not only is Hudson still creating, but Hollywood High proves that hasn't lost the spark that made his early work so incendiary.

Backed by a supergroup including members of Detroit/Los Angeles veterans The Dogs (whose Loren Molinare produced the album), Keith Christopher of The Georgia Satellites and even former Dio/Rainbow bassist Jimmy Bain, Hudson and his raspy, world-worn voice deliver an eight-song, 33-minute blast of energy that reminds listeners of what the real deal sounds like. This ain't Mall Punk, kids - this is real, filthy-barroom-at-1am-with-a-full-ashtray kinda shit. If The Dead Boys had kept their act together long enough to do a third album, it would have sounded like Hollywood High. (Appropriately enough, Hudson and Co. even kick out a cover of “Detention Home.”)

The album's many highlights include the riotous “I Just Got Up,” a harmonica-fueled cover of Son House's “Death Letter” and a new version of The Pagans' “'(Us and) All Our Friends Are So Messed Up.” The album's undeniable centerpiece, “Fame Whore,” finds Hudson delivering a spoken word piece – full of sex, blood, sweat, scratched skin and other nasty human things – over an eight-minute music jam.

Hudson says that Hollywood High was inspired by his turbulent relationship with muse Evita Corby, best known for her sexy-as-hell shot on the back cover of the Kill City album by Iggy Pop and James Williamson (and visually represented on Hollywood High courtesy of a vintage cover shot taken by the late Phil Lynott of Thin Lizzy). If this album is any indication, she's one hell of a lady.