In Days to Come: The Return of Soulside 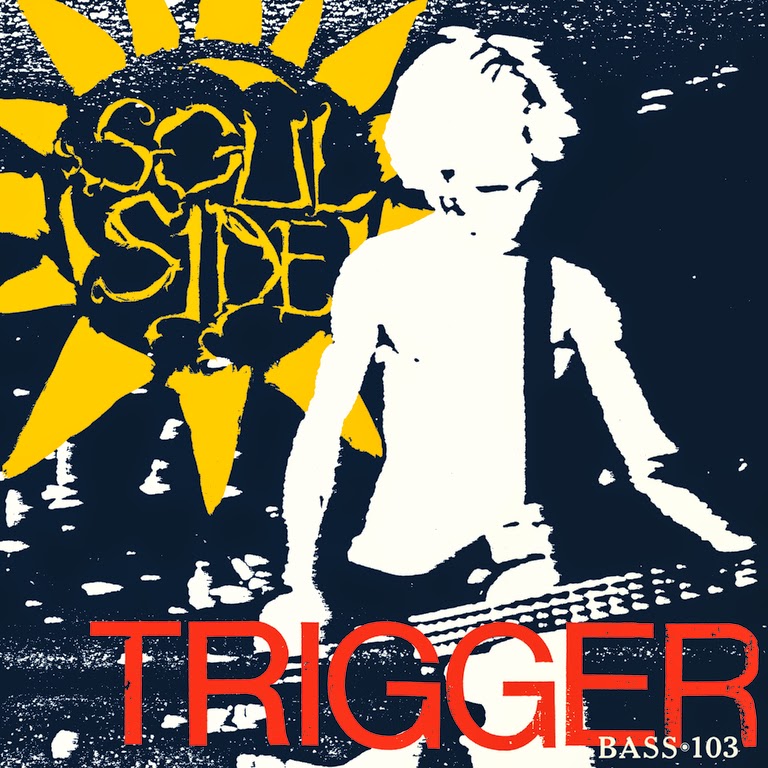 Twenty-five years after playing their last gig, the final lineup of legendary D.C. band Soulside – singer Bobby Sullivan, guitarist Scott McCloud, bassist Johnny Temple and drummer Alexis Fleisig – are set to reconvene this December for a series of east coast reunion shows. As of this writing, the moving target that is the band's upcoming performance schedule includes two shows at Saint Vitus in Brooklyn (December 17 and 18) and two hometown appearances at the Black Cat (December 20 and 21). The December 18 and 20 shows are long sold out, with tickets for the other nights at both venues likely to be gone by the time this feature greets your eyes. The D.C. shows will occur as part of a weekend-long celebration of the release of Salad Days: The Birth of Punk Rock in the Nation's Capital, director Scott Crawford's long-awaited documentary on the D.C. Punk/Hardcore scene of the 1980s. The film boasts interviews with Sullivan and McCloud as well as live footage of the band in their heyday.

Unsurprisingly, Temple is as excited about the upcoming shows as the people who purchased the advance tickets.

“I'm surprised it's taken us so long to play together again,” he says. “I had been hoping for it for years, and the film and Scott Crawford definitely helped to catalyze the situation. The timing was great, of course, because we last shared space together exactly 25 years ago. It's great; it's exciting to part of helping to support the film and have the film help support us.”

Fans can prep for the upcoming shows by checking out a new 12-inch release on Dischord Records that combines Soulside's 1988 Trigger EP with the three-song 1989 single, Bass/103. Released in August on yellow vinyl, the LP serves as a stellar primer for listeners who are just now discovering the band thanks to the considerable buzz surrounding the December events.

“It's incredibly exciting,” says Temple of the re-issue. “It was an honor then and an honor now to be on Dischord. The fact that Dischord does things like take some of their early recordings and re-release them in this way is just absolutely incredible and such a huge inspiration.”

Although Soulside haven't been on a stage together in decades, the band's members have remained extremely prolific over the years. In 1990, Temple, McCloud and Fleisig joined forces with bassist/singer Eli Janney to form Girls Against Boys, an MTV-embraced band that enjoyed stints on Touch and Go and Geffen. In 1996, the funds generated from the Geffen label deal allowed Temple the opportunity to launch his own publishing company, Akashic Books, with Bobby Sullivan and the singer's brother Mark. After the demands of parenthood eventually led the Sullivan brothers to depart, Temple steered the company on his own, releasing such noteworthy titles as the best-selling Go the Fuck to Sleep by Adam Mansbach and Ricardo Cortes, Ziggy Marley's I Love You Too and The Jesus Lizard: BOOK.

In addition to performing in the bands Seven League Boots, Rain Like The Sound of Trains and Sevens, Sullivan's activities in recent years include work with the Rastafarian UniverSoul Order Prison Ministry.

Pleased to once again perform music with Sullivan, Temple is also looking forward to revisiting Soulside with McCloud and Fleisig, who have been his musical partners for nearly three decades.

“I love playing with those guys,” he says. “While I'm busy running Akashic Books, Scott and Alexis are doing a lot of music internationally and all sorts of things. We have a great time playing together and we speak the same musical language. We like to do stuff together, and we've lucky to be able to keep doing so.”

As the gatherings slated to occur during the third week of December will surely demonstrate, the D.C. Punk/Hardcore scene is as vibrant now as it was when elders like the Bad Brains and Minor Threat first hit the stage. Why does Temple feel this region has remained so culturally relevant to the point where a film like Salad Days – and sold-out shows by a band that hasn't played in a generation – would even exist?

“I think there's a real challenge among people in bands in D.C. to create their own voice and do something new,” he replies. “It wasn't appreciated in D.C. if a band was just sort of derivative of another band. If you weren't trying for something unique in a band, then there wasn't really a need for existence. That was something that a lot of musicians shared that was perhaps a hallmark. Also, the aggressive activism led by Positive Force, in particular with Mark Andersen, helped to give music a sense of mission. Even if a band wasn't particularly political or singing about injustice, a lot of bands supported playing shows for free and raising money regardless of the content of their lyrics. I think those were two special attributes of the D.C. music community and the era and vein that I was witness to, which is the same as what is in the movie.”