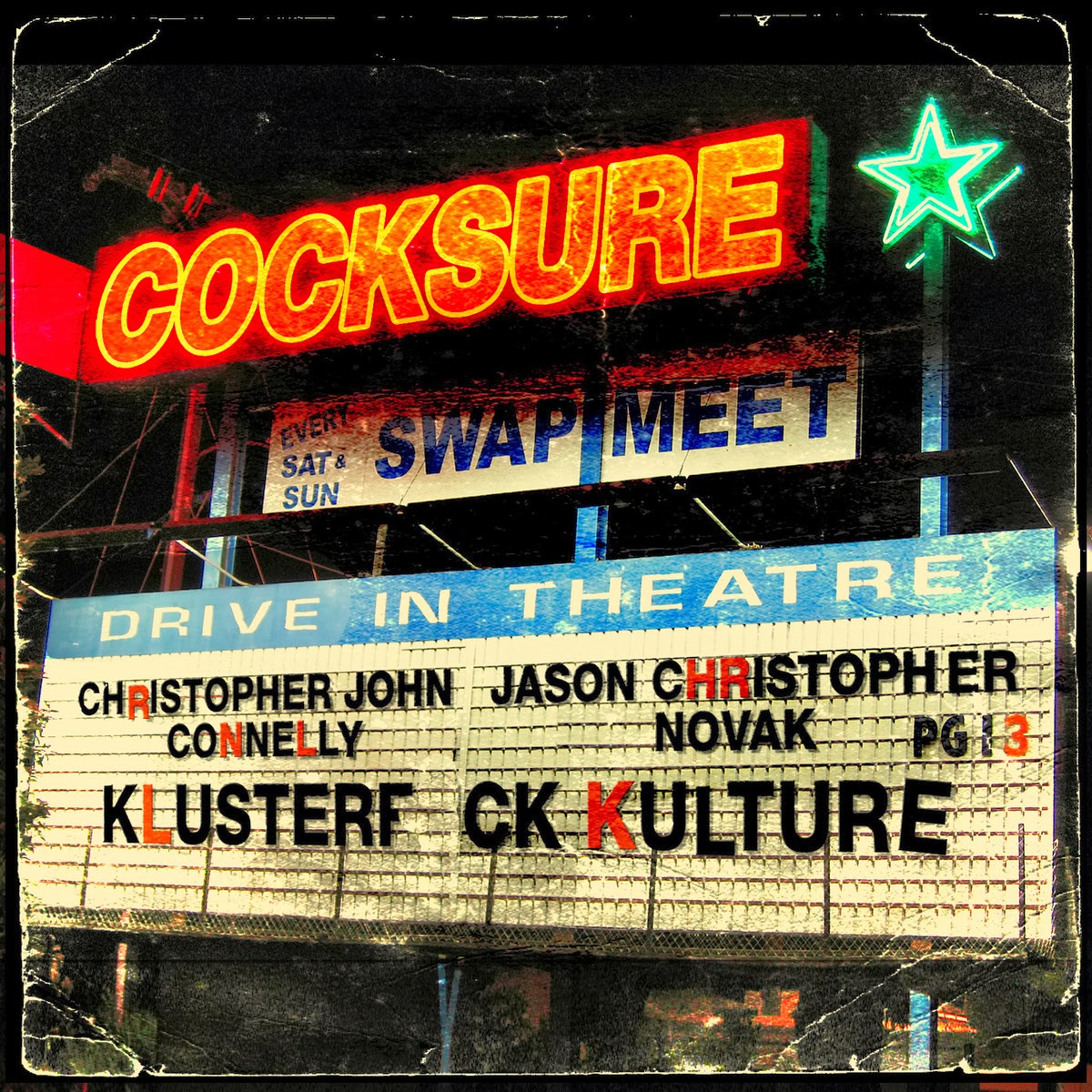 This question was asked over and over during the goofy closing track on Linger Fickin’ Good...and Other Barnyard Oddities, the 1993 major label debut (and, as it turned out, major label finale) of the Revolting Cocks (a.k.a. RevCo), one of many side projects led by Al Jourgensen of the infamous Ministry. The release of Linger Fickin’ Good represented the cultural and commercial apex of Jourgensen’s sonic circus, a love affair with the music mainstream that got a huge shot in the arm (pun intended) a year earlier with the massive success of Ministry’s 1992 album, Psalm 69. While Jourgensen captured much of the Cocks’ media glory at the time, Scottish singer Chris Connelly gained a strong cult following in his own right. Dreadlocked and skinny with a voice that was equal parts Scott Walker and John Lydon, Connelly (also well-known known at the time for his work with Pigface) was an unmistakable presence during RevCo’s heyday, easily becoming many fans’…well…favorite Cock. But not long after Linger Fickin’ Good’s release, RevCo collapsed under the weight of drug abuse and diminished expectations. Tellingly, it was also the last time Connelly ever performed on one of Jourgensen’s albums. (Longtime Ministry/RevCo drummer Bill Rieflin left the fold during the recording of Ministry’s 1996 album Filth Pig, while bassist Paul Barker – an undeniably crucial part of both bands’ success – finally bowed out in 2003.) Although the “Revolting Cocks” returned in the mid-2000s to put out a couple of albums with Jourgensen as the sole original member, it was immediately clear upon the first listen to this new incarnation that the magic - and the core of musicians that made the project so special in the first place - was gone.

Thankfully, fans in RevCo’s home base in Chicago have had the opportunity to re-live the band’s glory days in recent years. Under the “Cocks Members” banner, Connelly, Barker, original RevCo singers Luc Van Acker and Richard 23 and Linger Fickin’ Good-era contributor Duane Buford joined forces with Acumen Nation members Jamie Duffy (guitar) and Dan Brill (drums) to perform Cocks material at the Retrospectacle, a three-day live event held in 2011 at the Metro to celebrate the “33 1/3” anniversary of Wax Trax! Records. In September 2012, “Cocks Members” (minus Richard 23 and Van Acker) returned to headline the inaugural Cold Waves festival at the Bottom Lounge in memory of Duffy, who passed away earlier that year. (16Volt’s Eric Powell took over six-string duties.) Last September, the group returned to perform at Cold Waves II at the Metro.

Did these quasi-reunions mean that the Cocks would fully rise again? Well, yes and no. With Jourgensen supposedly “retired” from touring life (and, at the time of this writing, about to re-enter rehab) and Rieflin currently involved with the new incarnation of King Crimson (following a lengthy stint drumming for REM), a return of the classic RevCo lineup is highly unlikely. However, that doesn’t mean that the spirit of RevCo (and the spirit of Wax Trax!, for that matter) can’t live on in Cocksure, Connelly’s brilliant new project with Acumen Nation’s Jason Novak.

“I’ve always felt that there was unfinished business with the Cocks,” Connelly explains. “The last album, Linger Fickin' Good, was done in two halves - myself, Paul and Bill, and then Al on his own. Al was hopelessly addicted to something or other and ended up using a bunch of loose ends to squeeze out an album side. He then refused to tour for fear of not being able to score drugs on the road, so for me the Cocks ended on a very miserable and frustrating note. I think we could have gone a lot further, and there is no reason I can’t explore these possibilities. After the reunions of the past few years, I felt it time to write a couple of new bangers!”

Some of these “new bangers” appear on KKEP, Cocksure’s debut EP. Released on January 31 and available in MP3 and CD formats at www.cracknation.com, KKEP features four tracks including the insanely catchy “Klusterfuck Kulture.” The EP bites and snarls like a Wax Trax! 12" of old, while the duo’s use of seedy pulp fiction imagery only adds to Cocksure’s nostalgic charm.

KKEP represents the latest chapter in Connelly’s storied non-Ministry/RevCo career, a musical narrative marked by unexpected detours and intriguing left turns. When not touring and recording with an increasingly Metal-ized Ministry, Connelly started pursuing a much different path with the release of 1991’s decidedly unIndustrial Whiplash Boychild. Much closer to Scott 4 than Psalm 69, the album featured a reinterpretation of Walker’s “The Amorous Humphrey Plugg” and the classic track “Stowaway.”


Connelly’s solo explorations continued during and after his association with Jourgensen, producing a slew of highlights including 1994’s Shipwreck, 2001’s astonishing Largo (in collaboration with Bill Rieflin) and 2002’s Private Education.

Aside from a few Pigface tours/sessions here and there and the short-lived Damage Manual project with Pigface leader Martin Atkins, Connelly’s musical output for the better part of two decades was as far away from his Ministry/RevCo days as he could get. His gradual disdain for the genre that fueled the early part of his career is evident in his impossible-to-put-down 2007 autobiography, Concrete, Bulletproof, Invisible and Fried: My Life As A Revolting Cock. Of course, this all makes Connelly’s recently activities very interesting. In addition to Cocksure, he is part of Bells Into Machines, a new project featuring (among others) Barker and former Ministry live sound engineer Lee Popa. He reunited with Atkins in 2012 for two live performances of Damage Manual material, while his 2011 solo album Artificial Madness was a clear return to the Rockier side of things. Things have certainly been getting louder and more distorted in Connelly’s world as of late, so what led to his change of heart when his disinterest in this direction was so apparent just a few years ago?

“You’re right; I wasn’t interested,” he admits. “I am not sure why…mainly because I like looking forward. I guess I found the capacity to look forward and keep exploring musically whilst at the same time having some fun with my past. The other thing is that a lot of the people I have been working with have been close to me for my entire adult life. It’s a chance to keep up with each other now; we all have families or whatever. We don’t have a bowling night or fishing expeditions, y’know.”


Interestingly, KKEP appeared just a handful of days after the release of a special record from Connelly’s very first band, Fini Tribe. Issued on January 20, the Detestimony: Size of Ear 2014 Mixes EP offers four mixes of the ’80s track of the same name and is said to be the first in a planned series of releases from the group. A truly fantastic collection, Detestimony: Size of Ear 2014 Mixes is currently available stateside via the mail-order site for Reckless Records, the Chicago-based chain where Connelly has worked for several years.

So how did it feel for him to hold a new Fini Tribe release in his hands in 2014?

“I am so proud of that record,” he answers. “In hindsight, it’s a beautiful song, and that moment may be the happiest I ever have been. I truly love all the souls involved in Fini Tribe.”

In fact, Connelly went as far as to recently proclaim on his Facebook page, “I wish I had never left the FINI TRIBE.” Clearly, the band is dear to him.

“Hearing ‘Detestimony’ again gave me the nagging doubt that we should have - or I should have - stuck with them, forgotten the lure of the USA and stayed in Edinburgh,” he says. “What I hear in it is this fusion between technology and the beautiful, asymmetrical, wild land that I come from. Probably a midlife crisis.” 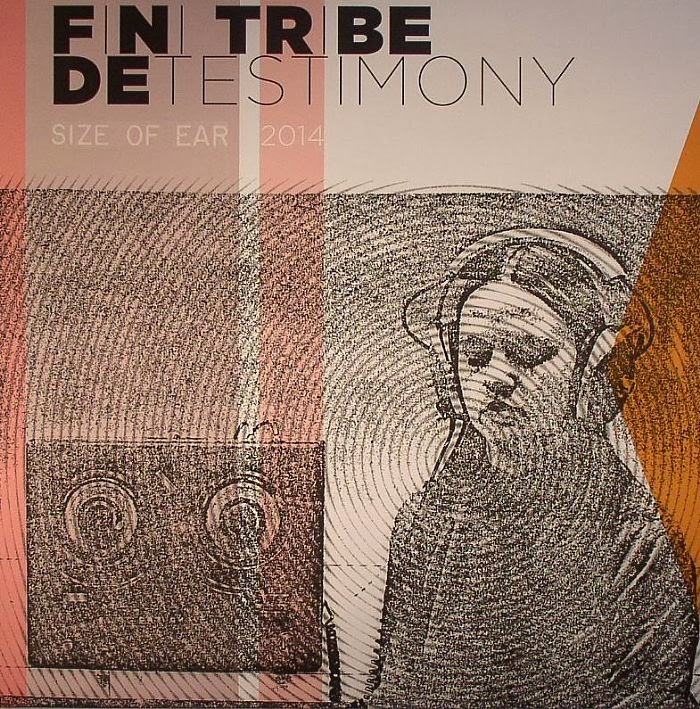 While RevCo may have given Connelly his first true taste of international acclaim, it must be noted that Fini Tribe represented many career firsts for the singer – namely his first Wax Trax! single (a 1987 cover of Can’s “I Want More”) and the recording of a Peel Session in 1985.


“We had x amount of hours to record 15 minutes of music,” he recalls of the latter. “I remember the insane rehearsals, and that the drummer from Mott The Hoople produced it. I remember playing everything really fast, hurting our hands doing handclap overdubs and sneaking into a soundproof room with the boys to smoke a joint.”


Naturally, the near-simultaneous release of the Cocksure and Fini Tribe EPs has made many (this writer included) reminisce about a fantastic time for music – and the greatest independent record label of the 1980s. Thanks to an amazing Wax Trax! mail order/archival website (overseen by Julia Nash, daughter of late Wax Trax! co-founder Jim Nash) and a thriving Facebook community, the long-out-of-business Wax Trax! maintains a strong presence in today’s music world. Why does Connelly feel that Wax Trax! remains such a beloved label and era for so many?

“Simply because they did something that no one else did, during a unique time and in a unique place,” he replies. “It was so much more than a label; it was a conduit, an inspiration and a laboratory.”

In addition to having full-length albums by Cocksure and Bells Into Machines on the way, Connelly has been making waves around Chicago with Sons of the Silent Age, a David Bowie tribute act also featuring former Filter/Smashing Pumpkins drummer Matt Walker and Shirley Manson of Garbage. He’s also found time in recent years to publish a novel (2010’s Ed Royal) and record an album with Steve Shelley of Sonic Youth under the name The High Confessions.

Thirty-plus years after launching his music career with Fini Tribe, Connelly is still embracing every opportunity to sing into the unknown and do away with anyone’s preconceived ideas of where he’s going next.

“I don’t plan these things ever, as you can tell from my solo career,” he says. “I am in a position, like many, where no one ever breathes down my neck and insists I do something.”