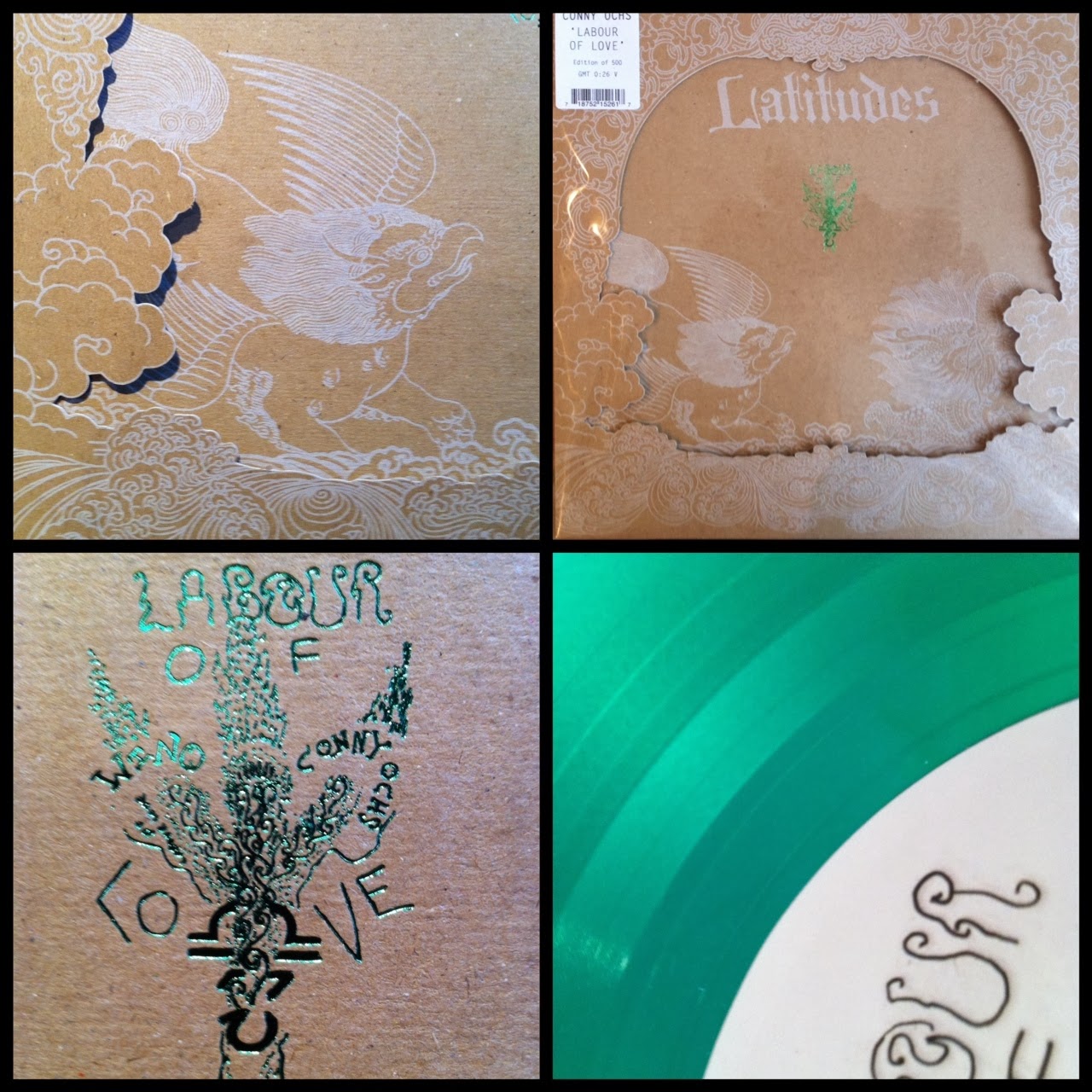 Downloading a legal Mp3 version of an album is just fine, but holding amazing record/CD packaging in your hands while listening to that music makes the experience so much sweeter.
This reality is not lost of long-running UK indie label Southern Records. Already known for their decades of tireless work in support of esoteric artists, Southern have taken their appreciation for the aesthetic charm of album/CD packaging into a thrilling new world in recent years with their ongoing “Latitudes” series of special releases.
As explained on the Southern website:
We came up with the idea of our Latitudes series in 2005, partly in honour of John Peel and the great work he did championing so many bands with his BBC Radio One sessions, and partly making reverence to Southern’s origins as a recording studio in the late 1970s, a studio which has continued to operate alongside our label activities. Many incredible bands have recorded at Southern – Crass, Sonic Youth, The Fall, PW Long, Fugazi, Therapy, PJ Harvey, Lee Perry, Bauhaus, Mark Stewart, Antisect, Big Black, Shellac, Babes In Toyland, The Jesus And Mary Chain, Ministry, My Bloody Valentine… the list is virtually endless. However, in more recent years not so many of the bands we work with have had the chance to record at Southern Studios, though it has remained a very active studio. With Latitudes, we hope to reaffirm the bond between our studio and label activities, and in 2009 we even moved all of our offices back into the studio building.
Latitudes is a simple concept. We agreed it would be a great idea to offer our favourite bands – many of them passing through London as part of a European tour – the opportunity to spend some time recording something spontaneous, collaborative, fun or experimental in our studio. Whatever the band wants to achieve in a one-day session — essentially something truly transient, imaginative and unique. Something we hoped to capture in the aesthetic of the resulting record – something with boundless creative scope and freedom – specific to a certain time and space – something with latitude...
Another factor behind the Latitudes series was our impetus to create something unique and beautifully packaged, in limited runs, distributed primarily through smaller, independent distributors, mail orders, web shops and retailers – basically something special for the people who love and support music, in times of mass production and musical genocide. The artwork for each one of our Latitude releases will be specifically embellished by the band. Cult designer Stephen O’Malley has provided us with a wonderful template for the series – think smoky wavy cloudscapes and creatures of apocrypha. On top of this visceral odyssey of a cardboard CD casing, we ask our bands to design an artisan sleeve motif and insert, bearing the details of the session and a photograph which symbolises the spirit in which the session was recorded.
We couldn’t be happier with the reception that Latitudes has received. Most of the pressings have quickly sold out (though we do stash away copies for our mail order), and the bands have all been really happy with the way their releases look and sound.
In 2007, we started releasing some of the titles on vinyl as well, and in 2012 we completely redesigned the vinyl packaging so that it perfectly compliments the original CD design in its unique aesthetic.
Latitudes is our special adventure, and we hope that you will join us for the journey. 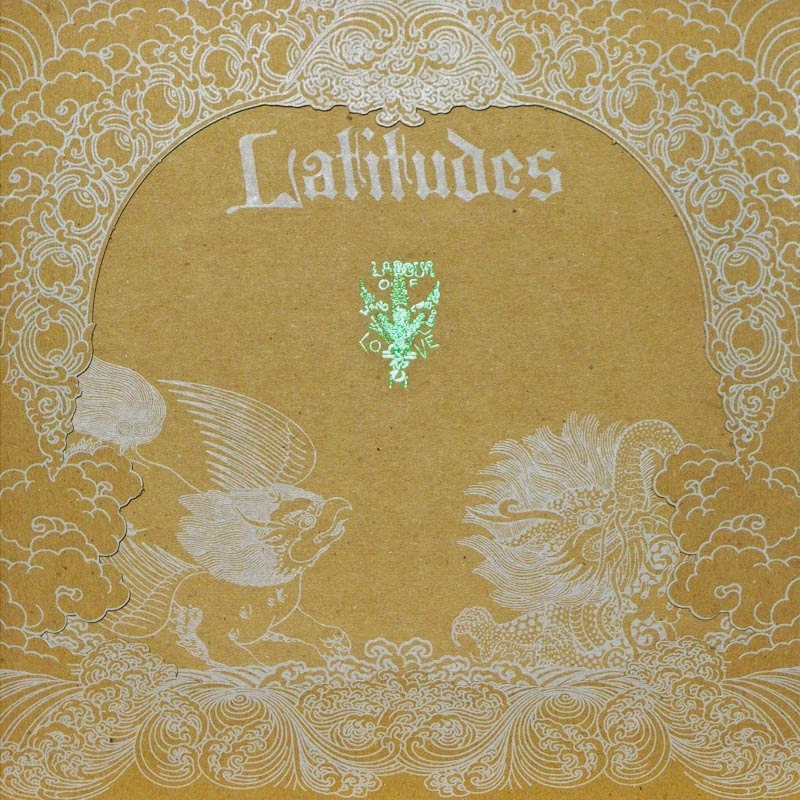 This “special adventure” has already yielded nearly three dozen limited edition releases. Very often, the stunning sleeves house music that represents the artists’ attempt to step away from their usual creative comfort zones and come up with the unexpected. As an example, let’s take a look at the Latitudes releases from two of the most popular performers in the series, Wino and Chelsea Wolfe.

As frontman of The Obsessed and Saint Vitus, Scott “Wino” Weinrich is an undeniable Doom Metal legend. But on the Latitudes release Labour of Love, Wino straps on an acoustic guitar, joins forces with German “Dark Folk” artist Conny Ochs and delivers soulful, campfire-ready covers of songs by Crosby, Stills, Nash & Young (“Find The Cost Of Freedom”), Chris Whitney (“Dirt Floor”), Townes Van Zandt (“Nothin’”) and Joy Division (“Isolation”).
Really. No lie. He actually does this. And it sounds absolutely amazing.
Released in March 2012, Labour of Love is strictly limited to 500 copies on deluxe foil-stamped CD and 500 copies on heavyweight green vinyl in die-cut, foil-stamped sleeves. There are still copies of both formats available as of this writing, but it’s a smart idea to act now if you want one.
Labour of Love is also available packaged with Wino & Conny Ochs’s 2012 full-length album Heavy Kingdom in a handcrafted, branded wooden cigar box. For this special co-release with Exile On Mainstream Records, Heavy Kingdom comes packaged in a handmade twelve-panel fold-out cruciform wallet with gold and black silkscreen and eight-panel accordion-fold lyrics, while Labour Of Love is housed in a handmade origami wallet with green foil embossing and an insert. This gorgeous collection is limited to only 300 copies. 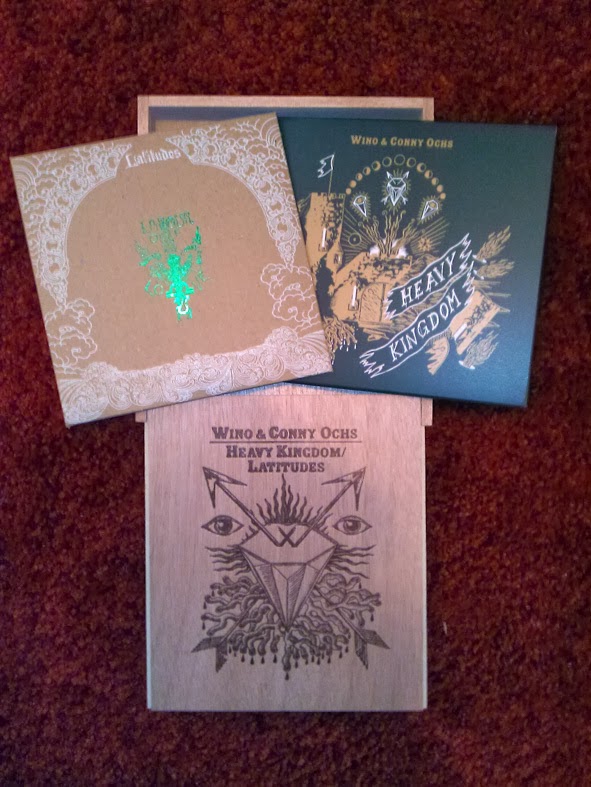 Anyone who’s been following the indie music press in recent months (or watches Game Of Thrones, for that matter) knows that Chelsea Wolfe is on the cusp of a major career breakthrough. This is probably a big reason why her Latitudes release, Prayer For The Unborn, sold out in a flash. Released in January 2013, Prayer For The Unborn saw Wolfe take a handful of chaotic Rudimentary Peni songs and transform them into a low-fi, Goth-tinged blur that sounds like PJ Harvey taking on Siouxsie And The Banshees’ Join Hands. Astonishingly inventive, Prayer For The Unborn was released in an edition of 500 LPs on 180g black or red vinyl in die-cut, hand-packed/hand-numbered sleeves with an insert, while a CD version was issued as 500 hand-packed/hand-numbered discs in a foil-blocked, letter-pressed origami-fold wallet with an insert. Cover art for both editions was created by none other than Rudimentary Peni’s Nick Blinko. 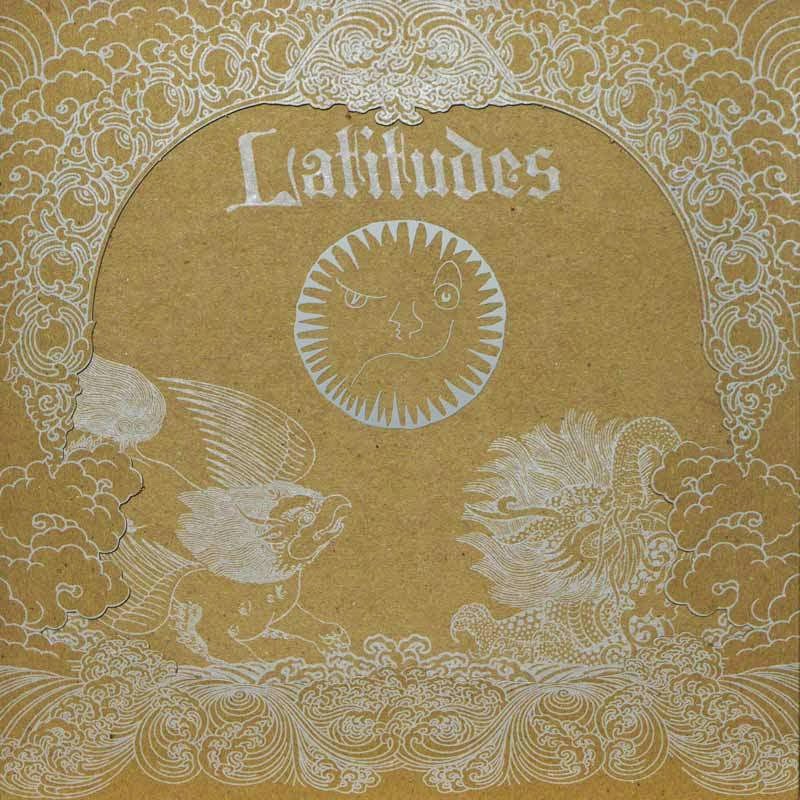 Information on other Latitudes releases is available HERE. Get them while you can.