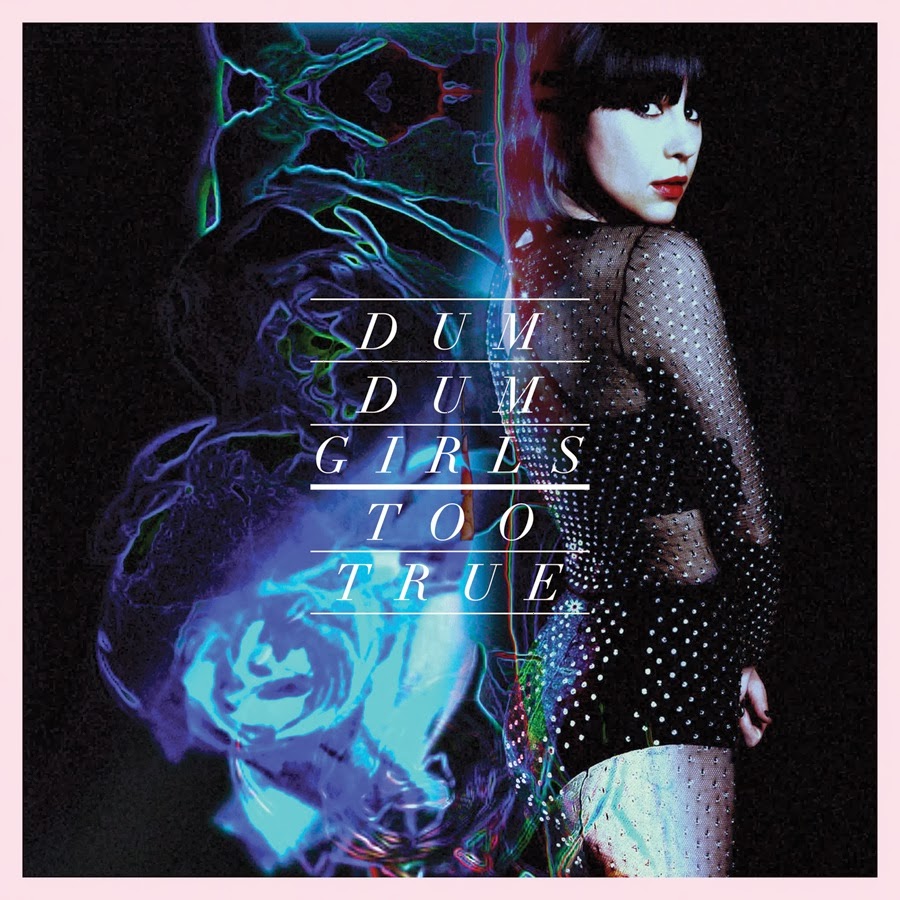 Charting singer/multi-instrumentalist Dee Dee Penny’s evolution over the past near-decade has been an intriguing study of how an Indie queen can be a Pop star at heart. Formerly the drummer/singer in San Diego band Grand Ole Party (and previously known as Kristin Gundred), Dee Dee launched The Dum Dum Girls as a bedroom recording project in 2008. The first Dum Dum Girls album, 2010’s I Will Be, was a delightfully echoed-out, lo-fi affair that sounded like first Pretenders album recorded on a boombox. The production was smoothed over on 2011’s stellar Only In Dreams, which showcased Dee Dee’s ability to create an unstoppable earworm. (Take a listen to “Bedroom Eyes” and enjoy the song being stuck in your head for the next week.) As hinted on 2012’s dramatically evolved End of Daze EP, Dee Dee has finally gone larger than life with The Dum Dum Girls, fully embracing a big song/big production approach on Too True in an impossible-to-deny shot at the Big Leagues. Remember the last time an act on Sub Pop decided to go to the top? While Too True surely isn’t destined to have the same cultural impact as that other band, it’s still a wondrous sonic experience and one of the best albums Sub Pop – or any label, for that matter - has ever released.


From its spotless instrumentation to the fonts used on the cover and CD booklet, everything on Too True is a very welcome reminder of the past. Album opener “Cult Of Love” evokes Lovelife-era Lush, while a splash of Tanya Donnelly-era Throwing Muses drives the shimmering “Evil Blooms.” The flawless “Rimbaud Eyes” hits the listener like something out of a classic John Hughes movie thanks to its Document-era REM charm, while Dee Dee’s vocals on the mid-tempo ballad “Are You Okay?” and the tom tom-heavy “Too True To Be Good” are classic The Rapture-era Siouxsie. The jaw-droppingly great “In The Wake Of You” is old-school college radio Rock that sounds like Belly fronted by Julianne Regan of All About Eve. “Lost Boys And Girls Club” (watch video), “Under These Hands” and “Trouble Is My Name” are the kind of songs you’d expect to find inside a time capsuile buried behind the offices of 4AD in 1991, while “Little Minx” is 150 seconds of pristine Reagan-era Modern Rock (listen to that ’80s snare!) If your late Sundays nights/early Mondays in the late '80s/early '90s were spent watching 120 Minutes, this is the album for you. (By the way, Slowdive has reformed. How about a tour with Dee Dee and Co.?)

And in an age where bands tend to cram as much music as possible on a CD, Too True clocks in at just under 31 minutes – joining classics like Ramones and Surfer Rosa in proving that not every album need to be as long as BEYONCÉ to make its point.


Yes, the songs that comprise Too True sound like other acts. Yes, Too True sometimes comes off more like a collection of other bands’ ideas than a creation by a unique artist building her own identity. But on no other album released in the last decade or so do so many great sounds collide in one place. Any quibbles over originality are instantly overshadowed by how beautifully every second of this album is perfected and presented. Some might say this is Dee Dee’s shameless, big-time mainstream cash grab record. Who cares! It’s too damn good not to completely love.

Dee Dee isn’t reinventing the wheel with Too True; she’s reminding us of how magical the wheel once was. It will be incredibly difficult for another artist to top this album in 2014.

Too True is available on Sub Pop Records.