FEATURE - The Heretics Return: Valor Kand on the 'Evilution' of Christian Death


The album cover with the image of Jesus shooting up dope. The anti-religious song lyrics. The combustible inter-band relationships. The incendiary music. Long-running Goth legends Christian Death are known for many things. Existing in one form or another for more than three decades, the band (currently a trio of guitarist/vocalist Valor Kand, bassist/vocalist Maitri and drummer Jason Frantz) has carved out an ever-controversial niche for itself by blatantly attacking the elements in society that seek to manipulation and control. Currently, this longstanding goal is driving the creation of The Root Of All Evilution, the first new Christian Death album since 2007's American Inquisition. The group is in the final days of a special PledgeMusic campaign to fund the recording and manufacturing of the album. Exclusive items and incentives for fans range from special art created by Kand's daughter Zara to having the band play your funeral. (“We’ll be on standby until your demise” says the band on their PledgeMusic project page.)


In Kand's mind, funding the upcoming album through PledgeMusic - and thus not working with a record label - allows Christian Death a level of freedom they haven't enjoyed in some time.


“You don't have to deal with other people doing it this way,” he says. “With labels, you're talking about their money; you're talking about they way they do things as opposed to, 'Let's just do this and that's all there is to it.' Another reason it's not worth dealing with record companies is that they don't have any money because people really don't buy CDs and vinyl anymore. That was their mainstay, so now the cash flow isn't there to really fund projects and put bands on the road to do good shows.”

Five percent of any money raised beyond the band's funding goal will go to the Freedom from Religion Foundation. According to its website, the Foundation exists to “promote the Constitutional principle of separation of state and church, and to educate the public on matters relating to nontheism.”

“[The Foundation] is not just trying to argue a point; it's basically out there to help people who come into conflict with societal control through religious morality,” Kand explains. “I don't think they're huge enough; there are too many big things above them that could squash them, but they have been winning in legal courts.”

Clearly energized by the endless possibilities provided by the crowdfunding concept, Kand was excitedly bouncing around numerous ideas for fan incentives during the course of our conversation, even drawing inspiration from the cedar trees he was cutting down on his New England property just prior to picking up the phone.

“For the cedar trees around here, the common size is six inches,” he observes. “If you slice the trees thin enough and put the pieces together, it could make a great cover for a CD!” 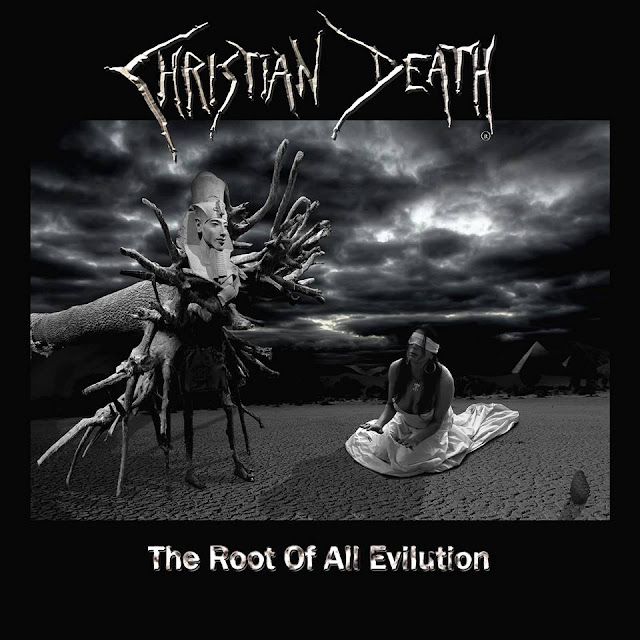 Naturally, the album's title and overall tone stems from Valor's long-running interest in the darker sociological aspects of human existence. As he sees it, the evolution of evil has been an ongoing process throughout history– from the deeds of Adolf Hitler to the hypocrisy of disgraced religious leader Ted Haggard.

“How evil can it really get? How cruel can people really be?” he asks. “The things [these people] did were just completely opposite of what they were selling. It's something that I'd like more people to think about, because it would really have an effect on all of our lives if we get a handle on the insanity of it all.”

In addition to gearing up for a new album, Christian Death currently boasts the most stable lineup that's ever existed in their long and often-tumultuous career. Maitri has appeared on every Christian Death album since the 1992 compilation Jesus Points the Bone At You?, while Frantz has been with the outfit for nearly six years.

“He's very good at everything he does,” says Kand of the skinsman. “He's a wonderful person; he's also a great mediator when people are having conflicts, because he's so mellow. It's always nice to have that around.”

Formed in California in 1979 by singer and artist Rozz Williams, Christian Death experienced a number of member shakeups before splitting in 1983. Later, Williams joined forces with the group Pompeii 99, which featured Kand, Gitane DeMone (vocals/keyboards) and David Glass (drums). At the strong urging of the French record label L'Invitation au Suicide (who had released Christian Death's 1982 album Only Theatre Of Pain in Europe), a reluctant Williams and Kand re-branded this configuration as “Christian Death.” This new foursome (aided by a revolving door of bass players) recorded two classic albums, 1984's Catastrophe Ballet and 1985's Ashes, before Williams left the group to pursue other interests. The rest carried on under the “Christian Death” banner, although DeMone and Glass both departed by the close of the '80s. Glass went into band management, while DeMone pursued a solo career. Tragically, Williams (whose extensive body of work includes releases with Shadow Project, EXP and Daucus Karota) took his own life in 1998.

While the band's past personnel predicaments (including that very strange time in the early '90s when Valor and Williams each had their own version of the band gigging and putting out records simultaneously) are infamous, today's Christian Death is a considerably more harmonious unit.

As their guitarist explains, “All three of us enjoy and appreciate the same pleasures in life, and we're tested by the same issues. I'm obviously philosophically and politically motivated, Maitri's more in tune with Eastern philosophies and Jason is right there in the middle. We have great conversations; we work together well and we play together well.”

Although Christian Death is clearly focused on the present and future, the band has devoted time over the last two years to making a large chunk of their post-Williams discography (from 1985's The Wind Kissed Pictures to 2000's Born Again Anti Christian) available digitally for the first time. What was it like for Kand to shift through decades' worth of music and memories to complete the project?

“The emotional content obviously varies from time to time, and the music is an emotional representation of the lyrics,” he replies. “The lyrics are inspired by events that happen to you as they're happening. It could be finding out about something from the past or worrying about something from the future or discussing something in the present, but it's something that's happening to you at that moment. I can reflect on those emotional feelings I felt that those times; they come back in full force each time I hear old stuff. But I try not to dwell on and listen to old stuff; I mostly hear it when I'm in the presence of other people because they're playing it for me. I'm very anxious; I just have to create music more than I have to listen to what I've done before.”

That said, Valor remains especially fond of the three Christian Death albums created at Rockfield Studios in Wales, the iconic studio responsible for classics ranging from The Damned's The Black Album to Bauhaus' The Sky's Gone Out.

“I loved Catastrophe Ballet, Atrocities [1986] and The Scriptures [1987] because they all had a specific sound that was achieved in that specific studio, and we had the luxury of doing that,” he says. “We had issues with record companies in the '90s; we never got back to a studio that I was happy with. We were encouraged to go to places we really didn't want to go to, but we said, 'Okay, we'll do it' just because it was a budget thing. Rockfield was where 'Bohemian Rhapsody' was recorded; it was just a fantastic studio. The engineers there knew how to work the room and equipment.”

Recently, both Catastrophe Ballet and Ashes were re-released as limited “30th anniversary” vinyl editions by the French label Season of Mist. Seeing Ashes back in the world in this fashion is especially poignant, as it marks three decades since Kand last worked with Williams in a studio. Looking back, he has mixed feelings on the album that resulted from these sessions.

“Ashes should have been a longer record than it was, and that was a budget issue as well,” he recalls. “We had to record in LA because of people's personal issues. I never liked the studios in LA, but I tried to make Ashes work. I'm not saying that I didn't succeed, but it was seven songs. I could have produced 10 songs at Rockfield in the same amount of time and for the same money. That's a sore point for me, but I love what we did with it. I love everything about it.”

Kand remains especially fond of the Ashes' jarring closing number, “Of The Wound.”

With a new album in the works and tour plans unfolding as I type this, Christian Death are soon to embark on another fascinating journey. While many of his original contemporaries have left the scene, Valor Kand soldiers on, guiding the Christian Death saga forward with a desire to always explore new methods of spreading his confrontational gospel to the masses. 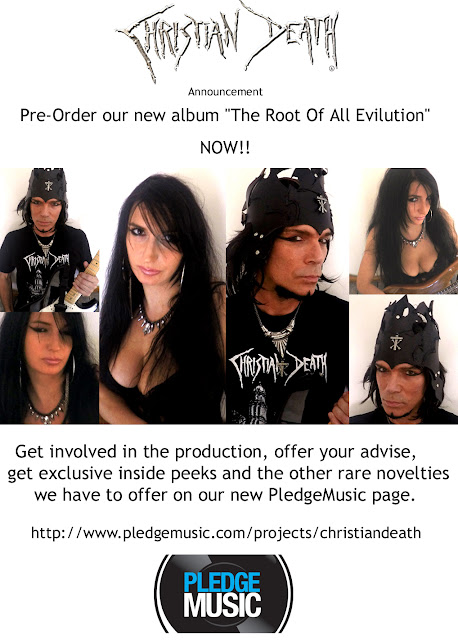